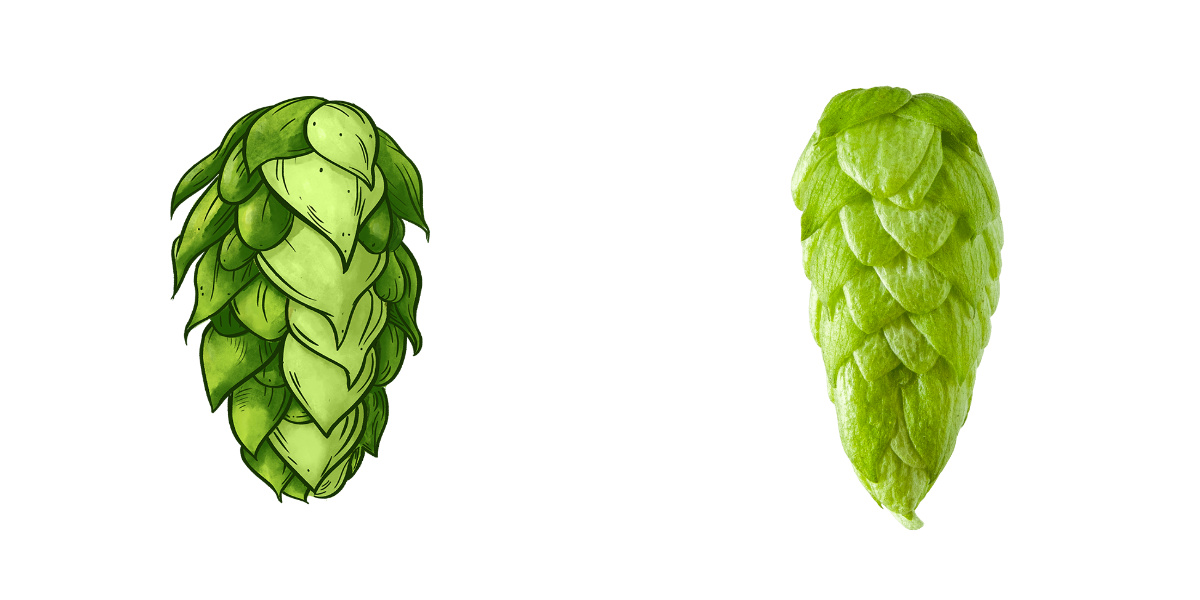 Compare Amarillo to others »

Origin and Geneology of the Amarillo Hop

The Amarillo hop variety was accidentally discovered by Virgil Gamache Farms in 1990 when they found it growing alongside their Liberty hop field. They began cultivating it in 1991, then patented it as a new variety in 2003. It was originally patented under the identifier of VGXP01. It was released to the public shortly after receiving the patent.

Amarillo is sometimes referred to as Amarillo Gold.

Amarillo is an aroma hop that is typically used in only late boil additions, including dry hopping.

Amarillo hops impart a distinct flowery, spicy, tropical, citrus-like flavor and aroma in beer. The citrus has qualities of orange and lemon, like Cascade, but much stronger. Other aroma descriptors include grapefruit, melon, apricot and peach.

Amarillo hops offer solid bittering properties in the 9-11% Alpha Acid range. It also packs one of the highest myrcene oil contents (60-70% of total oils) of any hop. This extremely high Myrcene content gives it a very sweet citrus flavor and aroma that is closer to oranges than grapefruit.

Amarillo has become one of craft brewer's most favorite hops. It is often paired with Citra, Simcoe, and Mosaic in many juicy IPAs and pale ales.

These are the common ranges that we've seen with Amarillo hops over the years. Each year's crop can yield hops that have slightly different qualities, so these number ranges are based on history.

Here is the relative frequency of the top 6 hops that are used with Amarillo:

Some popular beer styles that make use of the Amarillo hop include Pale Ale, IPA, Porter, Wheat Beer & Amber Ale.

Amarillo is also sometimes featured as a single hop in beers to highlight its unique flavors and aromas. It can be added either as a fresh hop, or via hop pellets. Some popular examples of commercial beers that use 100% Amarillo hops in their recipes are Hill Farmstead Amarillo Single Hop IPA.

If the Amarillo hop is hard to find or if you are simply out of it on brew day, you can try to substitute it with a similar hop. The old way of choosing replacement hops was done by experience and "feel". There is nothing wrong with that way. However, we wanted to build a data-driven tool to find your Amarillo substitutions.

Experienced brewers have chosen the following hop varieties as substitutions of Amarillo:

Is Amarillo available in lupulin powder?

Yes! There is a version of the Amarillo hop in lupulin powder form. Amarillo lupulin powder is suggested to be used at about half the amount as you'd normally use with pellets. The Cryo/LupuLN2 (Yakima Chief Hops), Lupomax (Haas) and Hopsteiner products are pure concentrated lupulin powder, which add big flavor when used in the whirlpool or dry hop additions.

We love statistics. We've analyzed hundreds of IPAs, dug into the Hop Growers of America's annual reports[2] and researched the history behind some of the most popular beer ingredients. Here are a few of the things we've found interesting about the Amarillo hop:

You can embed the information we have on the Amarillo hop on your own website. Just copy the code below and paste it anywhere on your site.