Two Roots Brewing has a nifty tasting room in Ocean Beach. Their beers are good and the setting is very nice. Relax in the large window open to the street, or at the long bar.

The nautical theme is gone, replaced with a clean, modern look. But the bar, tables, large window open to the street, and the rotating local art displays on one wall, all that is the same. 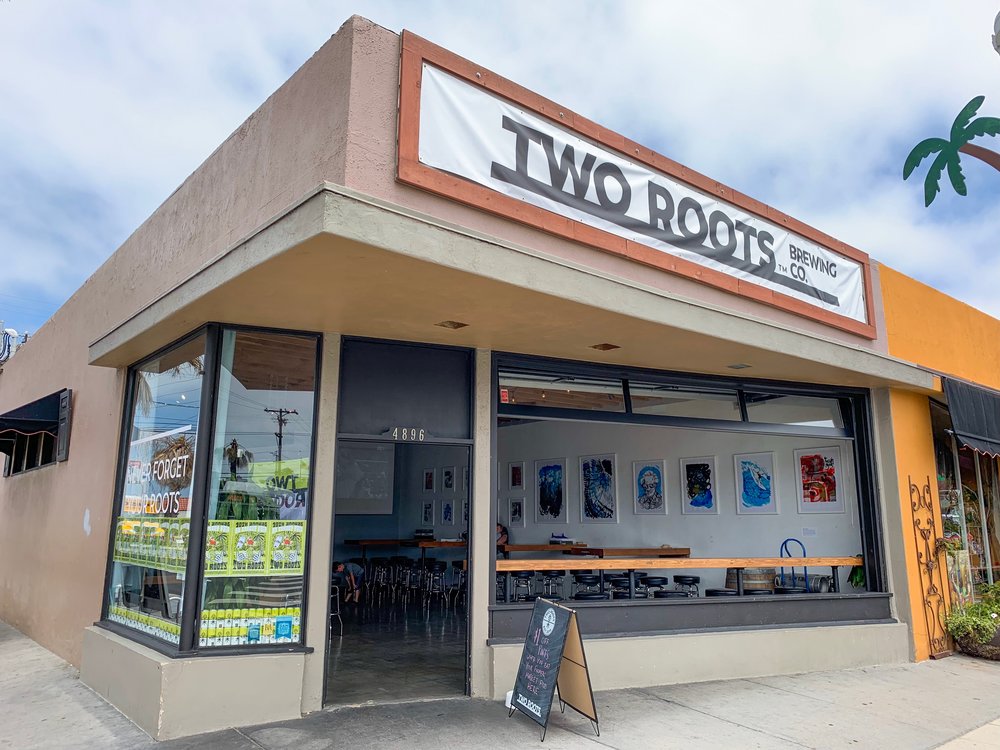 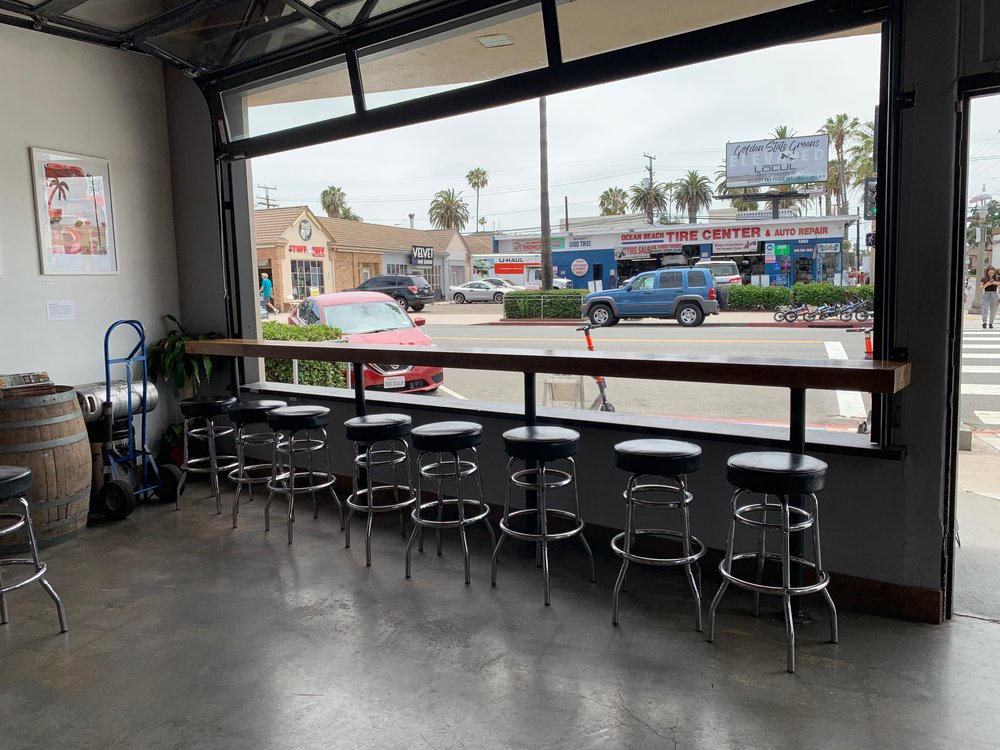 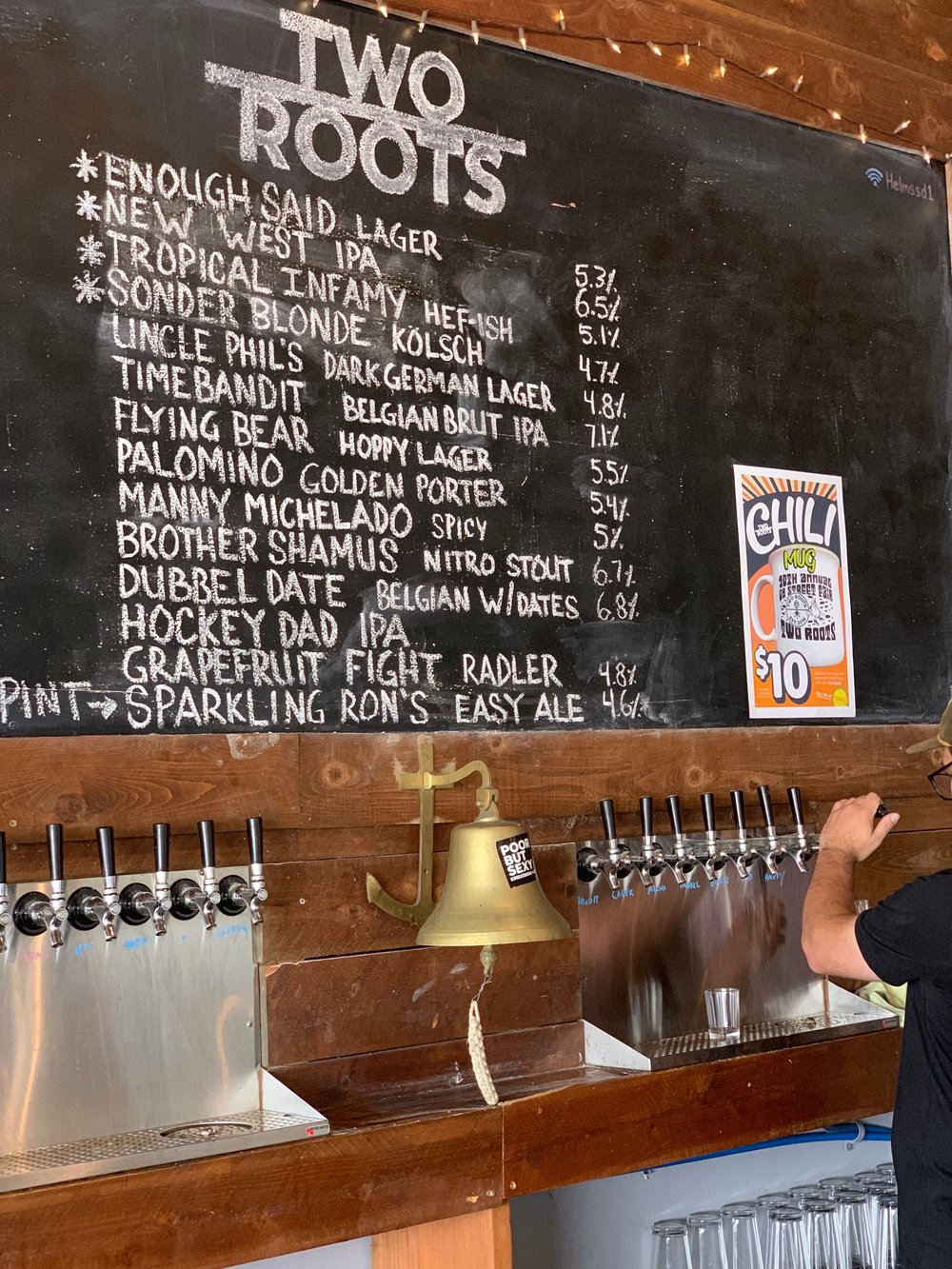 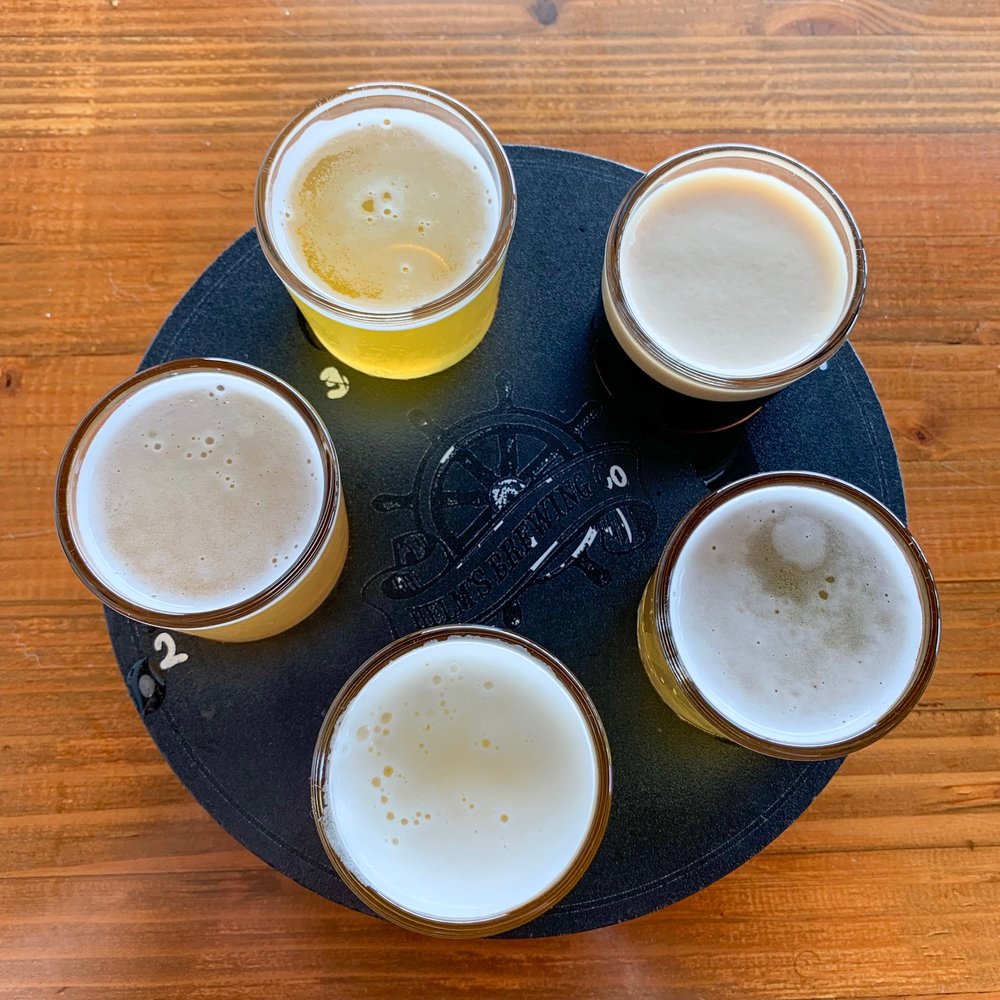 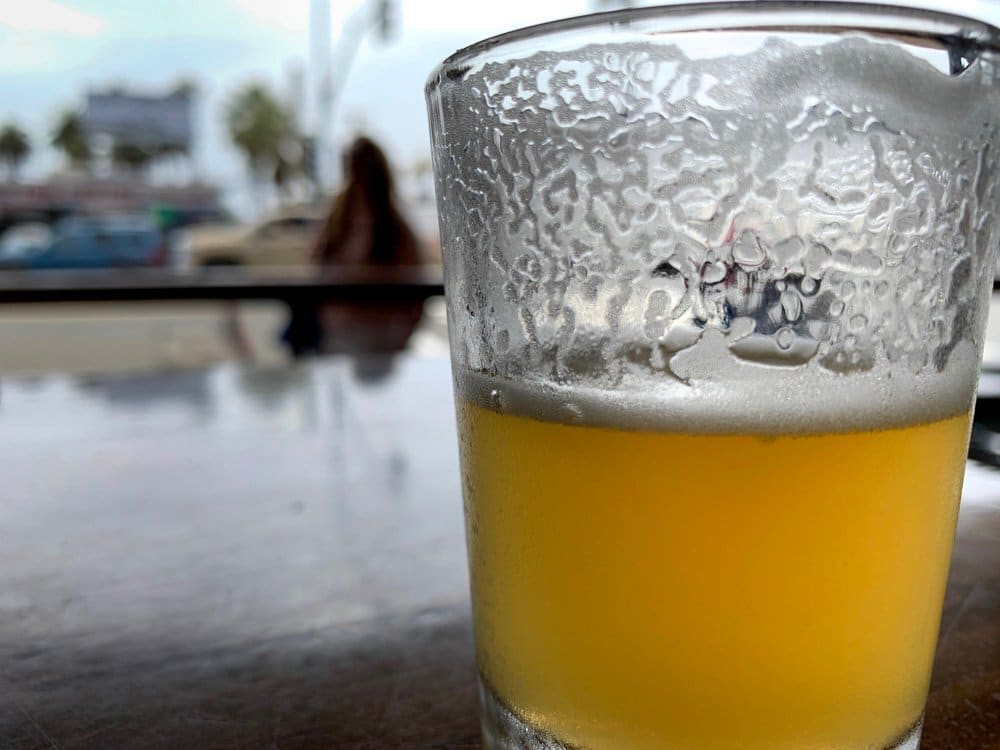 Several of the beers are the same, too. I ordered a flight of five. (Still served in the round tray that made sense with the Helm’s ship steering wheel logo in the middle, but a little less sense now that that logo has been incompletely scraped off.) Overall I was pleasantly surprised with the beer quality.

Hockey Dad (IPA, 6.1% ABV). Bright, clean, piney with a bitter finish that does not linger. Great for by the beach. Unfiltered/hazy but does not taste like (is not advertised as) NEIPA. 3.75/5

Grapefruit Fight (Radler, 5.4% ABV). Oh yeah! I haven’t had a radler in ages. This is a good one. Again bright and clean. All the best parts of grapefruit without being overly bitter. Effervescent. Reminiscent of a Fresca. 3.75/5

Palomino (Golden Porter with Coffee, 5.5% ABV). Golden porter. Not advertised as coffee on the board but it is. And it is okay in both dimensions, though I would have liked it better without the coffee. The mouthfeel is also a little less thick than I would have preferred. 3.5/5

You can bring in outside food—they even give you a dollar off a pint if you do so during the Wednesday farmer’s market. I brought in my Hodad’s cheeseburger and fries, when I failed to get beer at Hodad’s.

If you are looking in the area looking for craft beer, check out my beer tour of Ocean Beach.