I did not drink beer at Hodad’s original location in Ocean Beach. I recommend you don’t, too.

I write this mainly to admit my own failure. It is a failure of patience, or of perseverance, or of faith in craft beer, or something.

Essentially, it comes down to this: I simply could not muster up the will to wait in a long line on the sidewalk in the hot sun for a chance to drink some Hodad’s beer, which wasn’t that good the first time I tried it at the Hodad’s East Village location, and therefore anticipating drinking it could not carry me through. As a cost-benefit calculation, I just couldn’t make it work out.

So, instead, I went inside just to order take out food, and even that was too much: at least 15 minutes in line to order, and 22 minutes (I timed it) to wait for it to be ready (again, outside in the sun).

For those of you who don’t know, Hodad’s is a local institution, made famous (and too popular for its own good) by a visit from Guy Fieri’s Diners, Drive-Ins and Dives. The food is burgers and fries and not much else. The walls are covered in stickers and old license plates, and there is a vague beach/surfing theme. Mostly it is long picnic tables where the tourists pack in to tie on the feedbag. 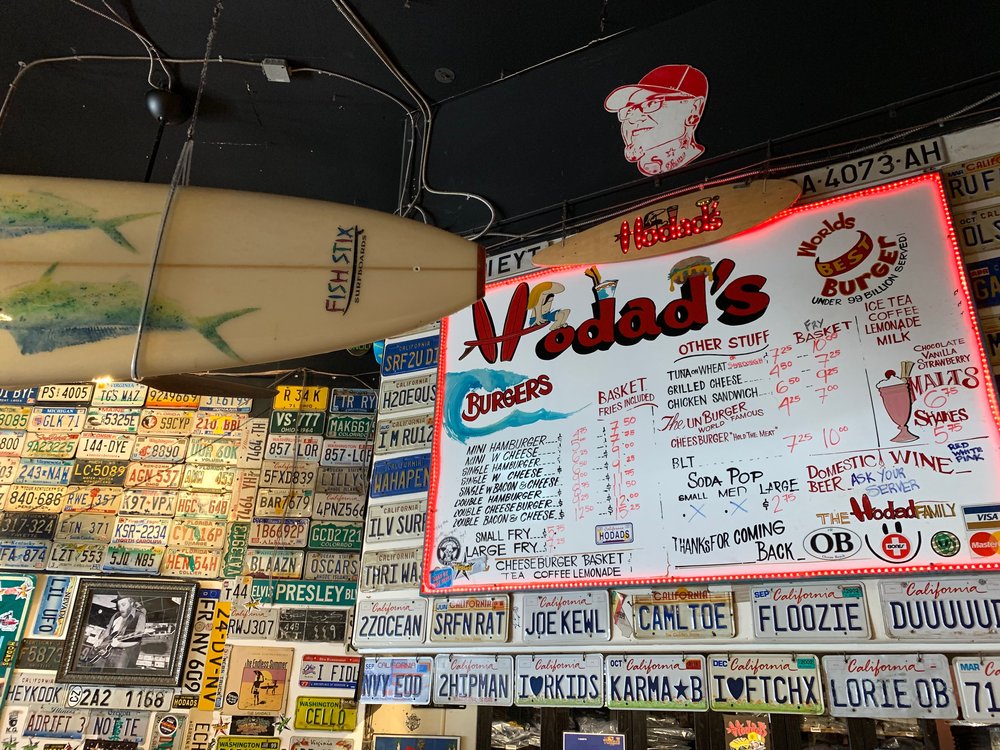 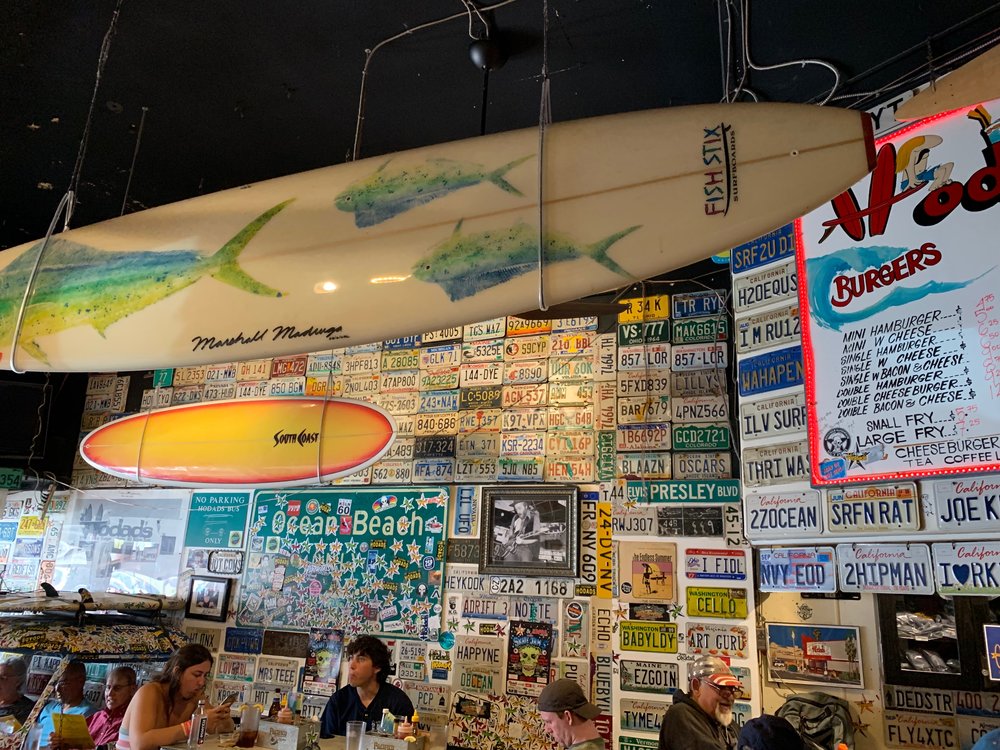 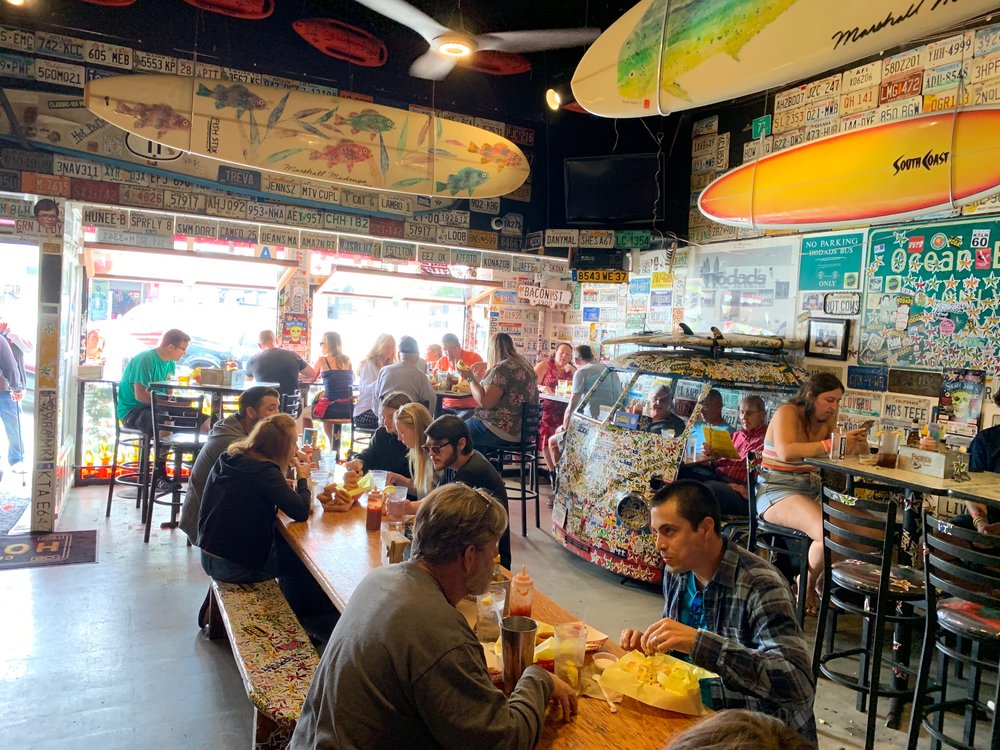 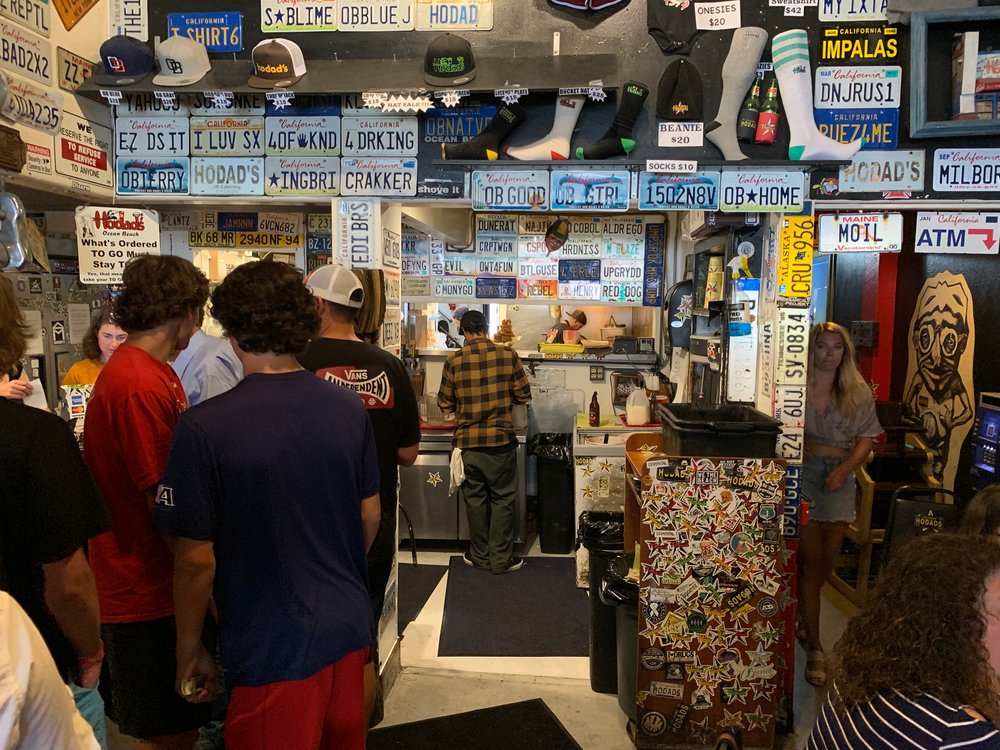 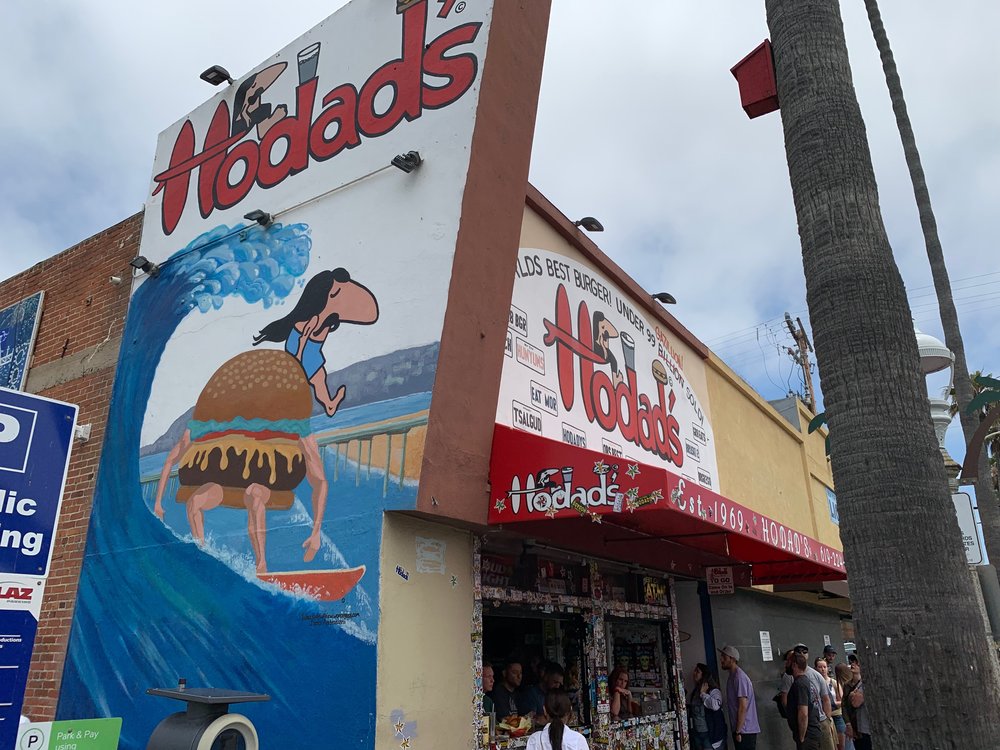 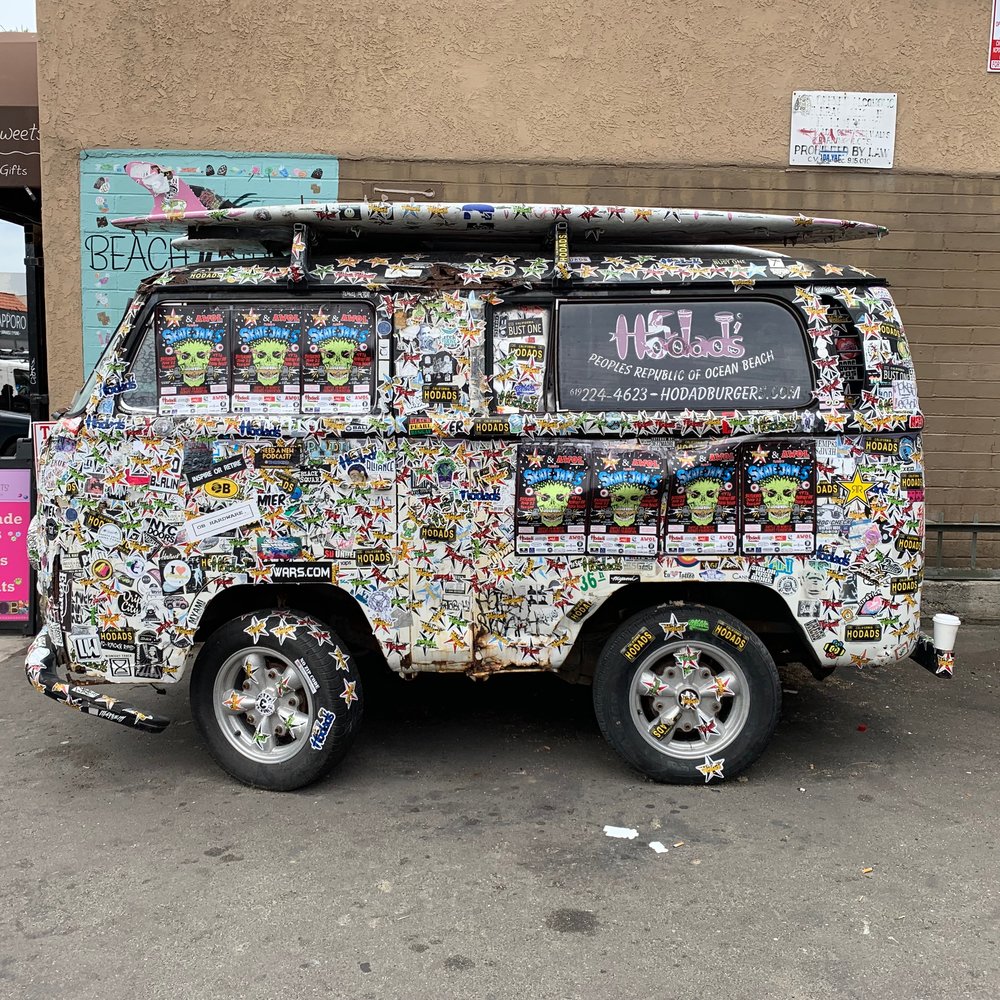 While I was there I noticed that Hodad’s is now offering seven taps of Hodad’s house beer. But they don’t offer flights (though they will offer you a taster if you are seated in the restaurant). It is a model built for tourist business, where nearly all the customers are only going to be there once so it doesn’t really matter if the experience is good.

Anyway, almost 40 minutes and $11 dollars later, I took my paper bag up the street, where my mediocre cheeseburger and fries were much improved by being eaten in the peace and comfort of the Two Roots Brewing tasting room. (Until very recently it was still branded as Helm’s Brewing even though Helm’s sold to new owners in 2018.) Two Roots DOES have flights, and like most of the craft beer locations in Ocean Beach, the beer is good.

In short, I am not willing to recommend that anyone go to Hodad’s just for beer. There are only four or five seats at the bar, but they are mostly taken up by people eating, so there is no convenient way to sample the beer. I’m not sure I’d even bother going there again for burgers and fries, honestly. There are so many other restaurants in the area that you can surely do better and not have to wait ages in line to eat meh food in a cramped, noisy, dirty room. You could go just down the block to Ocean Beach Brewery, for example, and sit on the roof top patio with a view of the ocean.

If you are going to be in the area and want a beer, check out my craft beer neighborhood tour of Ocean Beach for what to expect.