Plan 9 Alehouse in Escondido is a nice spot for lunch and a beer. They have a quality guest craft beer list in addition to offering several made on site. The science fiction these is subtle but a nice touch.

I have been wanting to check out Plan 9 Alehouse for quite awhile, but over the last year or more they have rarely had more than one of their own beers on tap, and most often none. As of lately, however, they have ramped-up their brewing activities. That’s in part due to the restaurant and bar manager, Josh, stepping up to take an assistant brewer role one day a week. When I visited yesterday, they had three of their own beers on, plus a house-made cold brew coffee and a house-made non-alcoholic root beer on tap.

There’s street parking out front, and a small patio covered by the building’s awning. They open at 11:30 am for lunch, and I was the only customer until about 12:20 when more people started coming in. I’m surprised lunch started slowly: the menu has a good range and the food is well prepared. I had a Philly cheese steak that was excellent.

The atmosphere is nice, with a large concrete bar, nice stools, and good range of other table seating. I could see the place being full on a weekend night and being a lot of fun.

In addition to their own beer, Plan 9 offers an outstanding list of mostly-local craft beer taps. Unlike some places with a lot of guest taps and a few of their own beers, the house beers on this occasion were worth ordering. I especially liked the brown ale.

I also sampled the funky sour called Permanent Vacation (6.5% ABV). It was not my thing, but that is a style preference on my part not a statement of quality.

The manager Josh was serving at the bar. He offered friendly and helpful service to everyone and he enjoys chatting about beer and brewing.

It wasn’t until I saw the old movie poster on the wall that it “clicked” for me that the name of the place is a reference to an old science fiction movie, Plan 9 from Outer Space. It turns out that someone connected to that movie has a son in Escondido, and from him they obtained an early copy of the script, which they have cleverly used as wallpaper in the men’s room. There are lots of other classic sci fi touches around the place, and they even use old sci fi novels as check folders when they bring you the bill. That makes two sci fi/science breweries in North County, including Wavelength Brewing in Vista. Miramar used to have Intergalactic until it shut down about a year ago. I wonder how many breweries around the country have a science fiction theme? If you stop at Plan 9 for a beer and some food, walk next door to the very good used book shop, Helen’s Book Mark. They have a big section of science fiction and fantasy (and a whole room dedicated to romance novels). 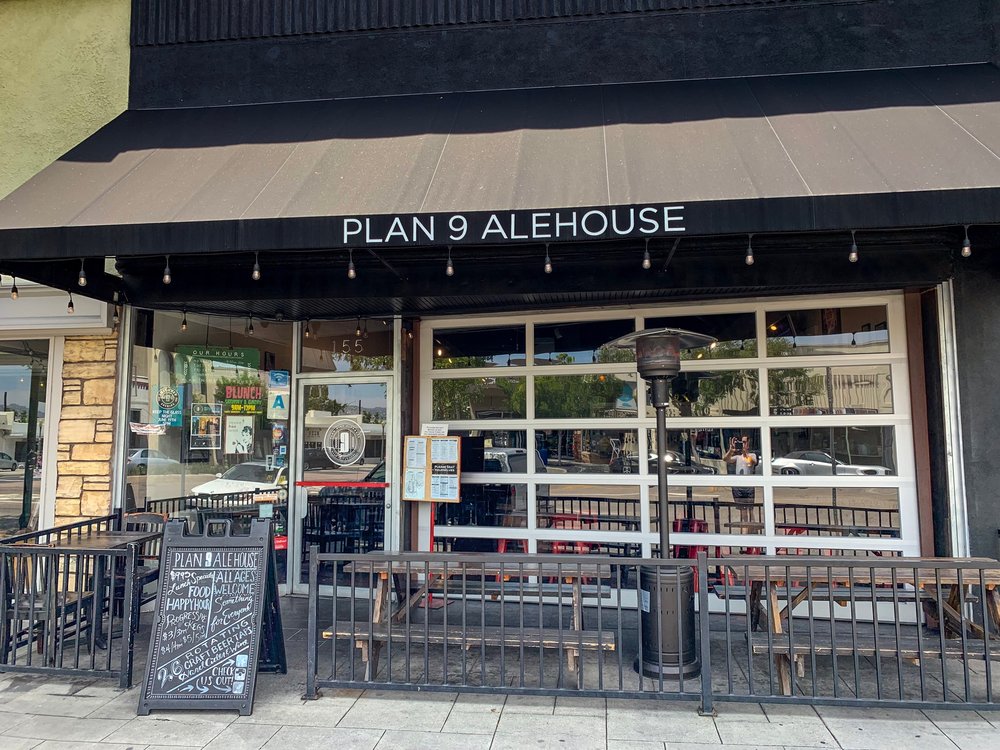 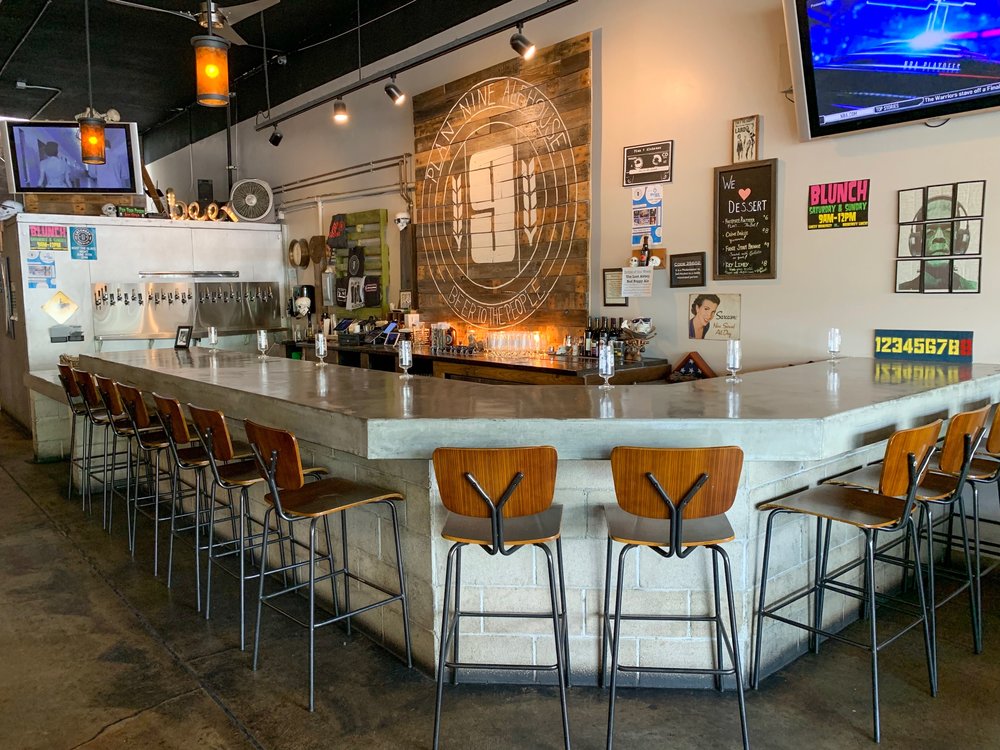 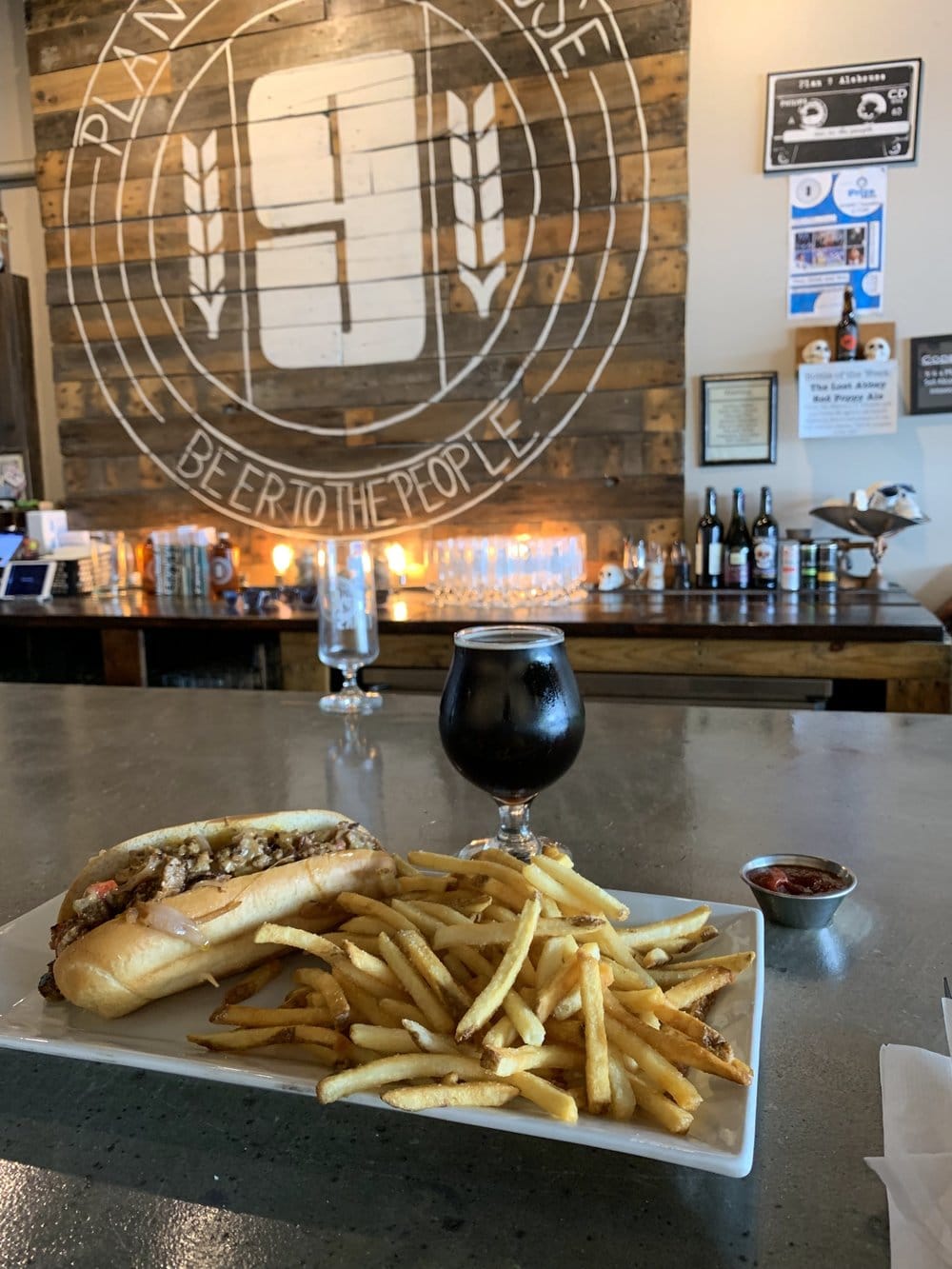 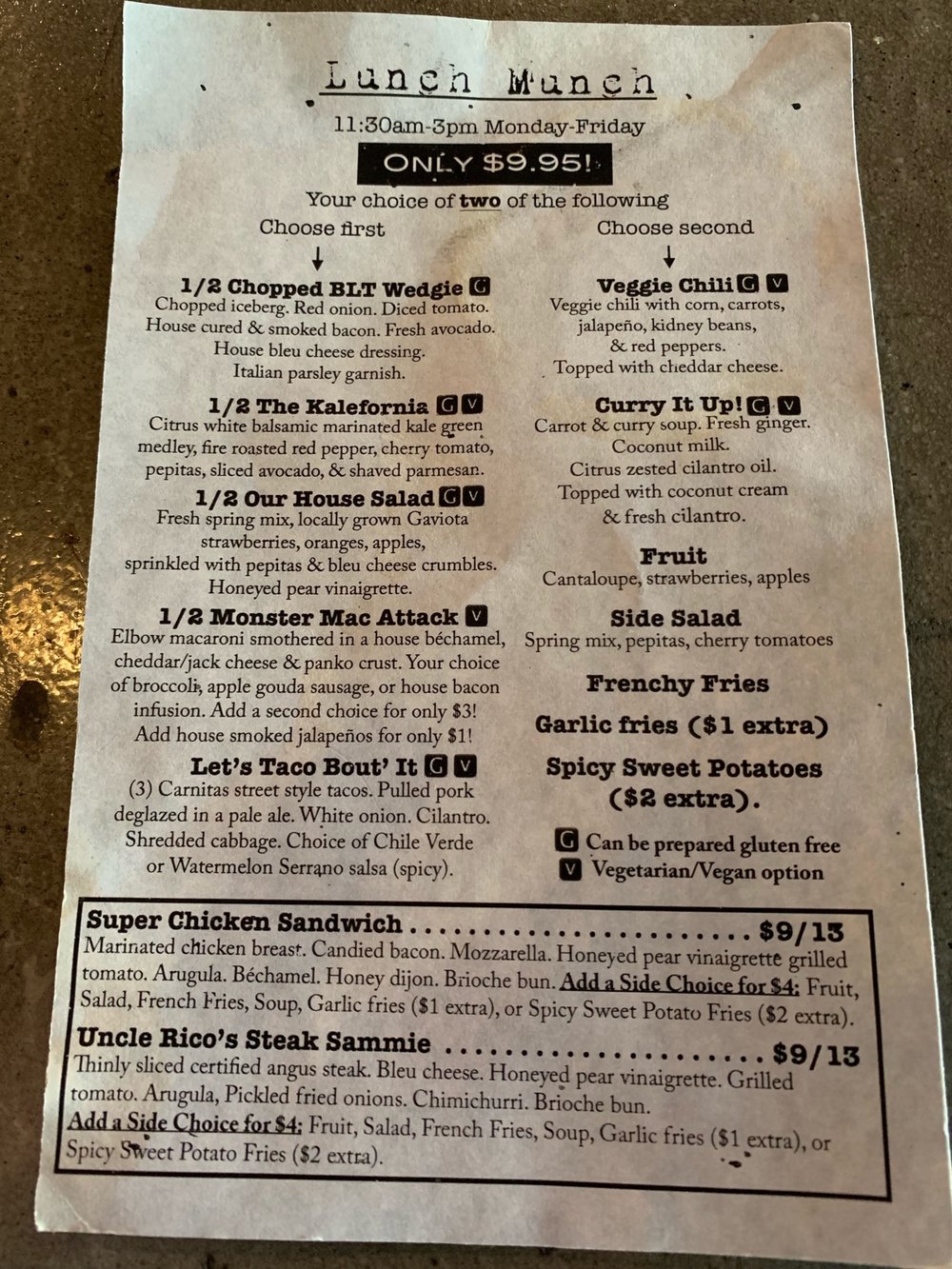 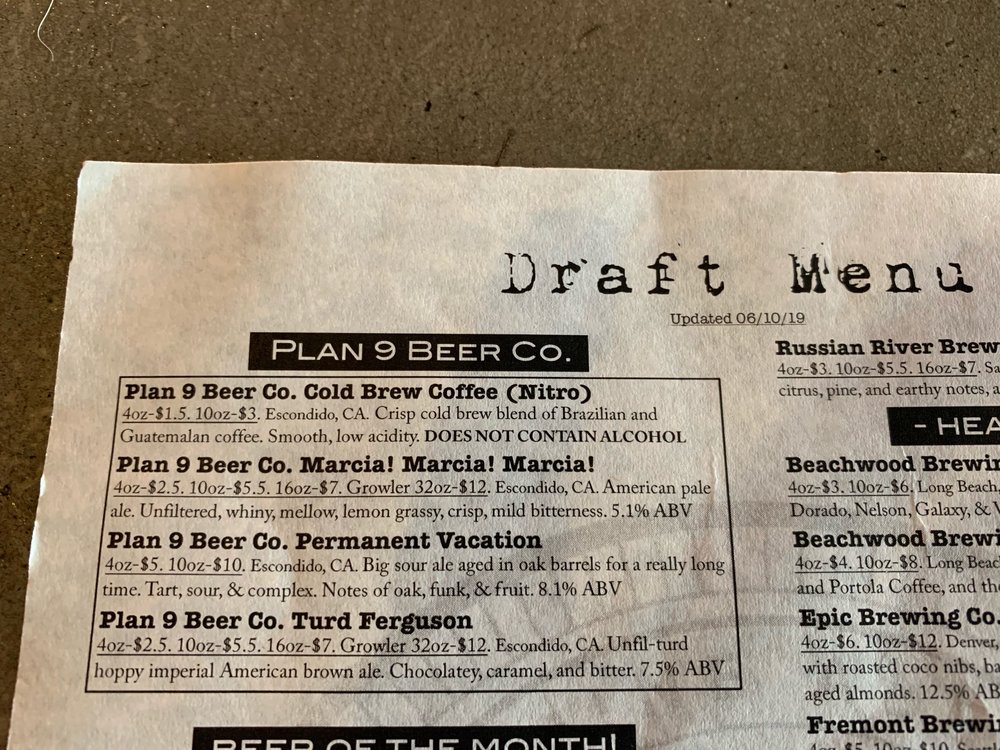 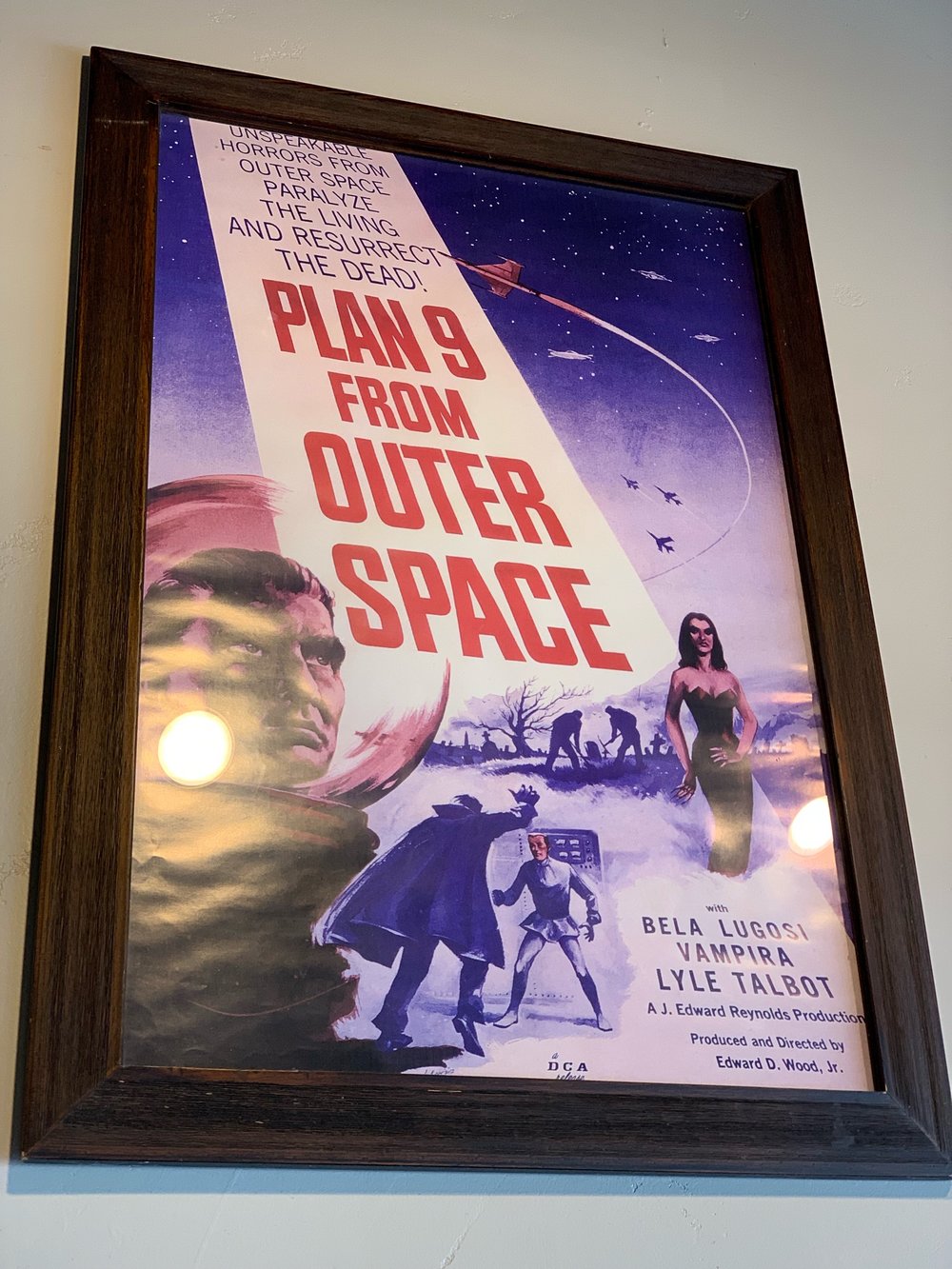 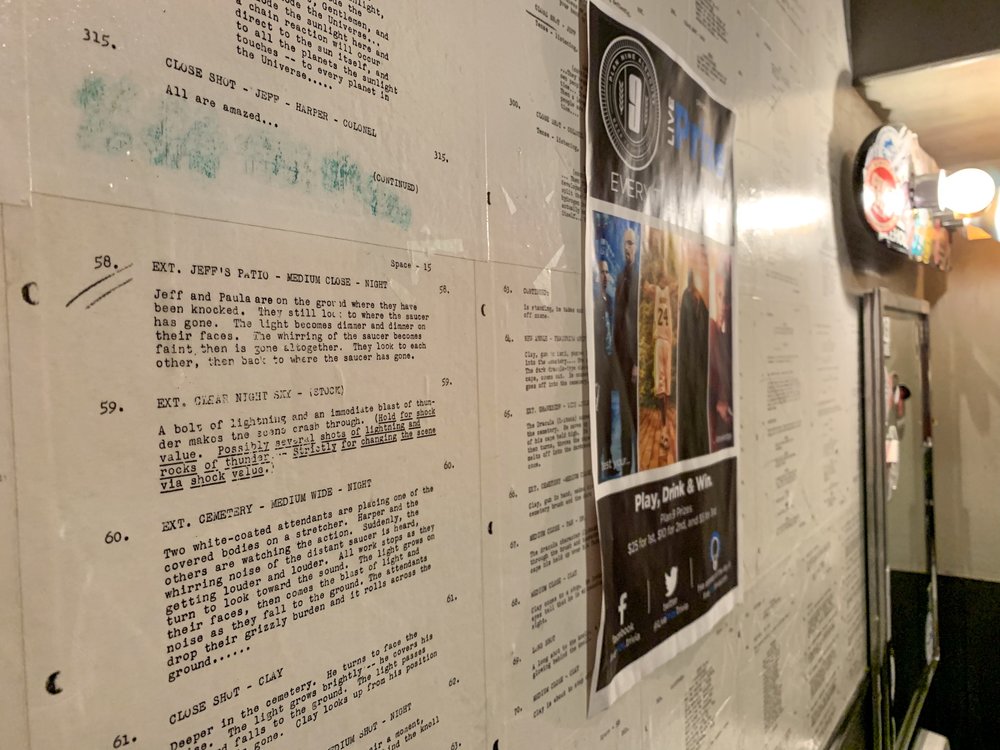 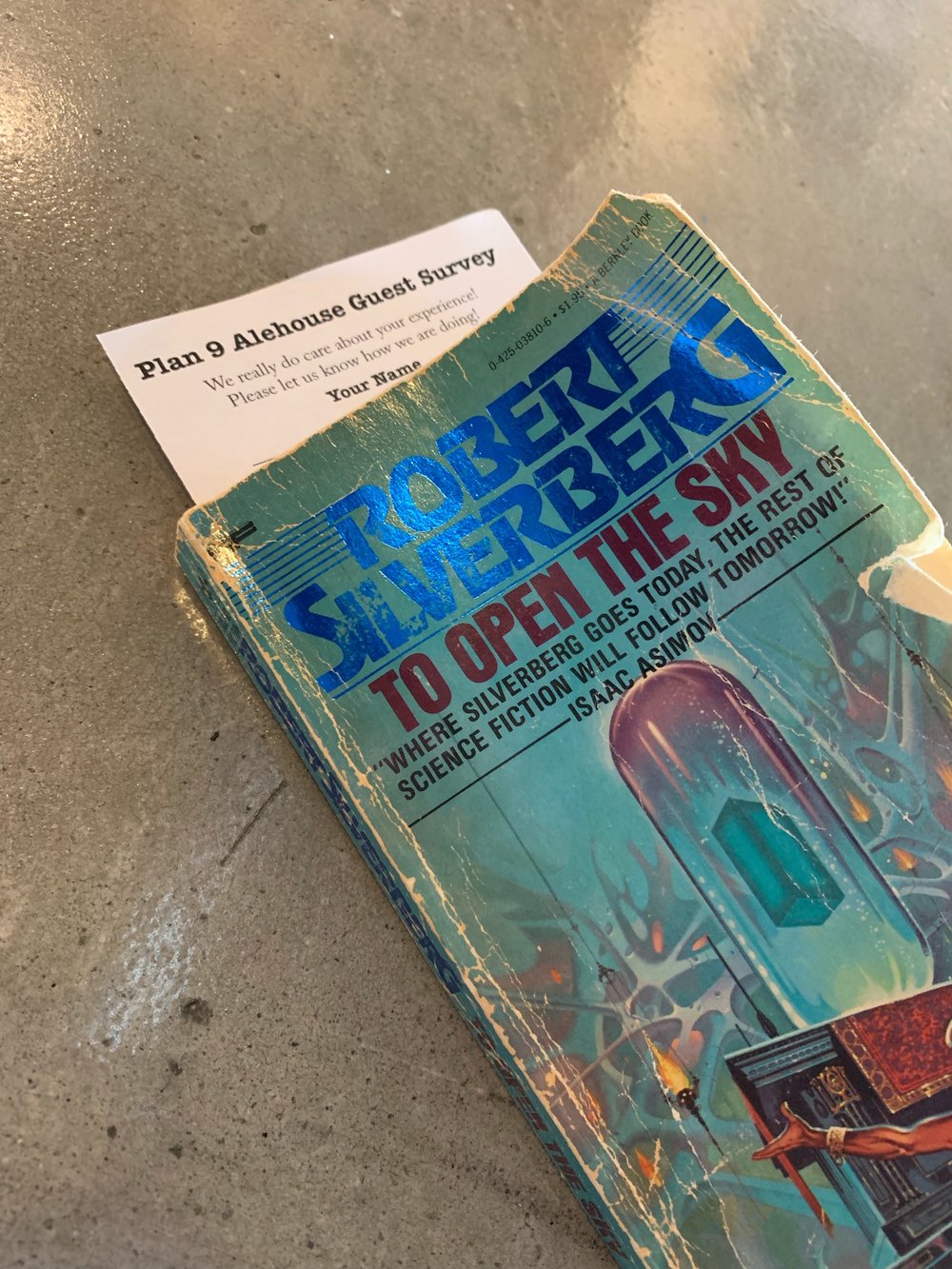