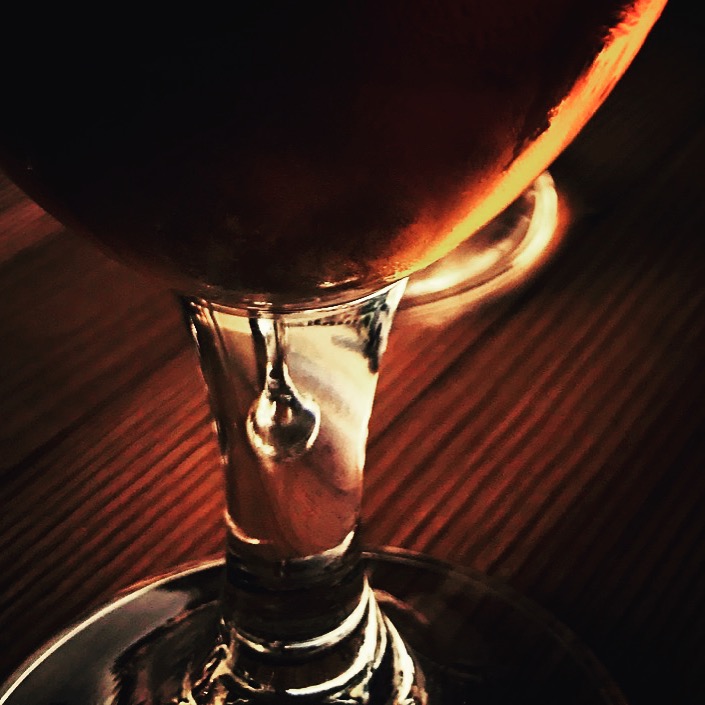 I dropped by one of my local craft beer haunts a couple hours after visiting the Ballast Point Home Brew Mart. When I mentioned my visit, my friendly neighborhood bartender asked, with a wistful, faraway look in his eye, “How IS Ballast Point?” It was as if he were asking about an old girlfriend, someone he used to care about but hadn’t seen in ages.

That may be the reaction of many San Diegans who are fully embedded in the craft beer world. Once Ballast sold–or, sold out, depending on whom you ask–many hard-core craft nerds simply stopped buying Ballast Point beers. (In 2015, Ballast Point was purchased by Constellation Brands, owner of Corona and other macro-lager properties, and at that point therefore ceased being “craft” beer according to the standards of the Brewers Association.)

Not that that appears to have hurt Ballast much; they still seem to be doing killer business every time I go to one of their places (this is number three for me: Little Italy location reviewed here and Miramar location reviewed here) and their distribution continues to grow. Someone else at my neighborhood craft bar mentioned that even his friends in Utah can get Sculpin now.

Regardless of who owns Ballast Point (though I am glad it is not ABInBev), it is a good thing that more Ballast beer is being made and sold around the country. It is good beer. It is brewed in San Diego. While it is easy to complain about “sell out” ex-craft brands, in this case at least I think the quality and level of innovation has stayed high. I always enjoy Ballast Point beer; it is often very good and sometimes it is excellent.

The brewing-supply side of Home Brew Mart is, I would guess, mostly for show. They do have all kinds of supplies and ingredients, and being a home brew store is how Ballast Point started. But surely they make a very small slice of their revenue/profit off of that part of the operation at this point. It strikes me that the shirts and swag they sell in between the home brew supplies and the tap room are quite likely a bigger money maker than the zymurgy supplies. But I’m just guessing.

Even on a Monday, the after-work crowd at this Ballast Point location was not small. Their proximity to the University of San Diego probably contributes to their traffic; certainly a good number of the people there appeared to me to be students or university types. Given the narrow parking lot (and the small number of spaces) the popularity of the place is something of a problem.

They have food trucks at this location on most days, but I decided to go down to J&T’s Thai Street Food restaurant (at the end of the same strip mall) before settling in for my flight at Ballast Point. I’m glad I did. J&T’s has some very well made and tasty food, the service is quick and friendly, and the prices are good.

I decided to try “all the Sculpins” just to compare them. I ended up not having the Habanero Sculpin, but given my dinner and the four other Sculpins I tried, that is probably for the best (for my digestive system, at least). What surprised me most about this tasting was that the base beer shone out in all four varieties, and most of the differences between my four samples seemed to have had more to do with batch-to-batch variation in the base beer than the different additions (pineapple, grapefruit, etc.) in some of them. That’s to say, the additions are interesting but subtle. The unfiltered Sculpin on nitro was probably my favorite since it had a softer mouthfeel and the cloying bitterness I felt in the regular Sculpin nearly disappeared. They are all good, and the consistency is remarkable.

Sculpin (IPA, 7% ABV). The tropical, piney original. There’s a bit of fruitiness from the hops, and the hop bitterness sticks to the tongue in a way that is almost cloying. This pour is obviously very fresh, and it is tasty.  4/5

Unflitered Sculpin (IPA, 7% ABV). It doesn’t seem unfiltered to me; it is quite clear. At first I thought the mouthfeel was softer and the piney-ness and bitterness diminished compared to the original because of it being unfiltered, but the bartender told me it is on nitro–that makes more sense. Really, the differences are very slight.  4/5

Grapefruit Sculpin (IPA, 7% ABV). Again, the grapefruit addition doesn’t change it much for me. There is a little additional the bitterness from the grapefruit that melds well with the hops, and a touch of extra fruity sweetness. The aroma is only marginally different.  4/5

Pineapple Sculpin (IPA, 7% ABV). It is good. I do not detect much pineapple on the nose or the palate. There is a touch of sweetness and tanginess that isn’t in the base beer. I think both Grapefruit and Pineapple Sculpin could be more aggressively fruited.  4/5

The room is comfortable and has plenty of seating. This location is not as swanky as the Little Italy or Miramar locations, but it is also significantly nicer than many tasting rooms. This would be an acceptable spot for a first date even with someone who is not a hard-core craft beer nerd.

It literally took me 15 minutes of searching to figure out what neighborhood Ballast Point Home Brew Mart is in. The neighborhood “Morena” doesn’t appear on most maps. On Google Maps, the area looks like a no-man’s-land between Old Town, Linda Vista, Mission Valley and Bay Park. For many San Diegans, it might be easier just to think of the area immediately south of the University of San Diego.