You will enjoy the excellent service and outstanding food menu when you visit San Marcos Brewery and Grill. #craftbeer #sandiego

San Marcos Brewery and Grill is in a commercial development whose design convincingly invokes the “Mission” era of California’s history–quaint adobe buildings with rough wood, and some pretty landscaping. It is pleasant–though it was freaking hot out when I visited. There is plenty of parking in the lot behind the location if you don’t see anything out front. There’s a coffee shop right next door that has a great covered patio.

Even before walking in, I could tell the restaurant was going to be well-run: There was a cloth napkin tied to the metal door handle to prevent customers from burning their hands.

This place is a restaurant, so they open at 11am, a lot earlier than most tasting rooms. I was grateful for that since I had a couple of places to visit and wanted to get home before rush hour traffic. I had a very good Reuben sandwich that came with some of the best French fries I’ve had. They were perfectly cooked, with a nice crispy crust on the outside. The bartender described the half order of wings as “huge” and I believe him: I saw the full order of wings get delivered to a table and it was massive. Prices are reasonable, with sandwiches and most other things on the menu at around $10. 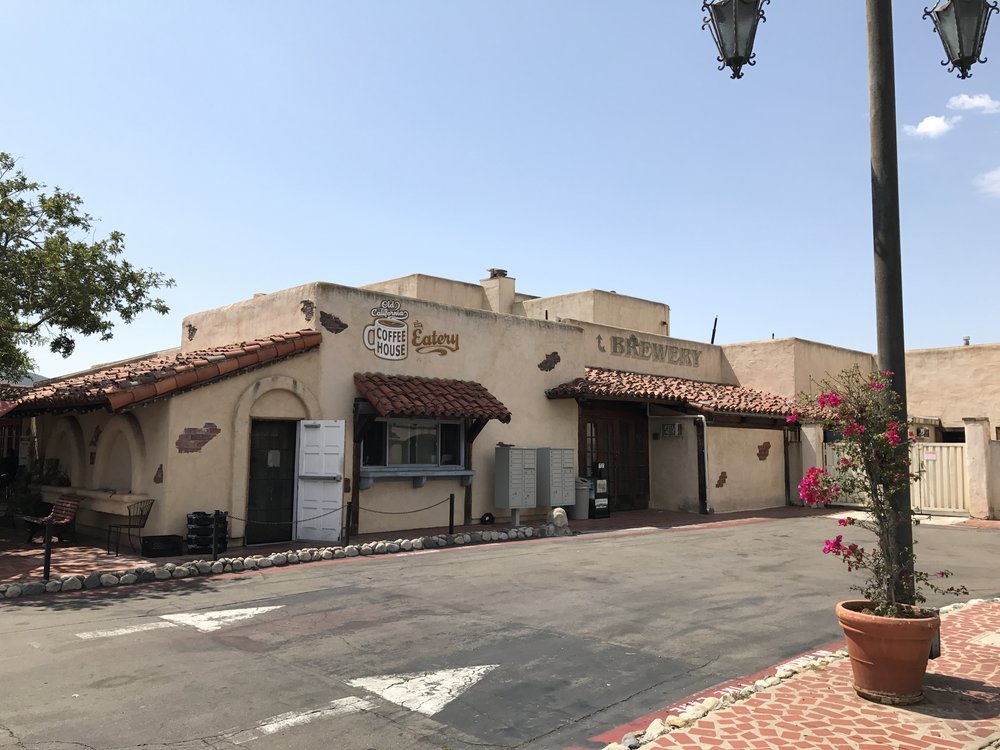 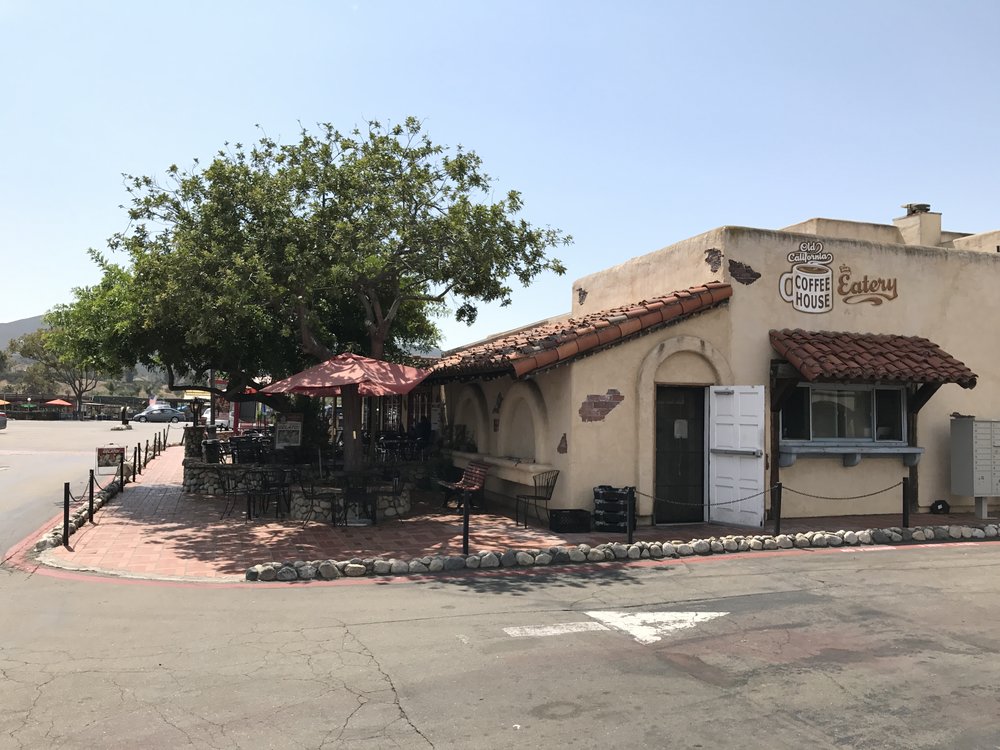 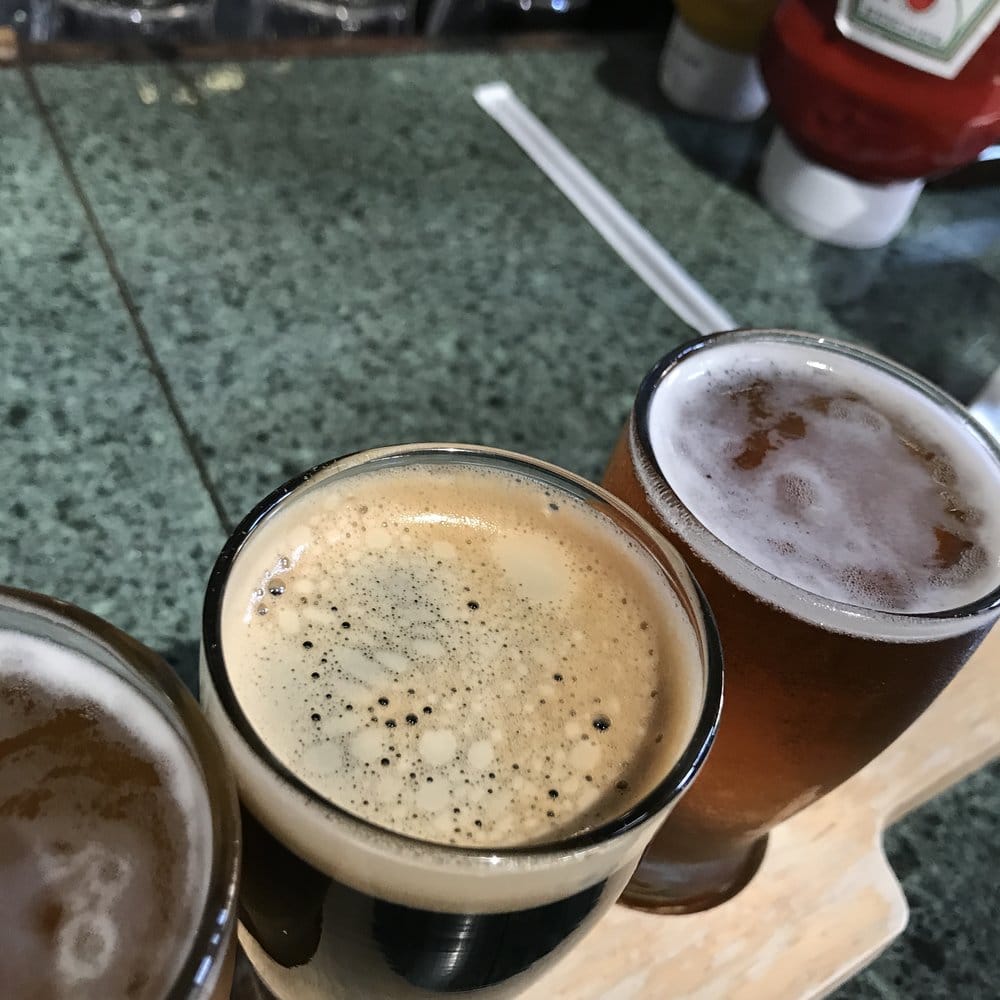 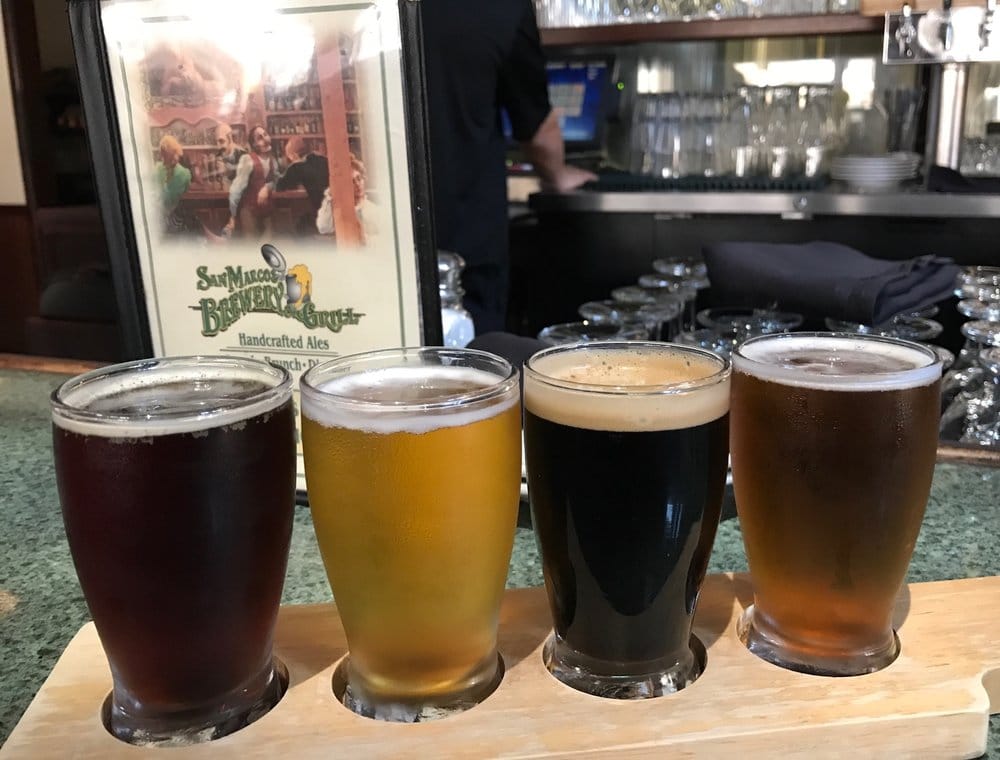 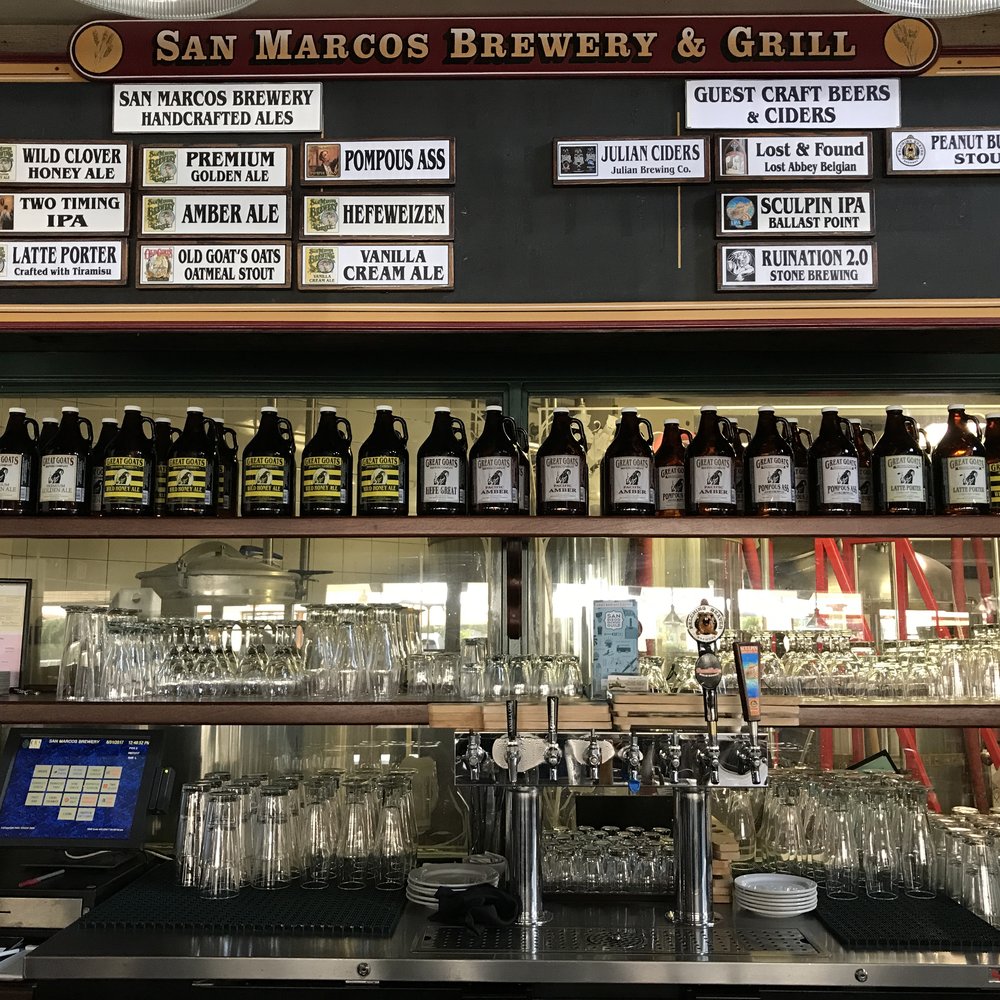 The bartender was friendly and quick. He and his coworkers seemed happy to be there, which I always think is a good sign about the way a place is run. He did a good job describing the beers on offer, which included nine house beers, four (very standard but good) local craft beers and a local craft cider. You can get a flight, a pint or a growler fill. Prices are at the lower end of typical.

Wild Clover Honey Ale (Spiced/Herbed Beer, 5.7% ABV). When I saw this on the board I was looking forward to it, but I ended up disappointed. Honey/clover doesn’t come through very strongly. The base beer is just okay. 3.25/5

Vanilla Cream Ale (5.5% ABV). The vanilla flavor is gentle, the cream soda flavor stronger. This is not as good as Cali Creamin’ (which in my opinion is one of San Diego’s best beers, made not far away at Vista’s Mother Earth) but it is in the ballpark.  3.25/5

Pompous Ass (Brown Ale, 7.5% ABV). The roasted malts finish like tannins, there is sourness on the end, and cola flavors. I love browns, but not this one. Maybe I got a bad pour or a bad batch, because others on Untappd give it high marks.  2/5

Old Goat’s Oats (Oatmeal Stout, 5.9% ABV). This was served on a beer engine, which is always a cool thing. The beer was well-presented (including a great cascade and a thick, stiff head) but it was not a great beer. It tasted like flat cola with a slight burnt malt/coffee note. 2.75/5

Hefeweizen (6% ABV). The banana and clove flavors distinctive of hefes were just too strong for me; not balanced or smooth, to the point I found even a taster difficult to finish. That is partly a matter of my preferences, since those esters are not my favorites.  3/5

Overall, I like this spot as a place to grab lunch and even a beer, though I would probably order from the guest beer list next time.