Original 40, the fifteenth brewery in North Park, is a very worthy addition to this beer-centric neighborhood

An example of the recent trend of new breweries backed by more money, having on-site kitchens and giving more attention to interior design, Original 40 is the fifteenth brewery/tasting room in North Park. (See my neighborhood guide to North Park here for a variety of tours of what has to be one of the best beer neighborhoods anywhere.)

Not far from Mike Hess Brewing and North Park Brewing, Original 40 is decorated in a way that reminds me of Modern Times’ Encinitas tasting room, or Vista’s Helia Brewing. Beachy, bohemian, light and dark woods, bold patterns, references to mid-century modern styling. It is a comfortable space. And even though the brew house is right there taking up the back quarter of the main room, it doesn’t feel like an industrial space. That’s no doubt partly due to the fact that the two roll-up front windows let in lots of light and air. Top marks for excellent restrooms, too. 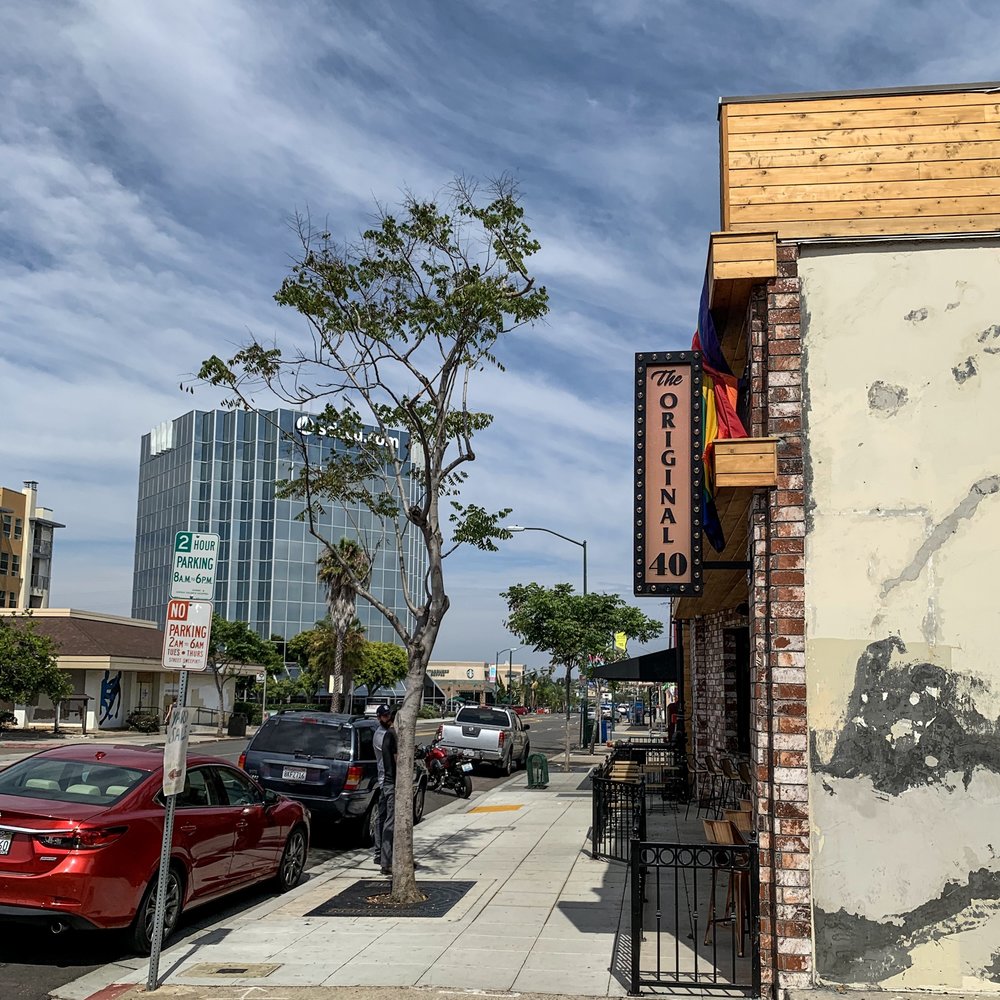 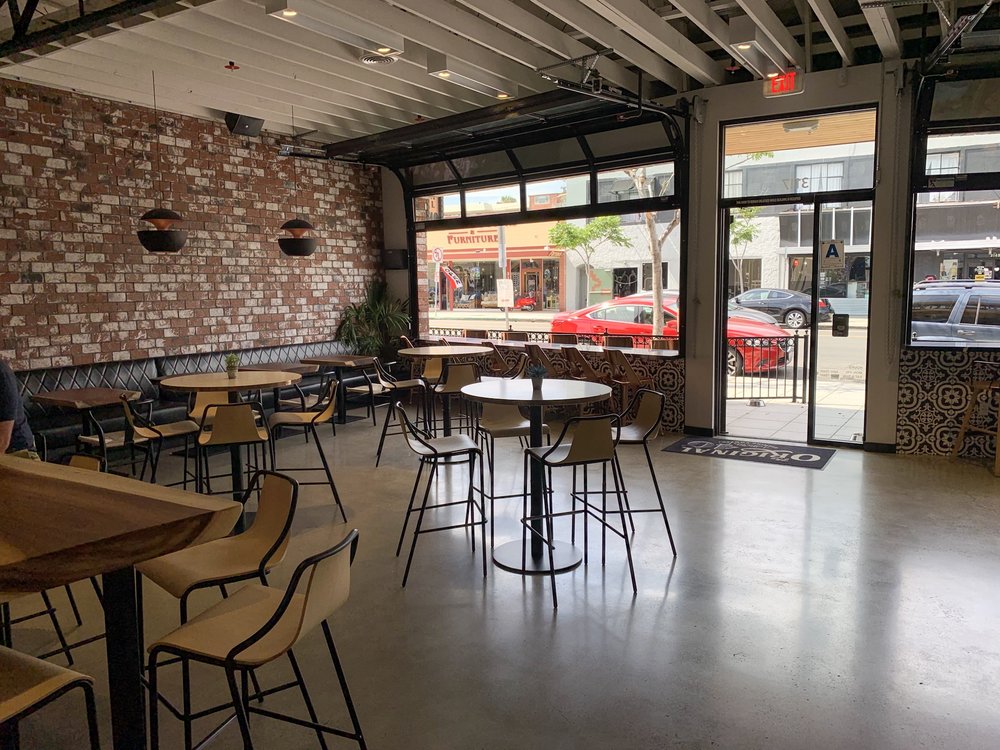 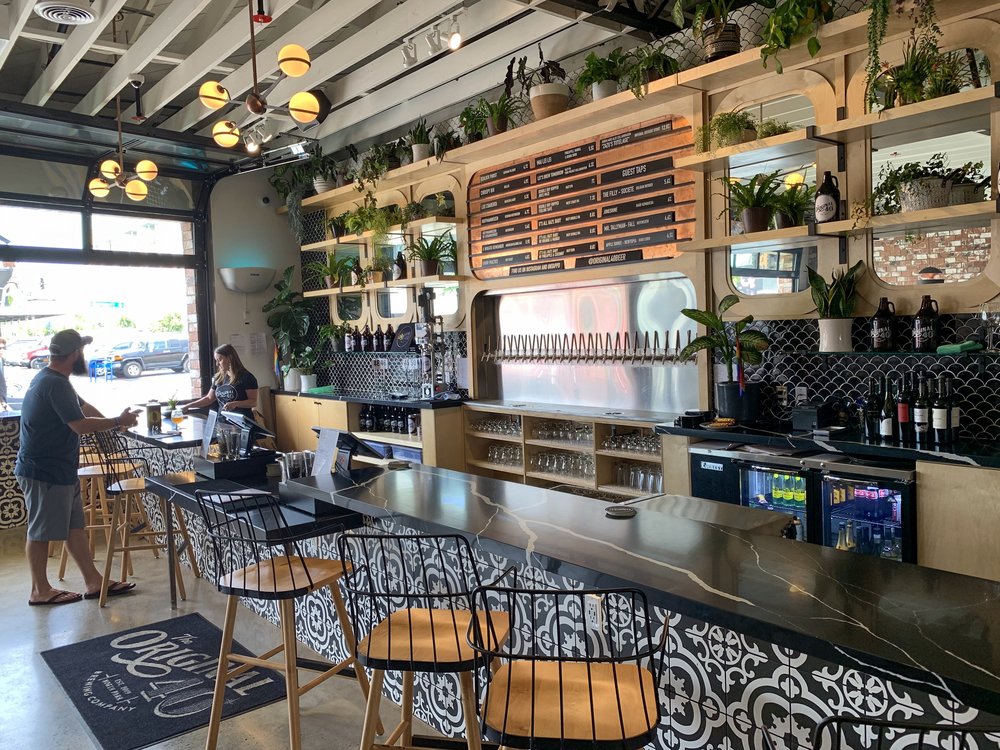 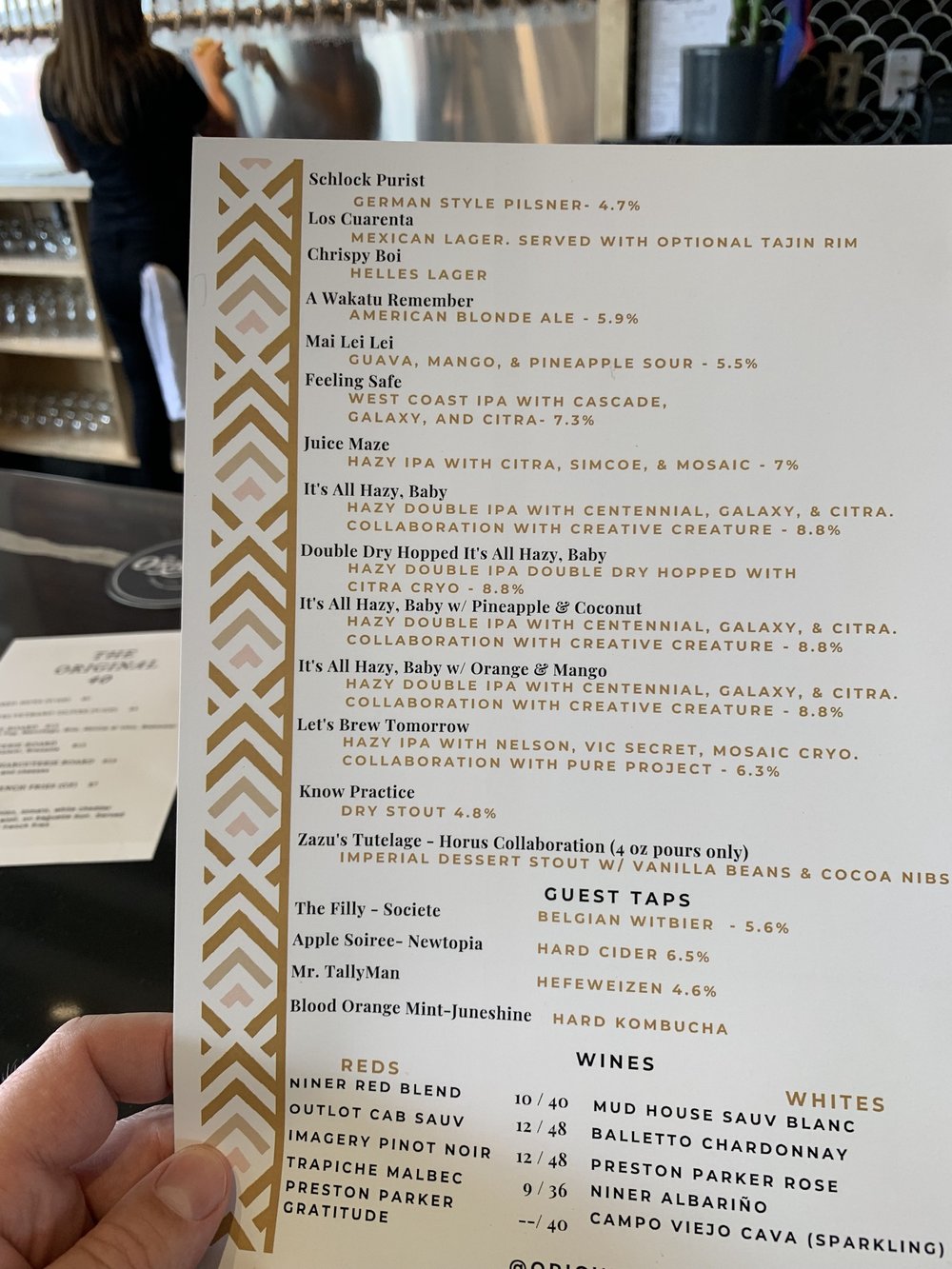 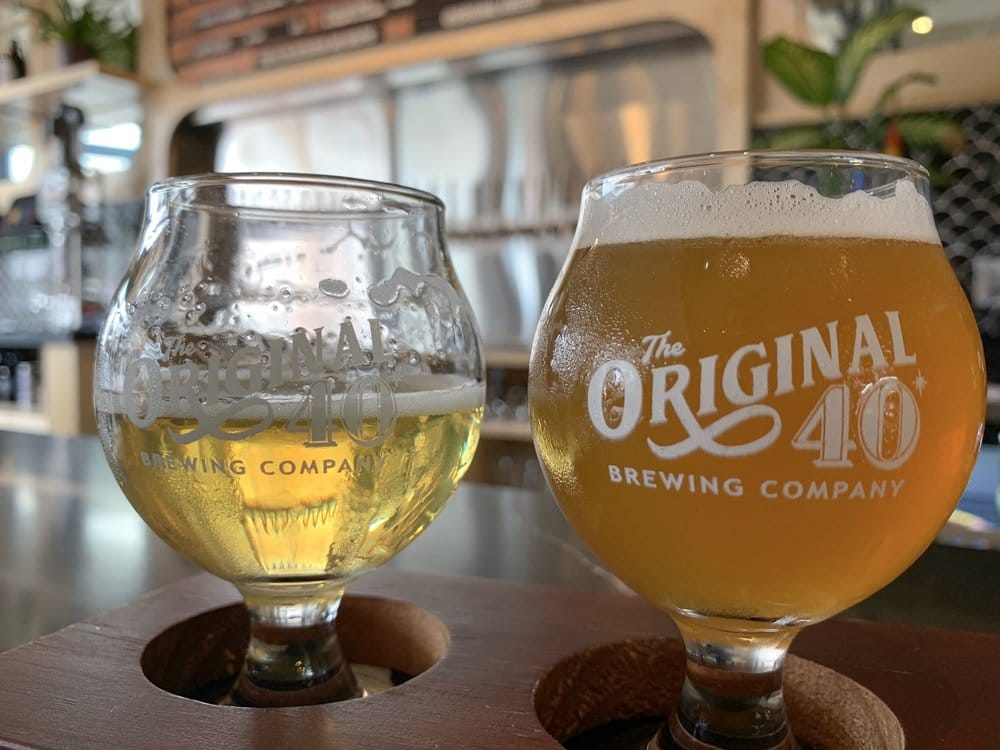 Original 40 has only been open about two months, but I had heard good things and decided to check it out early. Unlike My Yard Live, which is also new and which I visited within a couple of days before Original 40, the beer at Original 40 is already very good.

Schlock Purist (German Pilsner, 4/7% ABV). This is very lemony. I guess I don’t know enough about lagers to be sure, but that doesn’t seem to me to be a traditional Pilsner character. Still, it is very drinkable on a hot day. Well made and clean. 3.5/5

Feeling Safe (IPA, 7.3% ABV). They are working on a 10 bbl system. They’ve been splitting batches and doing three variants to keep the taps full. Cool idea. This one is piney with a bit of citrus. Not as bitter as expected. 3.5/5

Know Practice (Dry Irish Stout, 4.8%). The brewer at Original 40 is the one who made the delicious and GABF-winning Piloncillo Brown and Know Ego stout for Groundswell Brewing.  He has brought all of his dark beer magic to this one. It is as good as any Dry Irish Stout I have ever had. 4.25/5

Zazu’s Tutelage (Imperial Pastry Stout). A collaboration with Horus Aged Ales. My first Horus beer. HUGE vanilla/boozy aroma, silky smooth mouthfeel. What was especially intriguing was how the flavors evolve from one part of the swallow to the next: sugary through fig to berry to coffee, with a rich roasty background. Very little aftertaste, which is interesting in such a big beer.  4/4

Besides a great atmosphere, you’ll find knowledgeable, friendly service. That, together with food, excellent beer, and being located in the beery heart of San Diego, makes for a winning combination. I look forward to returning.