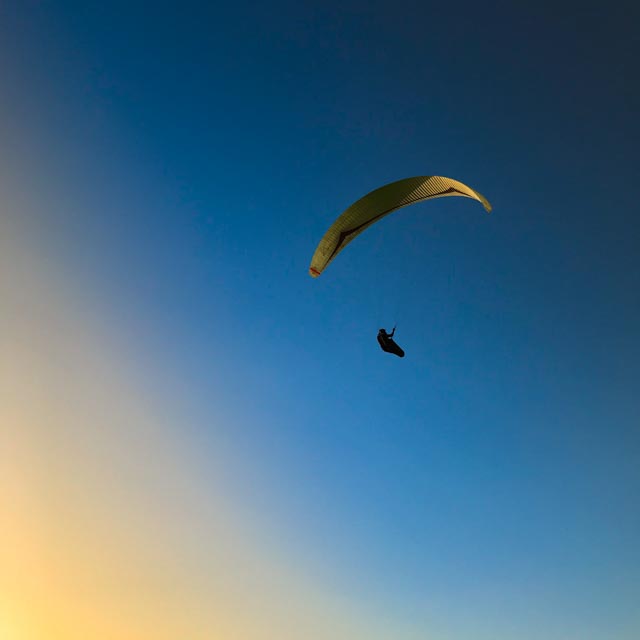 SpecHops brewing is still a relative newcomer in Vista’s brewing scene; even so, they’ve built a following and show signs of becoming a good brewery.

[Note added 1/4/18: To everyone’s surprise, SpecHops suddenly announced on social media on NYE that that would be their last day of business.]

The name SpecHops–as you may have guessed and certainly would have guessed had you walked into the place–is a play on “SpecOps” or Special Operations Forces, elite units within the U.S. military that carry out missions mostly involving non-conventional warfare. The art and design of the tasting room is “playfully militaristic” (if that is a thing), right down to the menu behind the bar that displays the beers as if they were on a mission briefing board. 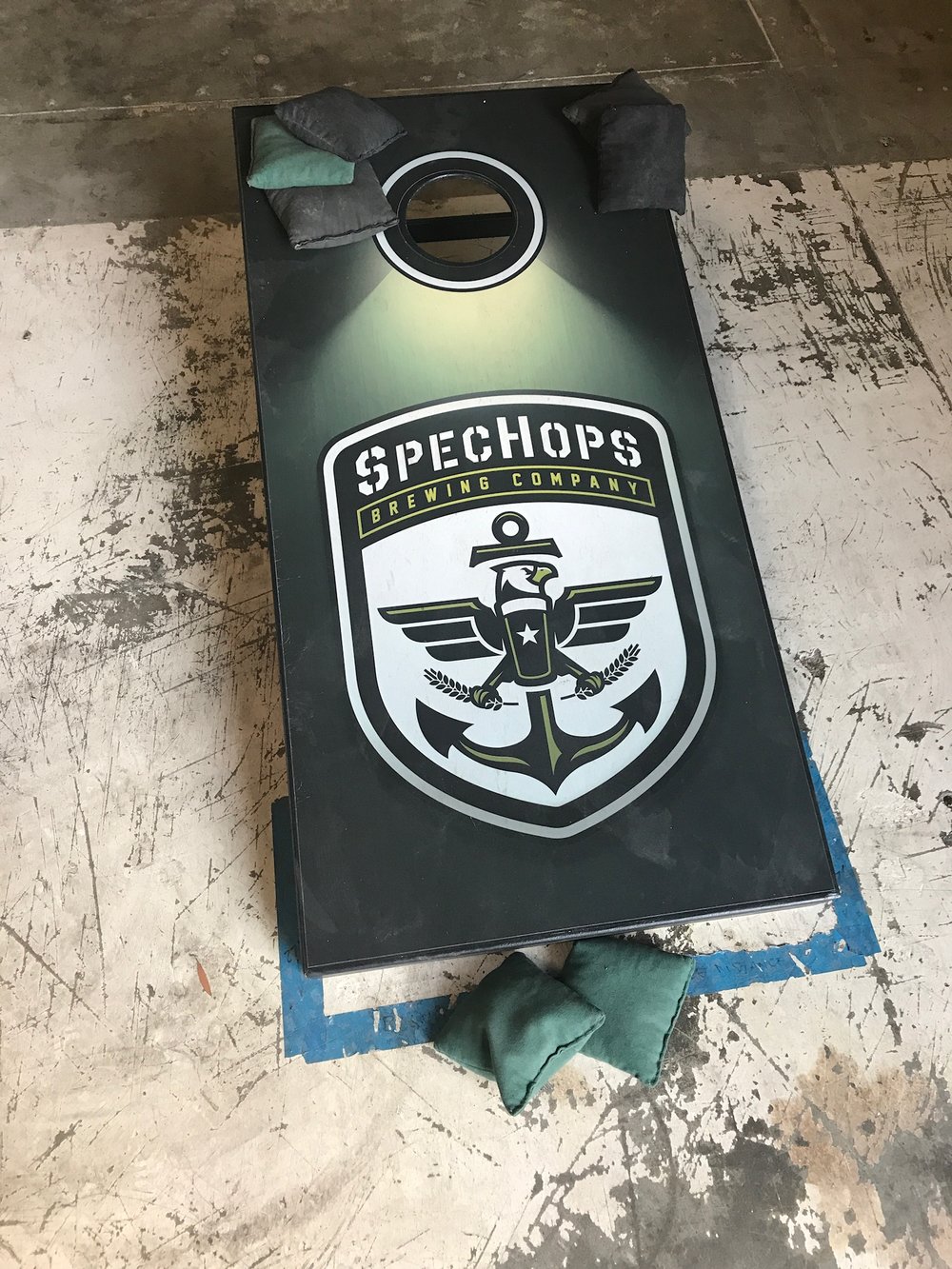 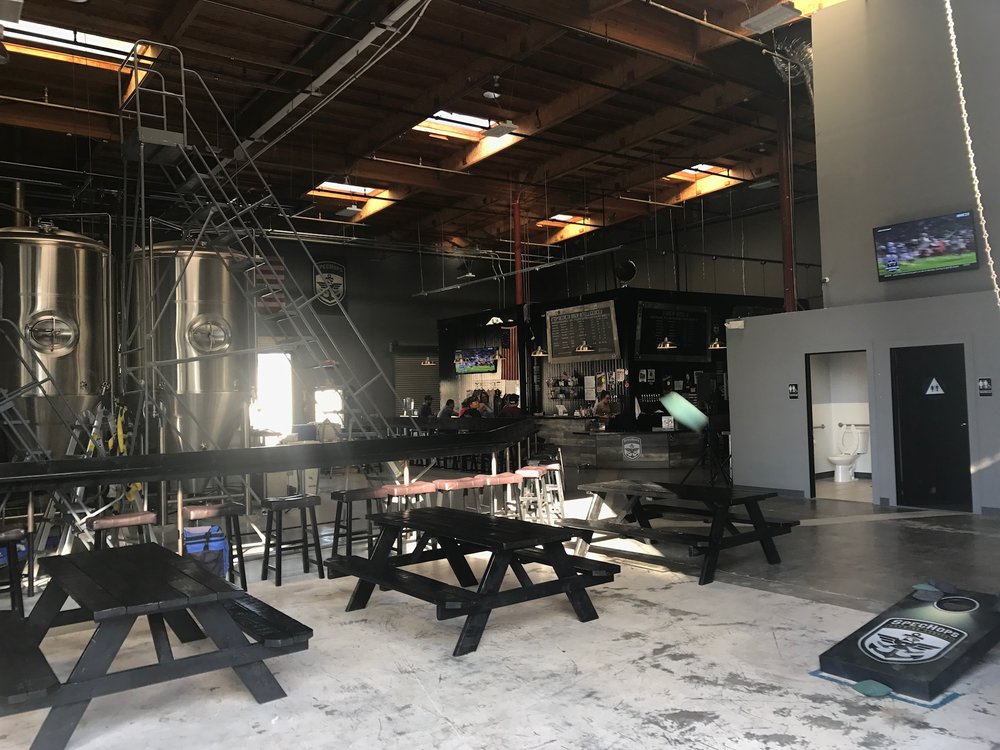 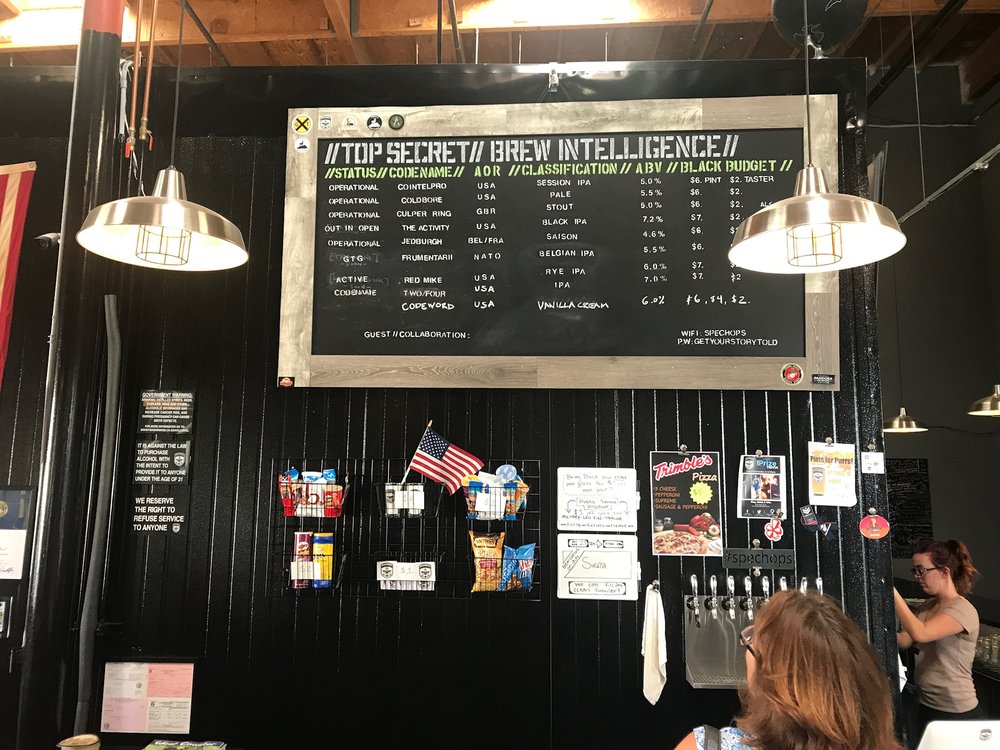 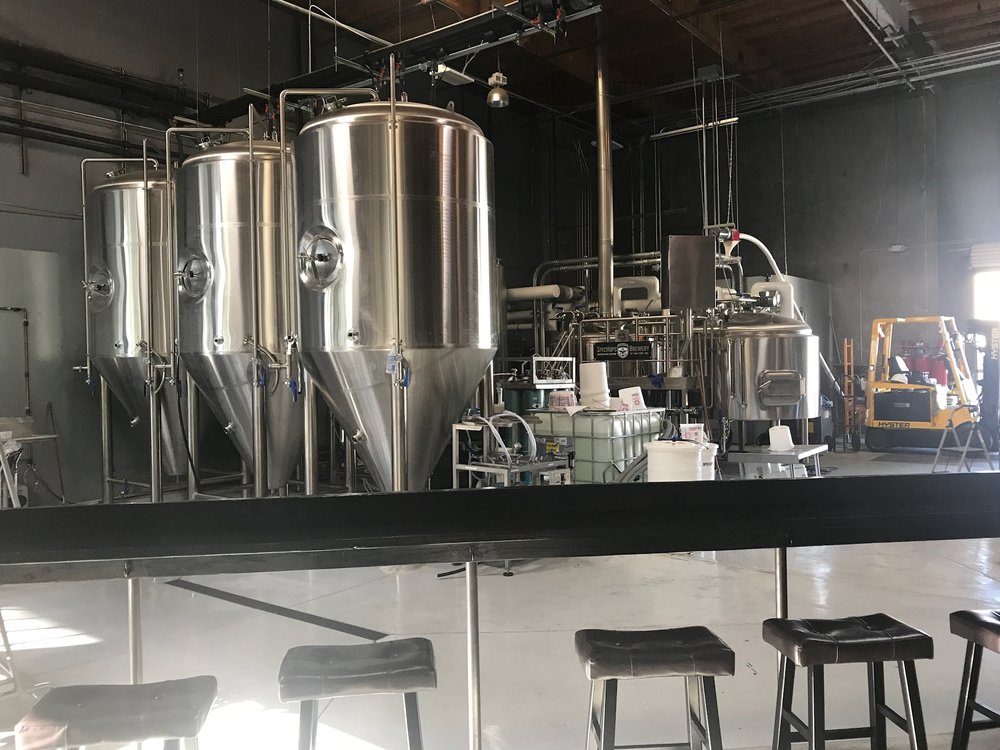 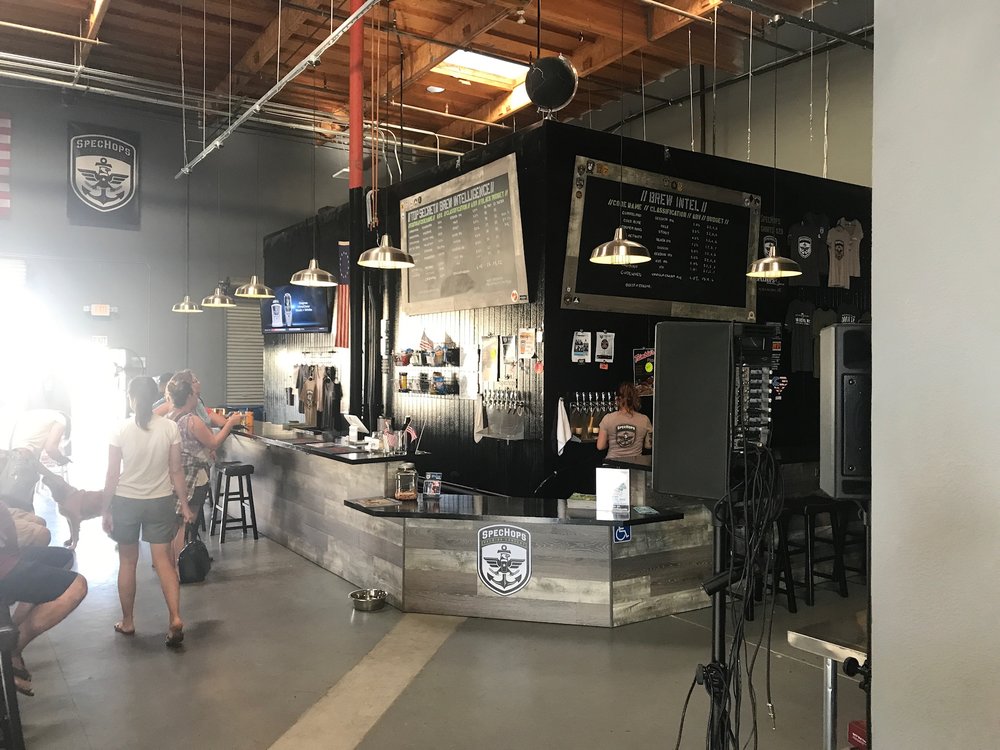 The folks we saw there were friendly, and the service was good. All in all, it is a good brewery-in-a-warehouse experience. Jenga, corn hole, a large garage door open to the outside for air flow, brewery tanks visible, etc. The “finish” of the interior is probably a cut above the average tasting room of this type. There was adequate seating at the bar and a few tables for the relatively small crowd present on a Saturday afternoon.

The one problem is that the most important thing, the beer, was not quite up to snuff. In the highly competitive Vista beer ecosystem, that’s not a situation that will be able to continue for long. Between the four of us, we tried eight of the beers on the menu. None of them knocked our socks off, a couple were good, most disappointed. The best thing I had was a quite good Rye IPA (a favorite style of mine), which was smooth and had a light sweetness finished with a nice bite from the rye; I rated it 3.75/5. There was a good Black IPA, too, that was deep, not overly bitter and had a medium mouthfeel.

My impression is that the brewery is still new (their grand opening was at the end of March) and it is still finding its way. The good beers we tried made me think that ultimately all the beers will be quality. They just aren’t quite there yet.