Wild Barrel Brewing is a unique new brewery with a pleasant tasting room in San Marcos. They offer a full range of styles, not just the barrel aged sours and imperial stouts implied by the name. #craftbeer #sandiego

Oops…I didn’t mean to take a week between posts. I actually have visited four breweries since my last post, I just didn’t get around to writing them up until now.

Sarah and I visited three breweries with Rob and Ann recently. It was a fun brewery crawl. (Thanks for being my designated driver, Sarah!) We visited Wild Barrel, SpecHops and Iron Fist; look for those other reviews soon. 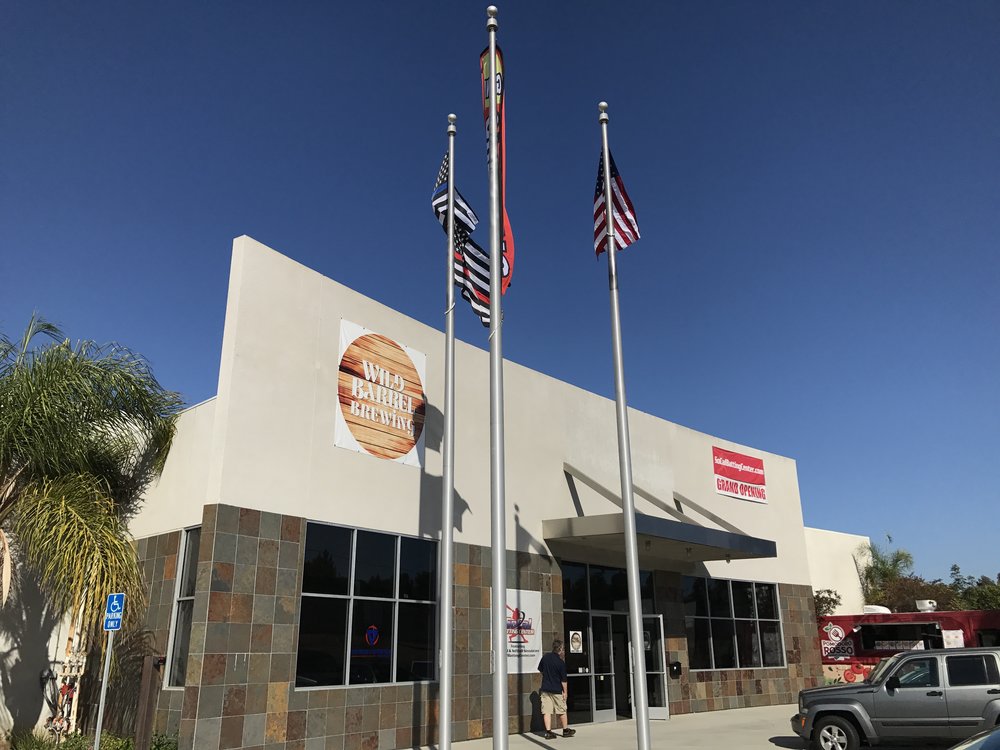 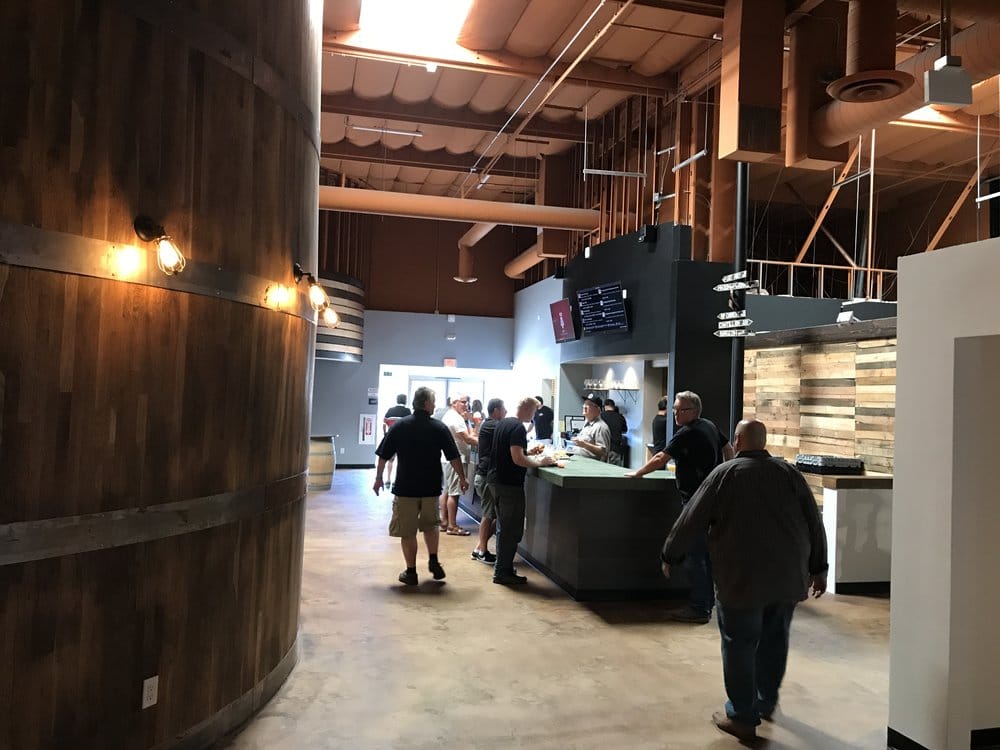 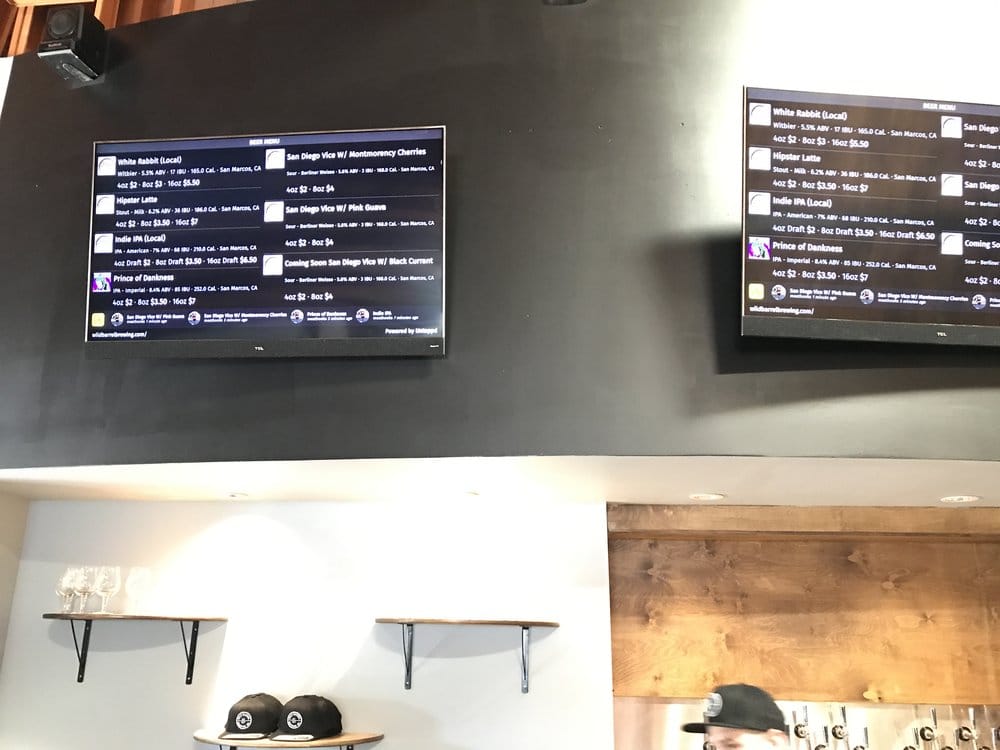 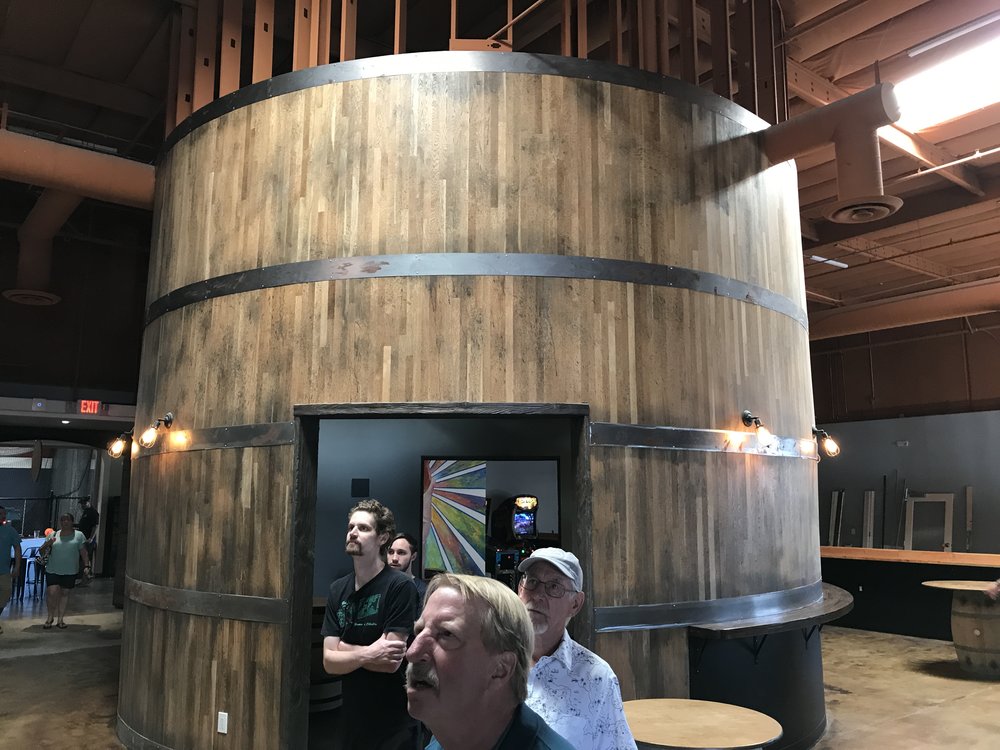 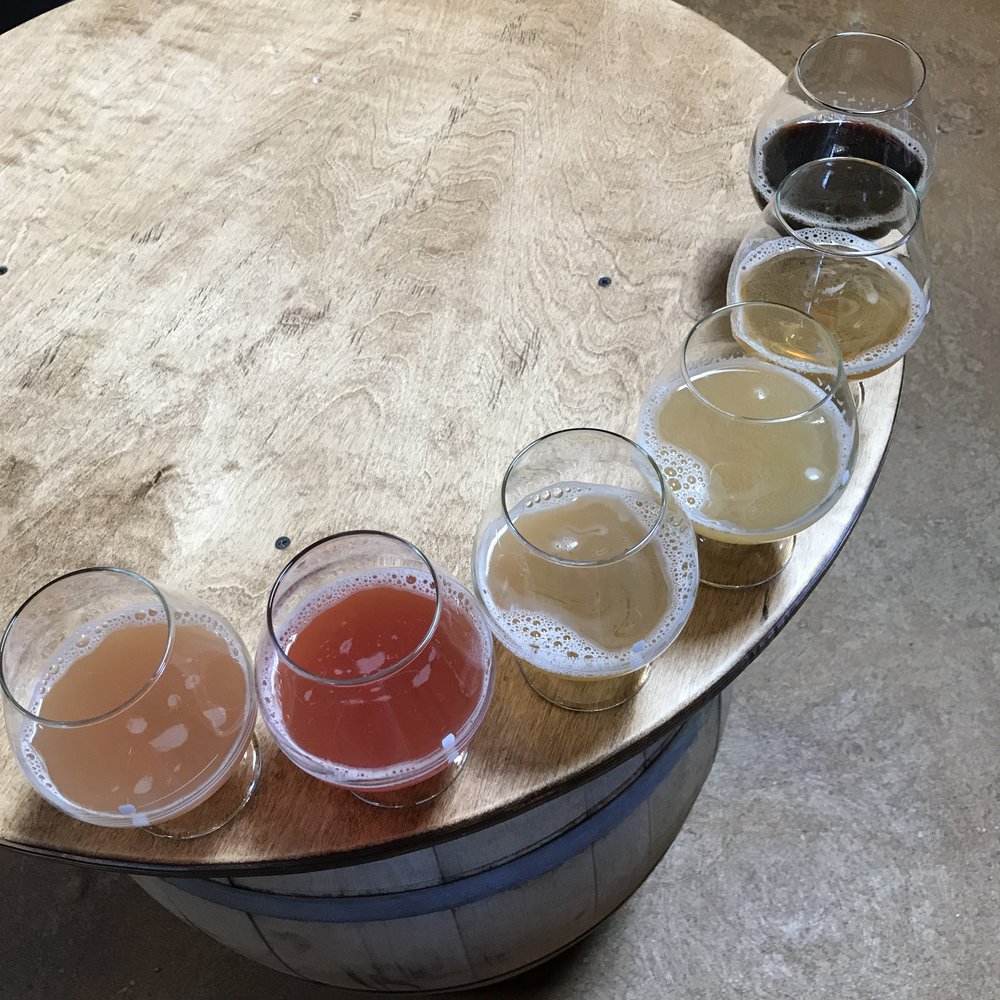 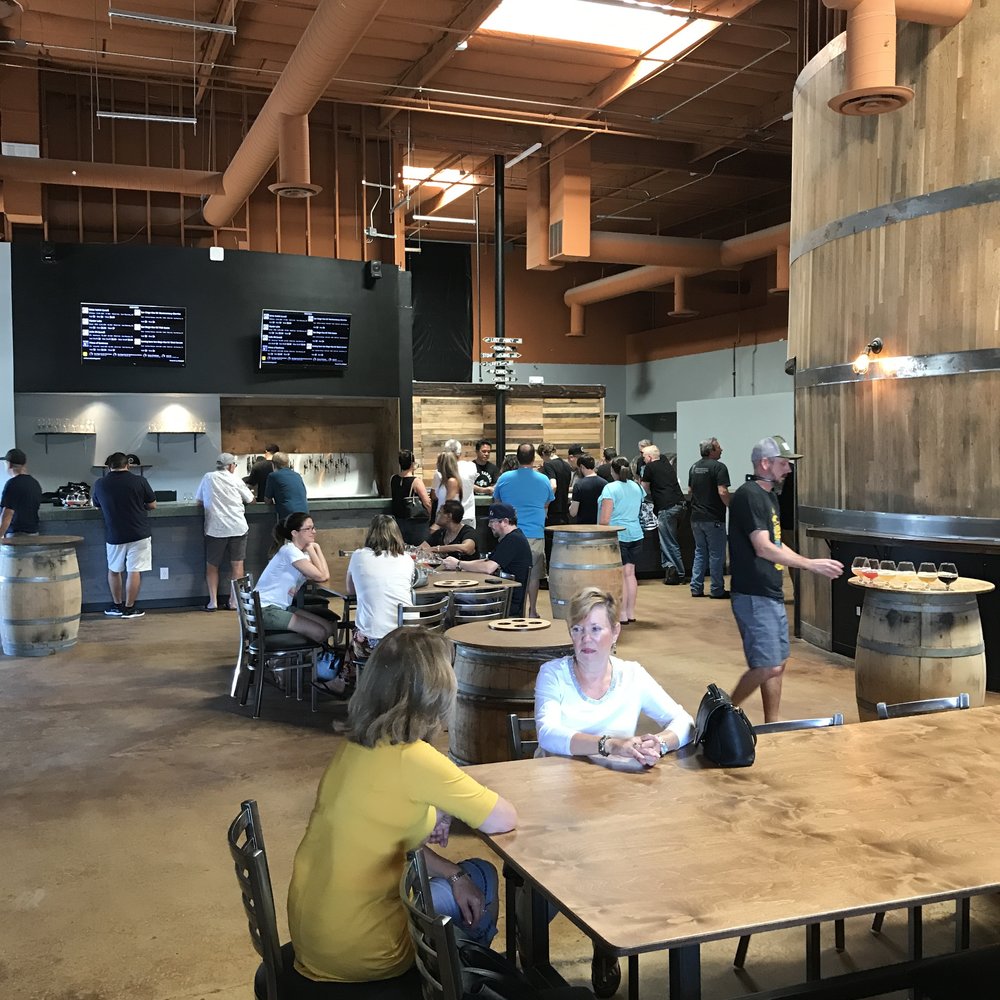 Wild Barrel is a joint venture that includes “Dr. Bill” Sysak as one of its partners. Sysak is rather well known and highly respected around the San Diego beer scene, as was obvious when we went to Wild Barrel’s first soft opening day. There were a LOT of people there, way more than most breweries get on opening, and Dr. Bill briefly addressed the crowd to grateful applause. (By the way, my students usually call me Dr. V, so I don’t resent Sysak taking the “Dr. Bill” handle.)

Wild Barrel’s main focus, as you probably guessed from the name, is on barrel-aged wild ales, which is to say, sours. However, they offer a full slate of beer styles. At the soft opening most of the wild ales were not ready, so the menu included just eight beers (plenty for an opening, one must admit!): two flavored Berliner Weisses (Cherry, Guava), a Witbier, a milk stout, an IPA and an Imperial IPA.

I remember learning about Wild Barrel Brewing around the same time that I first heard of California Wild Ales. The latter is not the same company as Wild Barrel: CWA contract brews with another San Diego brewery, then ages their beer in barrels and finally does bottle conditioning at their warehouse in Sorrento Valley, where their planned tasting room is not yet open. It has been easy for me to confuse the two companies in my mind because of their similar names.

I’ve made a practice of not publishing my beers ratings for breweries during their soft opening phases, since I believe the beers served at most openings are not representative of what a brewery will become over time. In the case of Wild Barrel, I could have lifted this rule. Between the four of us, we sampled everything on offer and all of it was well made; most of it was polished to a level that beats most breweries around San Diego, even well-established ones. That said, the ratings on Untappd are as yet a little out of balance, with nearly every Wild Barrel beer averaging above 4/5 there–folks got a little overexcited, I think. The beer is very good, don’t get me wrong, but no brewery is universally awesome on day one. My ratings were mostly in the mid-to-high-3s on this first batch of beers.

The venue is cool looking, especially the huge faux-barrel (several storeys tall) in the middle of the tasting room. The venue is large and has high ceilings but it doesn’t feel like a warehouse. Some of it was still being built out, so I’ll have to go back after a few months to get the full impression. But overall, the design is unique and well-executed, it is a comfortable place to hang out, and there will be plenty of seating. The only slightly strange aspect of the place is that it shares a lobby with the batting cage company next door. The sound of balls ringing off bats is not too loud from within the tasting room, so don’t be put off. As we remarked, parents of kids doing batting practice will no doubt be thrilled that the tasting room is now open!

Wild Barrel is a brewery to watch. I expect a quick move to the top third of San Diego breweries, and a trajectory that places it near the very top within the not-too-distant future.

The Complete History of the Citra Hop