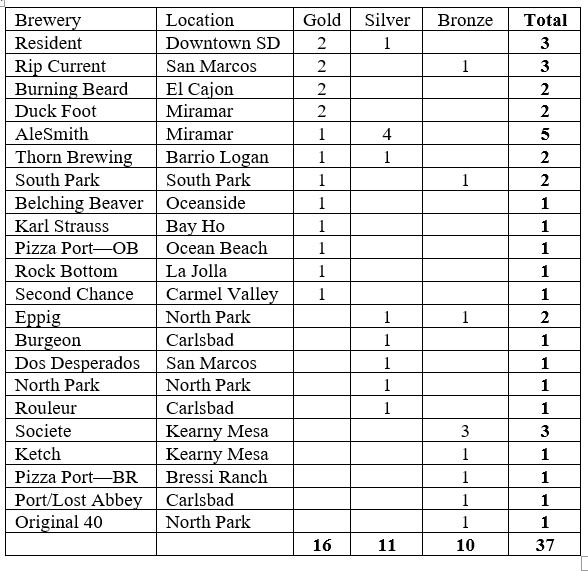 One hundred and ninety independent California craft brewers submitted a total of 1,266 beers into competition, and awards were given in 58 style categories.

The “Best in Show” award went to San Marcos’s Rip Current Brewing for their Breakline Bock, which was entered in the Traditional German-Style Bock category.

Here’s a chart of the SD winners: