Underrated: San Diego breweries that don’t get the hype they deserve 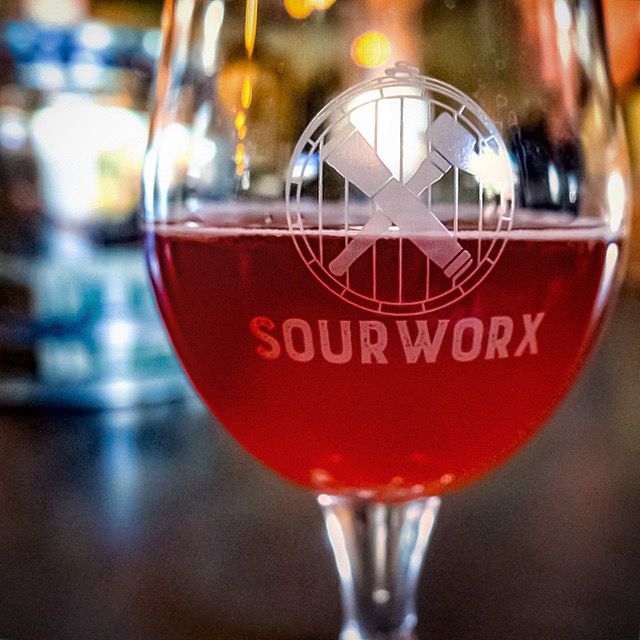 A lot of excellent breweries fly under the radar. After three years and visiting every brewery in San Diego County, here’s my list of the places that deserve more attention.

This list is a losing proposition for me. I’m going insult some breweries by saying they are underrated, I’m going to insult others by implying they aren’t good enough to make the list, and I’m going to offend drinkers at just about every brewery who will all have their own opinions about who should be on or off this list. So be it. Here goes my beer-blogger self-immolation.

Breweries made this list if I love their beer based on my own experiences, and if I have the impression that there is less chatter about them than I think they deserve based on beer quality. This means that I am by no means claiming this to be an objective or complete list: My judgement could be wrong about beer quality or chatter level. But I have spent the last three years pretty deeply involved in the San Diego beer scene, and I’ve now been to every brewery in San Diego.

I’ve included average Untappd ratings for each brewery listed, though I’m not sure how one should interpret them, really. And I should point out that I looked up the ratings after compiling my list. The ratings played no role in a brewery being on or off the list. If you don’t care about the logic of ratings, skip ahead to the list.

For breweries with a large number of ratings, there is the phenomenon of regression, which is to say that with a lot of raters, high average ratings tend to drift down. Then there are the contrary effects of low numbers of raters — sometimes, it is a small but rabid fan base that runs up the ratings; sometimes it is just a small number of visitors and they rate lower because they haven’t heard hype about the brewery. Then again, places like Home and White Labs aren’t so much aiming for “awesome” beer as interesting beer–some experiments fail, and some drinkers don’t react well to things they aren’t expecting. And some hype breweries get high ratings because they have gotten high ratings. Add to that the fact that the rating system seems to guarantee that a lot of good to very good breweries get bunched up in the 3.25 to 3.75 range. In other words, take the average rating with a grain, or a shovel, or salt.

It might be the obscure name. It might be the location, way out in far-too-hot Santee. Whatever the cause, BNS is vastly underappreciated in San Diego and beyond. They make REALLY GOOD beer. The proof is in the pudding, where in this case “pudding” means “all the damn medals they win.” Including four from GABF. Here’s a case where I think the average rating is definitely lower than the brewery deserves. Here’s my review. And 91X Beer for Breakfast agrees with me that BNS is vastly underrated. So does Indie Beer Show.

Founded in 2013, Culture Brewing has three (soon four) locations: the brewery and tasting room in Solana Beach, a tasting room in Ocean Beach, a tasting room in Encinitas, and a tasting room to open in late 2019 in Manhattan Beach. They sell almost none of their beer through distribution, except for a very small number of self-distributed kegs sold as personal favors to local friends in the industry. Because margins are better in their own tasting rooms, they have adopted a deliberate strategy of cultivating a local clientele and staying beachy. They don’t do “hype” beers and they don’t participate in can release madness; they DO make excellent beers, to style, and offer a wide variety. One of the things they pride themselves on is being able to guide newcomers to a beer they will enjoy. This friendly, approachable attitude is working for them, big time: They have increased their fermentation capacity from 50 barrels in 2015 to 270 barrels in 2019. No doubt part of this growth is due to their two GABF medals, but I would have expected even more growth, and more popularity, given the quality of the beers. Here’s my review and a profile I did on head brewer Aleks Costka for Coast News.

To call Home underrated is a bit misleading. The Homebrewer, home to Home Brewing Co., was named the American Homebrewers Association “Homebrew Shop of the Year” for 2018. But outside the homebrewing community, Home Brewing is not widely enough known. That’s a real shame, because there are few-to-no breweries in San Diego where you will experience friendlier or more helpful service, where the staff are more eager to talk beer, or where the variety of beer on offer is more interesting. Home won a bronze medal at the 2018 GABF for historical beer, and three medals at the 2018 San Diego International Beer Competition. They can just a few of their beers, mostly one-offs. You can’t go wrong visiting this spot. Here’s my review.

This spot should be included on every “must visit” list for anyone coming to San Diego for a beercation, or indeed for any local who claims to be a beer lover. White Labs is a yeast-and-other-stuff supplier to the craft brewing industry worldwide. White Labs’ owner, Chris White, got his start at Home Brew Mart, which later became Ballast Point. He has a PhD in Biochemistry from UCSD.

Sure, professional and home brewers know White Labs as a supplier (as evidenced by the fact that the “Team” portion of the White Labs website lists almost 150 employees). But as a brewery, as a place to taste beer, it is vastly underrated.

For ordinary beer lovers, there are very few tasting room experiences that are more educational than you can find at White Labs: They often split batches of wort and ferment each part with a different yeast strain. You can do a flight of the “same” beer brewed with different yeasts and really learn about the (massive!) contribution yeast makes to beer. It is an eye- and palate-opening experience, even for people who consider themselves beer aficionados. Frankenstout, brewed with 100 different yeast strains, is also a fun experience when it is available.  Plus the tasting room is very nice. Here’s my review.

Initially suffering from its location in La Mesa, Helix has quietly built itself into a powerhouse. Their core beers are great (I especially love Galaxy Rye IPA). And the next door tasting room/barrel house they built for their sour beer portfolio, called Sourworx, is a revelation. There, they serve sour beers aged and blended on site, all excellent and interesting. The interior design in both tasting rooms is “sophisticated rustic.” The two low brick buildings enclose a  courtyard strung with lights and sporting both a large leafy tree and a stage. If you want live music in a delightful, relaxed setting, with good beer to boot, I can’t think of a better brewery in San Diego. And they have excellent food trucks out front all weekend. Here’s my review.

Like many of the others on this list, the beer at New English wins a lot of medals in competitions, and yet in San Diego you almost never hear about New English as one of the hot breweries. That’s partly because they focus on non-hype styles (in my opinion, the best breweries do). It is partly a focus on their tasting room crowd (large and loyal, but largely local). I suppose it is partly their obscure Sorrento Valley location, too — neither south nor north but some “no man’s land” between. And yet: I’ve had some of the very best beer I’ve ever tasted at New English barrel-aged beer releases; their regular brown, coffee stout and WCIPA are all excellent; and you can find some of their beers at retail outlets around the county. If you don’t know New English, you really should. Here’s my review.

Another home brewing shop with a brewery that made this list, the brewery (and its second tasting room location, the two about two miles apart in Vista) is now the much larger part of the business. The beer has impressed me every time I’ve visited. Bear Cookie (a peanut butter stout) is a personal favorite, but I’ve had many excellent beers, of a variety of styles, at Bear Roots. I think Bear Cookie is the best peanut butter stout in San Diego, which is really saying something since Mother Earth and Belching Beaver are both close to Bear Roots. If I’m right, that probably means it is the best peanut butter stout in the world. Also, try the Imperial Orange Double IPA. Good pales, stouts, reds and IPAs, too. My impression is that the average beer quality here is higher than the average in the county, and that there are some real gems in the mix. Plus they are really nice people and they have built a very loyal community of regulars. Here’s my review and my column from Coast News.

One of their logos is a picture of the state of California with the word “Karlifornia” written across it. You might think it would be hard for the 2016 GABF Mid-size Brewery of the Year — and a perpetual winner of prestigious medals for a wide variety of its beers — to be underrated. But unfortunately they’ve kind of become part of the Karlifurniture, if you know what I mean. Always there, always good — it somehow kind of fades into the background of the San Diego craft brewing scene. That’s a damn shame. Karl Strauss celebrated their 30th anniversary in 2019. I wonder if what is happening to Boston Beer Co. isn’t part of what’s happening to Karl Strauss: “old” brands just don’t get attention (or at least, don’t get hype), no matter how good and how consistent their beer is. Resist the temptation to think this way: Go drink some Karl. Here’s my review.