Review: Growler in a Bag from GroovyGuyGifts.com

Can you think of a better way to spend a sunny afternoon? My first product review on this site: Love the insulated growler bag. Good for six packs and picnics, too. #craftbeer #growler

Every now and again I get invited to attend an event or review a product. This is one I decided to agree to. GroovyGuyGifts.com offered to send me either a Viking drinking horn (cool looking, but I didn’t think I’d ever use it), a mug with my own characture on it (I don’t want to look at myself when I drink, but it was funny), and a growler in a cooler bag. As you can tell from the cover photo, I opted for the growler. I wasn’t paid for this review, but I did receive the product for free.

Shipping was fast, even taking into account the time to engrave the bag and the growler with “V”. They can only do letters, not other symbols, and only one. It would have been slick to have gotten the BeerMaverick.com logo, but it is still nice to have it somewhat personalized. The whole thing was packed for shipping very well; it would have taken serious mishandling for damage to have occured in transit.

The 64oz brown glass growler is exactly what you’d expect. The bag is very well made, much more “tailored” than I was expecting for something that retails for $21.99 (regularly $27.99 for the bag alone; $47.99 with the growler–FYI $26 is a shocking price difference for the glass, even if it is engraved, since you could get the glass alone for just a few bucks online.).

Among the key features of the insulated bag: the whole is beautifully stitched with leather accents, it has a pocket for something small in front, it has a convenient handle on the top, and it comes with a very well made and comfortable adjustable shoulder strap. The zippers are high quality and move smoothly. The bag is made from an attractive green canvas-like material on the outside, and is insulated on the inside. It feels padded, like the growler could take a little more abuse in the bag than out. I wish the top were a little more padded and that the bag itself were about a quarter inch taller, so that the cap/top of the growler would be that much more protected. As is, though, everthing works great.

On my first attempt to use the growler, the brewery told me they wouldn’t fill it with the cap that ships with the growler (that cap, by the way, would be easy to lose in the shipping materials). It was one of those thin metal screw caps; the beertender called it a “disposable” cap and explained that those caps are so poor that the brewery worries about the quality of the beer by the time you drink it–CO2 gets out, oxygen gets in, everyone gets unhappy. Fair enough. I’m glad they care enough about their beer to not serve it in vessels that could degrade the beer’s quality. As luck would have it, just a few days later I had plans to attend an event at a home brewing store, so while I was there I bought a polycarbonate cap for the growler for about $1. Next time I tried to fill the growler, no issues. It would be awesome if the growler shipped with a good cap in the first place, though.

On that first attempt, I ended up buying a six pack at the brewery instead, and I learned two more important things. First, a six pack of 12oz cans is more beer than a 64oz growler, and it costs less ($14 vs $19 for the beer I was getting). Granted, a six pack is most often not going to be as fresh as draft beer, but even so the increase in the convenience, portion control, and portability of cans makes cans the far better choice for most purposes. But, second, the cooler bag for this growler holds more than a six pack of cans if you take them out of the box (it would fit 8 or 9 cans). That makes this bag IDEAL for taking a six pack of cans to the beach, camping, a party, or whatever. I did a test and found that four hours after putting the cans in the bag, they were still acceptably cold, even without adding ice to the bag. In fact, I think we’ll be using this bag to keep picnics cool pretty regularly. 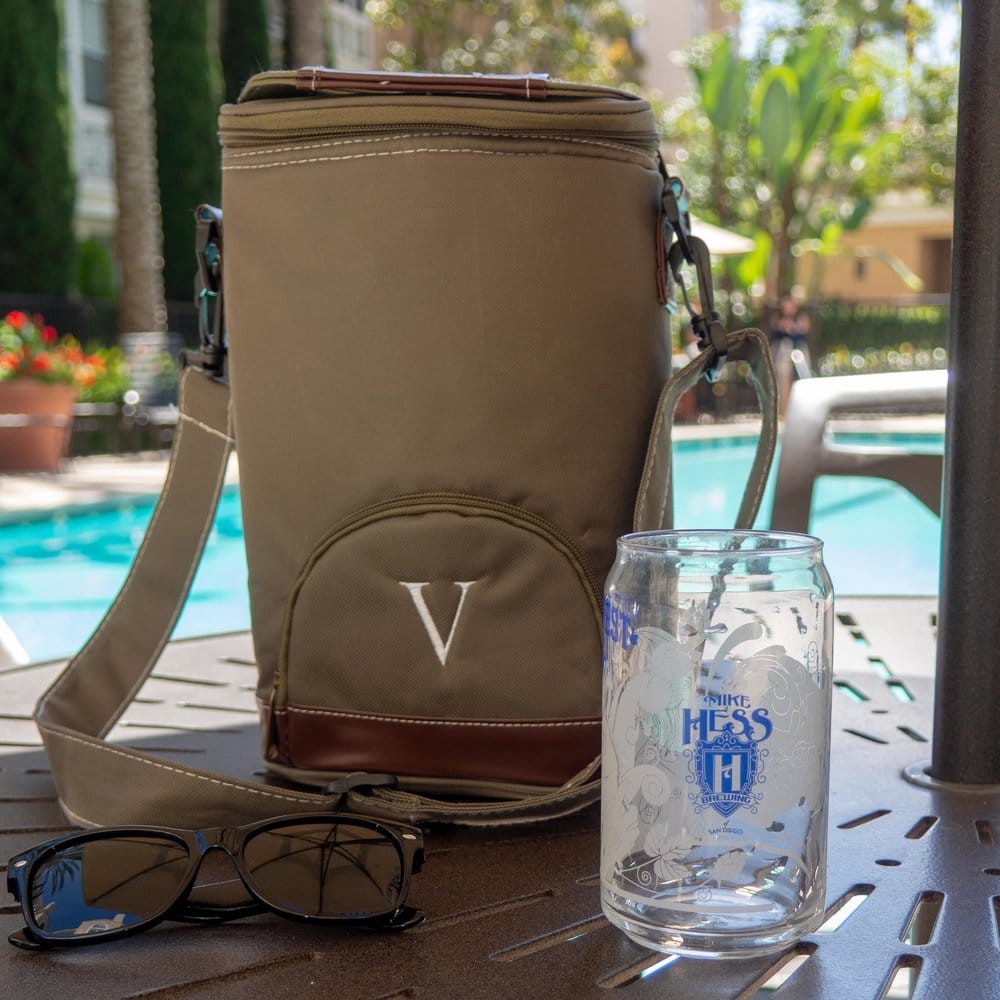 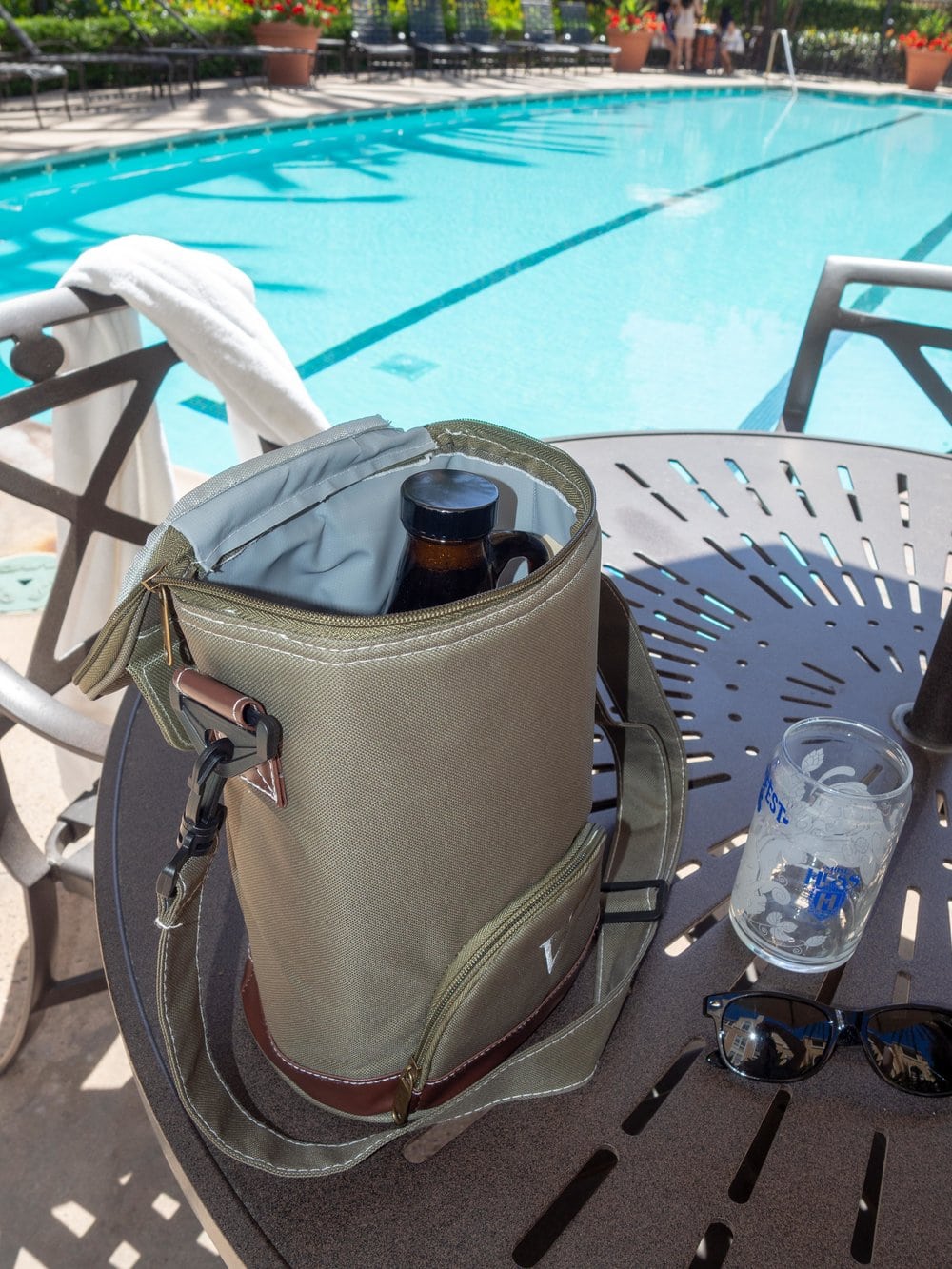 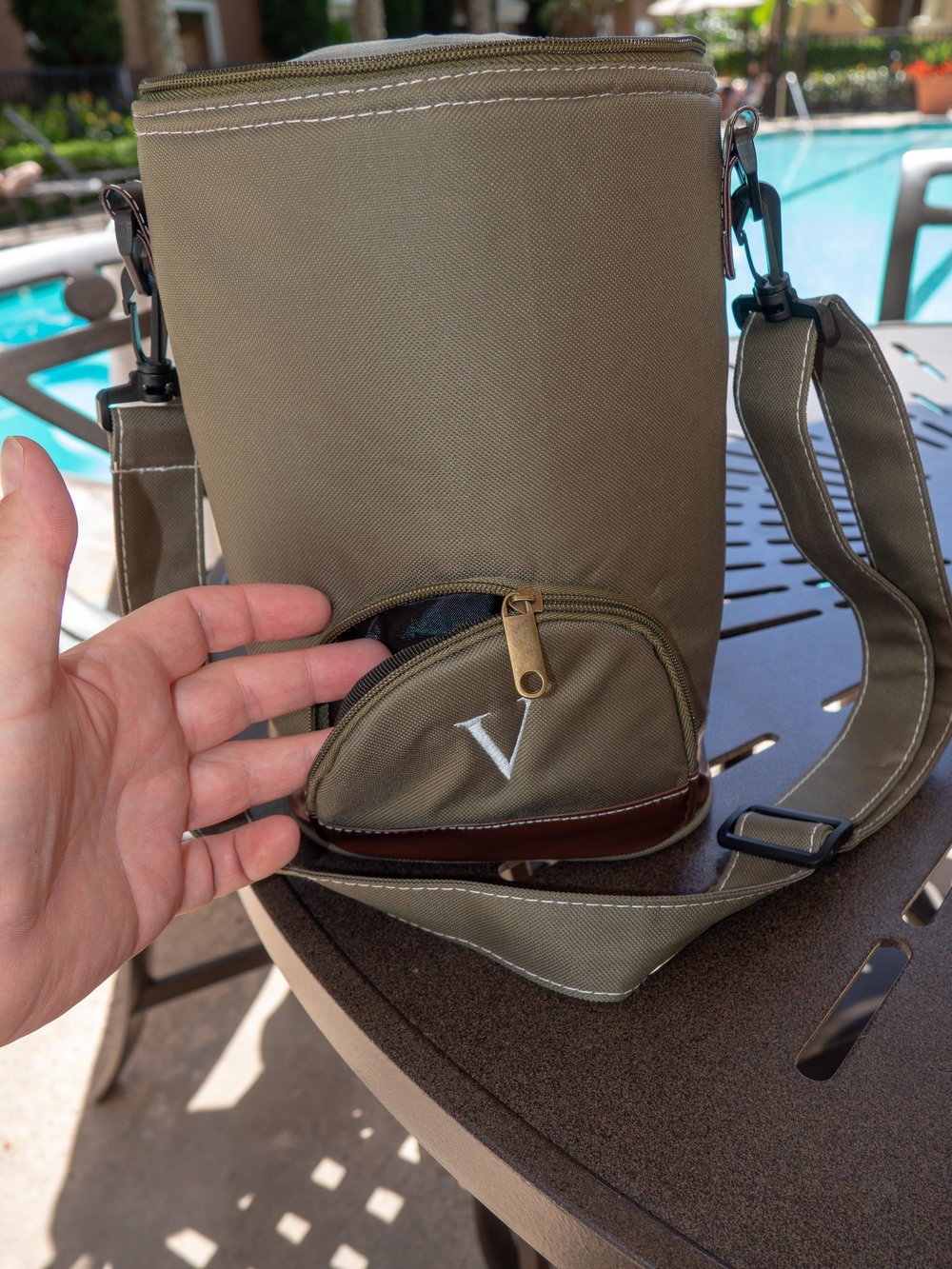 You need to drink growler beer within a few days, so unless you are very thirsty or have a lot of friends I don’t quite see the value in it. I also don’t have the knack of pouring out of that big heavy jug in a way that doesn’t leave me with far too much head in my glass. But I know some people love their growlers. Certainly, if the beer you want isn’t sold in packages, you don’t have other options for drinking it off-premises. As growlers go, this one is no different than most others of the glass screw cap type. As cooler bags go, however, this one is very nice. I’d buy just the bag if I didn’t have it already.