SR76 Beerworks is a about an hour’s drive from San Diego proper. It is worth it for the pleasant views along the way, the comfortable tasting room and the very good beer.  #craftbeer #sandiego

[In September 2019, it was announced that this brewery would be rebranding as Rincon Reservation Road Brewery. It reopened in January 2020.]

Named for the nearby highway that mirrors the trail once used by the Rincon Band of Luiseño Indians to travel to the coast, SR76 Beerworks bills itself as the first craft brewery owned by a Native American Indian tribe. Located on the property of Harrah’s Southern California Resort (though not accessible from the casino floor), the SR76 tasting room is very nicely done. It is large, has several seating areas with different moods (large bar, tables, armchairs, counter under the window) and the design is excellent. It feels polished yet comfortable. There is none of the chaotic hustle of the casino, which makes it a pleasant respite, especially considering the views of the mountains through the large windows. The day I was there the bar manager was DJ-ing a playlist of mostly-80s music, which was fine with me since those were my high school days. 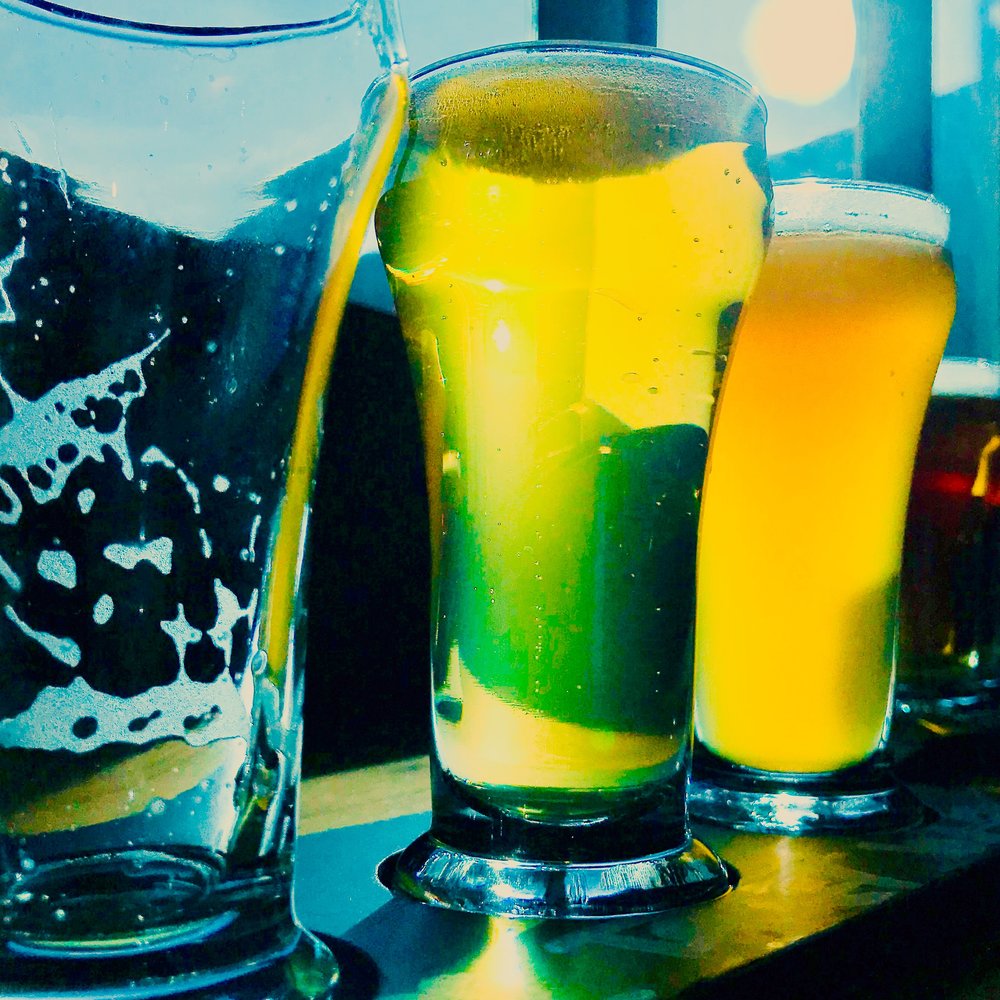 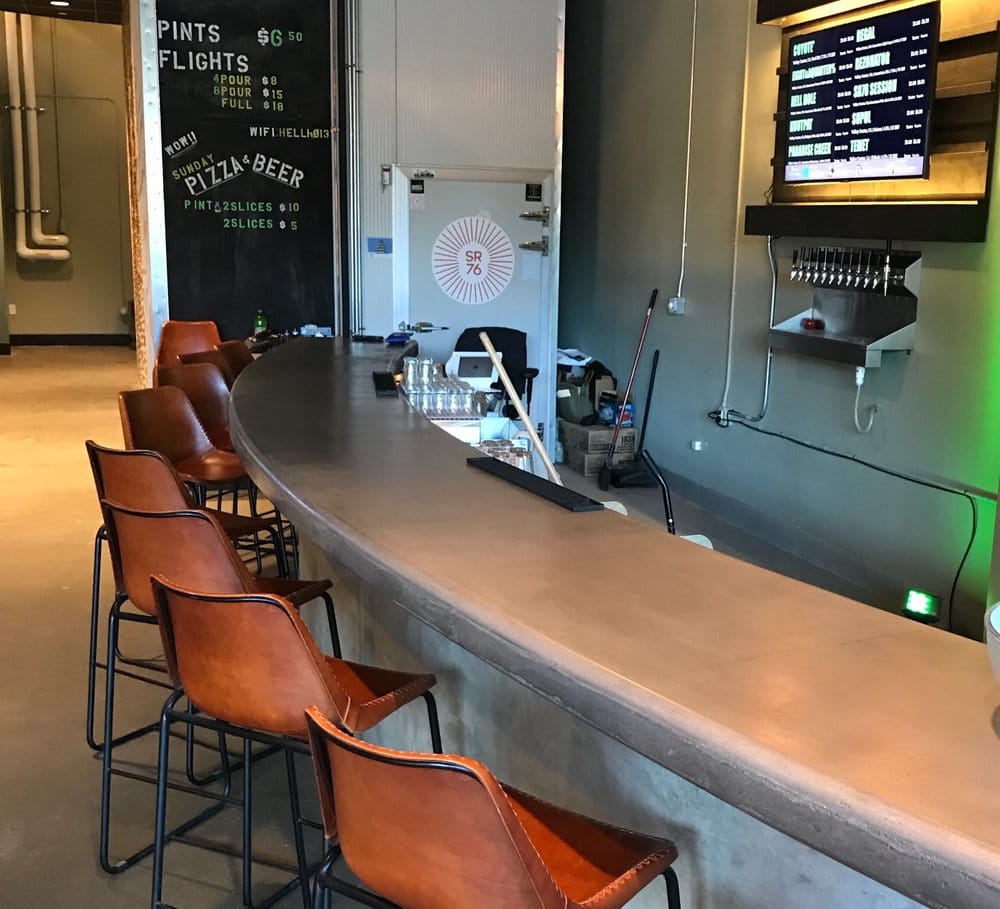 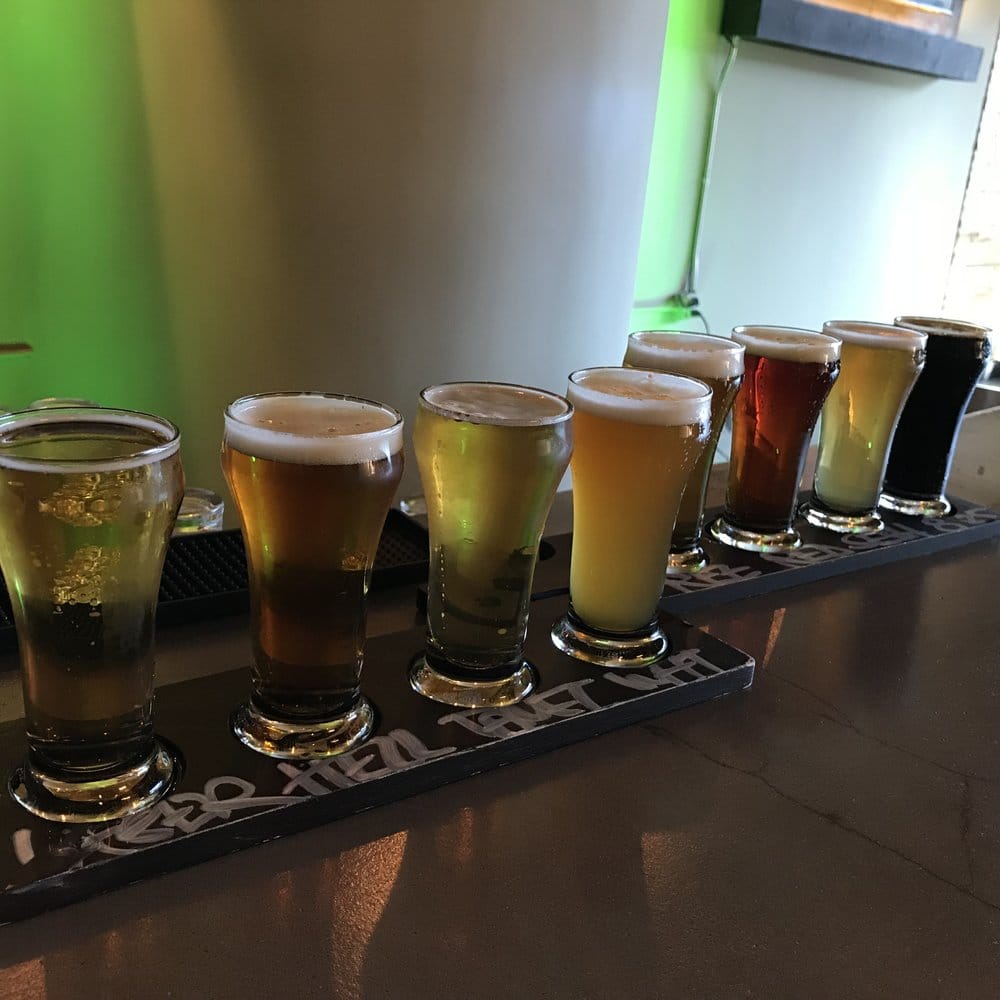 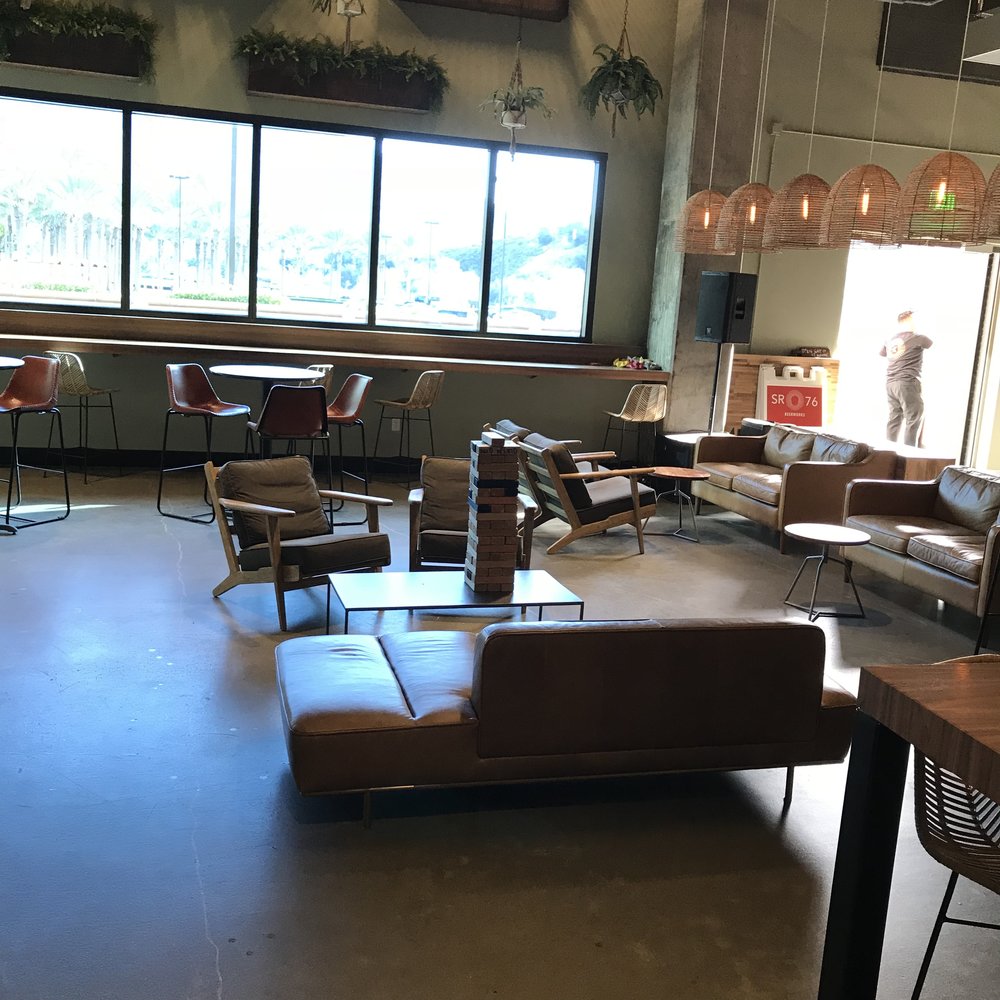 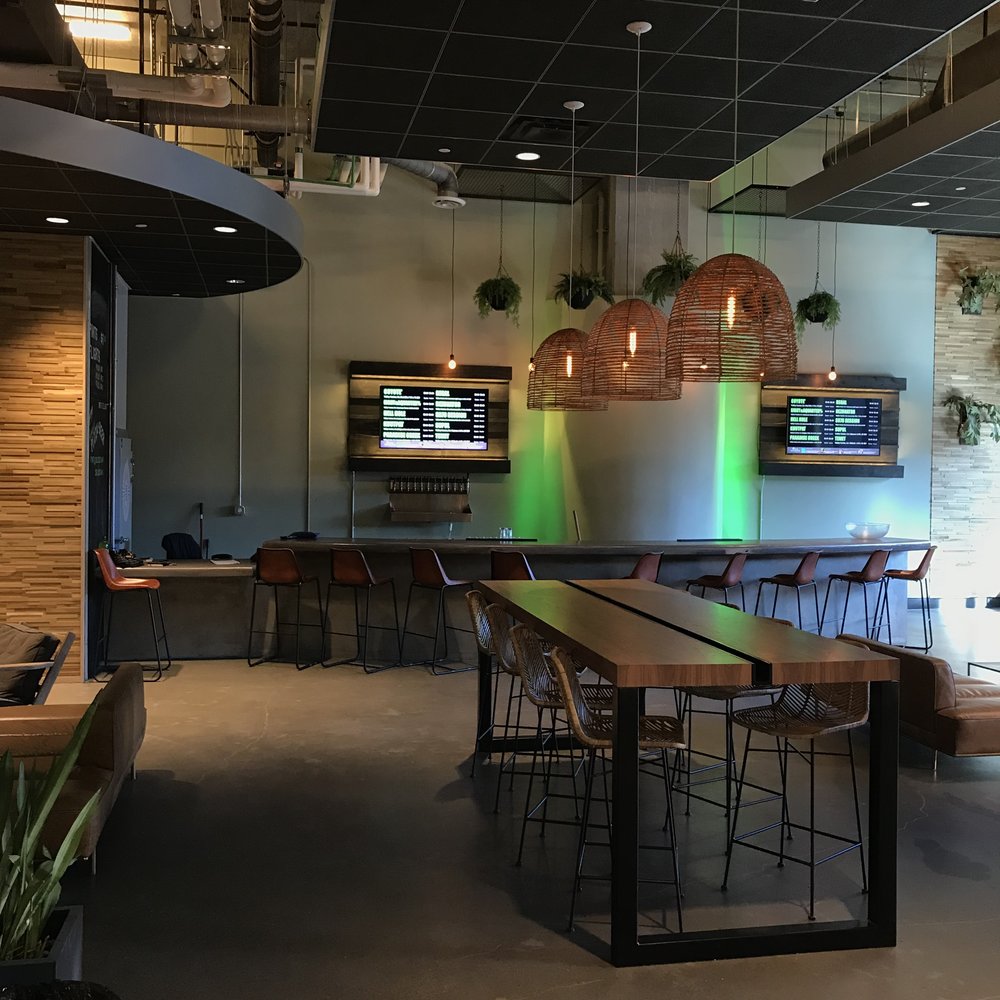 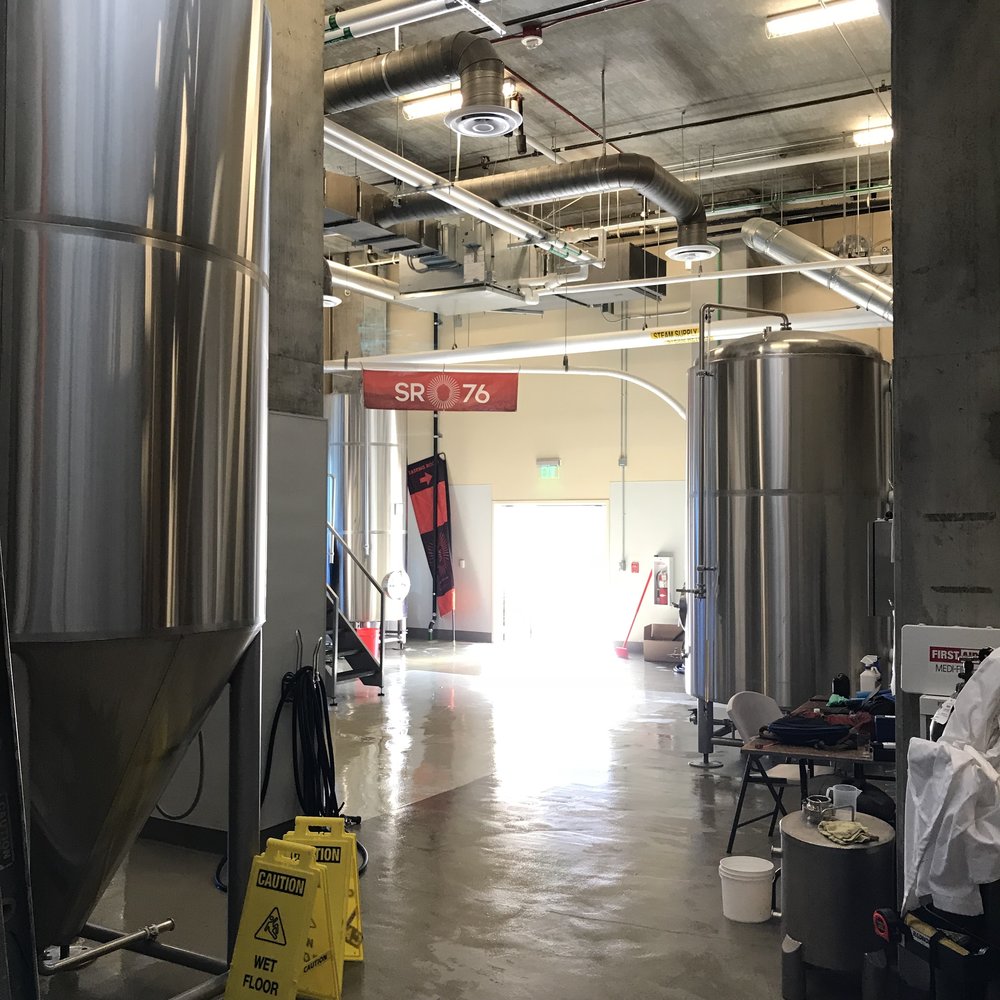 They offered three flight sizes: four or eight large tasters (6oz, I think), or all ten beers on the board for $8, $15 or $18 respectively. Since I had a couple of free hours but still needed to be able to drive back to San Diego, I went for the 8-taster flight. The free bottle of water and bag of pretzels that came with it was a nice surprise.

As for the beer, I was quite impressed. Although my flight was heavy on some of my less-than-favorite styles (Kolsch, Hefeweizen, lager, session pale ale, all of which are in my “meh” category in general), everything in my flight was at least good if not even better than good. My two favorites were:

Of the 178 reviews I’ve done now, there haven’t been many breweries where I was able to rate two out of eight beers at 4/5. This is a place worth checking out, especially if you are craving a little casino action anyway.

Service was personable and friendly. They read my mood perfectly; checked in on me often enough but were not intrusive.

I struggled to locate the entrance to the parking area next to the brewery; signage could be better, and Google Maps doesn’t quite get you there.