Belching Beaver just renovated and rebranded their original brewery in Vista as “Pub 980”. This Oceanside location is the new main production brewery. As you would probably expect, the brewing area is huge, with massive tanks. It is quite impressive just because of the scale of the place.

The tasting room is just okay. There is lots of space, but only a few tables. Bar seating was limited. There is a company store in the corner, and games like giant Jenga and giant ConnectFour are available. There was nothing wrong with the service, but it wasn’t exceptional either. I think the staff feel swamped by the volume of customers, and there is a little element of them feeling “hipsterer-than-thou”. Parking was a little tough on the weekend.

Because it is so large, this area and the tasting room have even more of an industrial feel than in the usual craft brewery. For this reason, even if I lived nearby, I don’t think I would chose this location to hang out at: You could go instead to Pub 380, or the Belching Tavern and Grill in Vista, both of which are very pleasant places to spend time. The Belching Beaver North Park tasting room is likewise very nice. 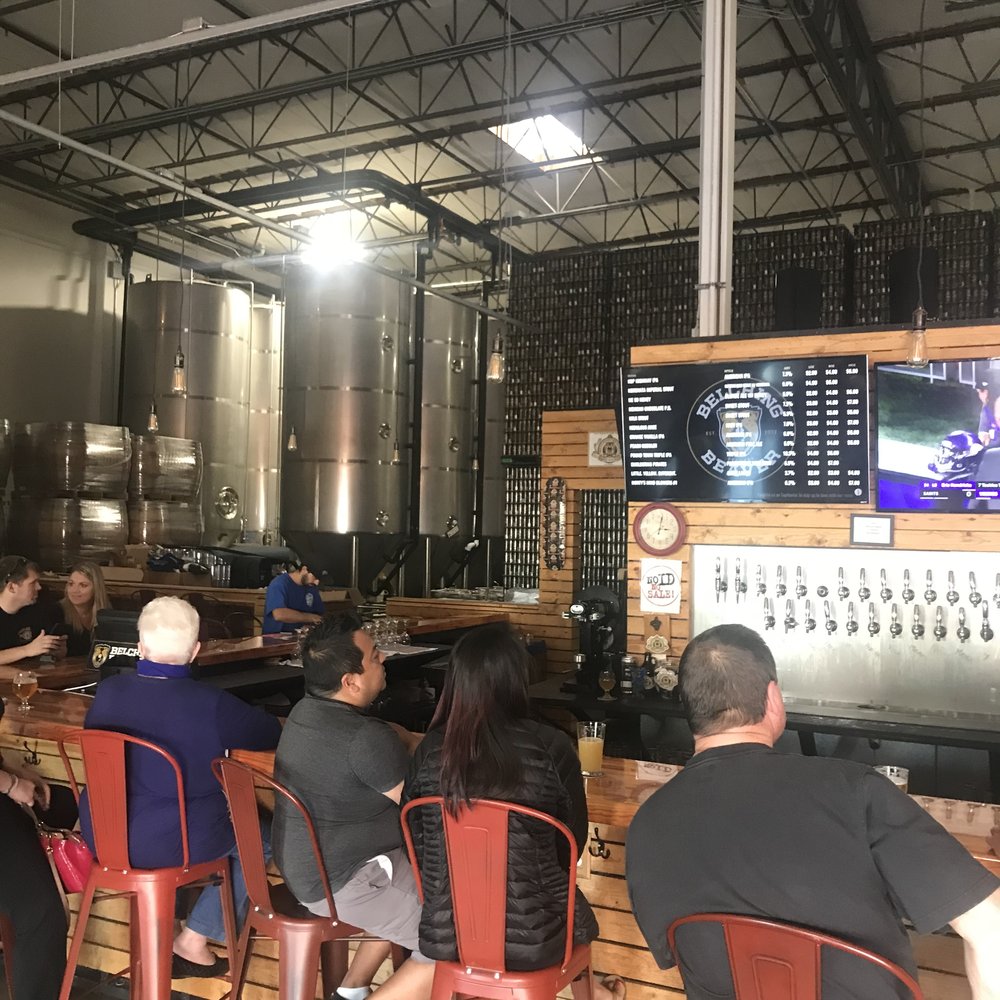 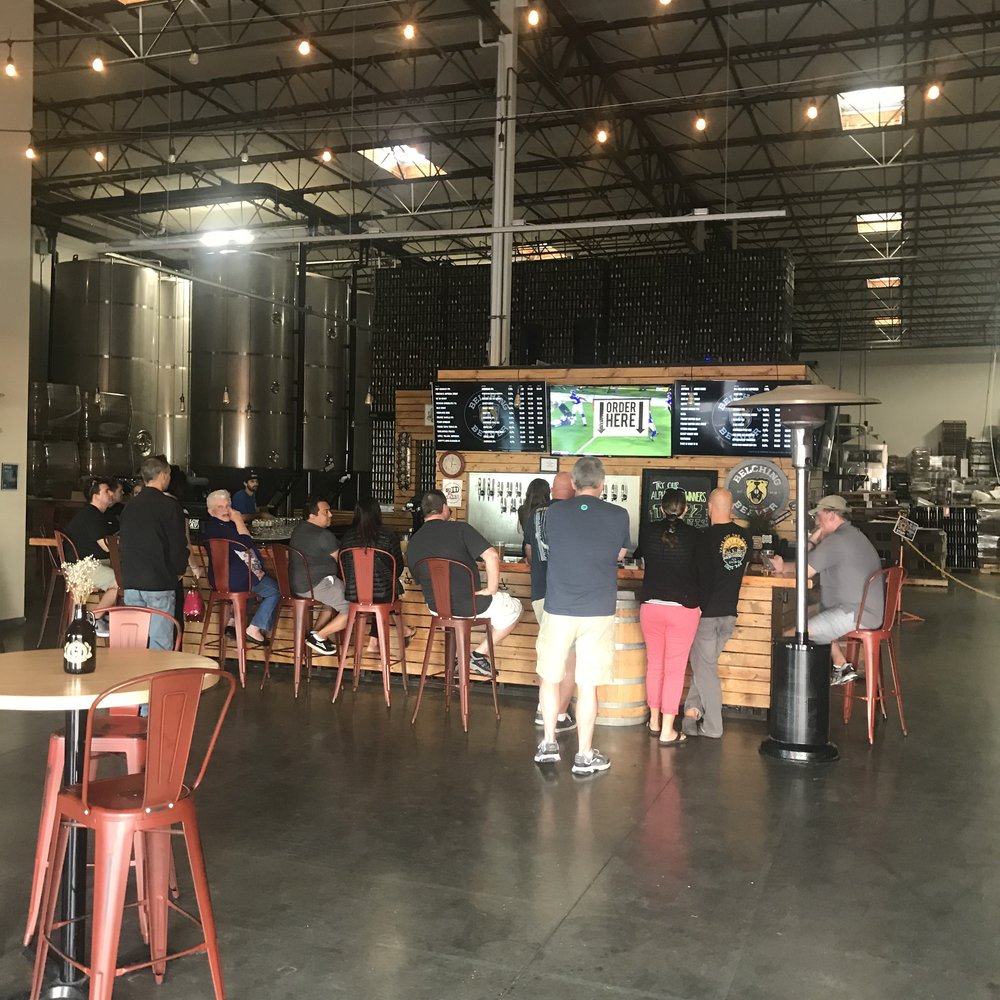 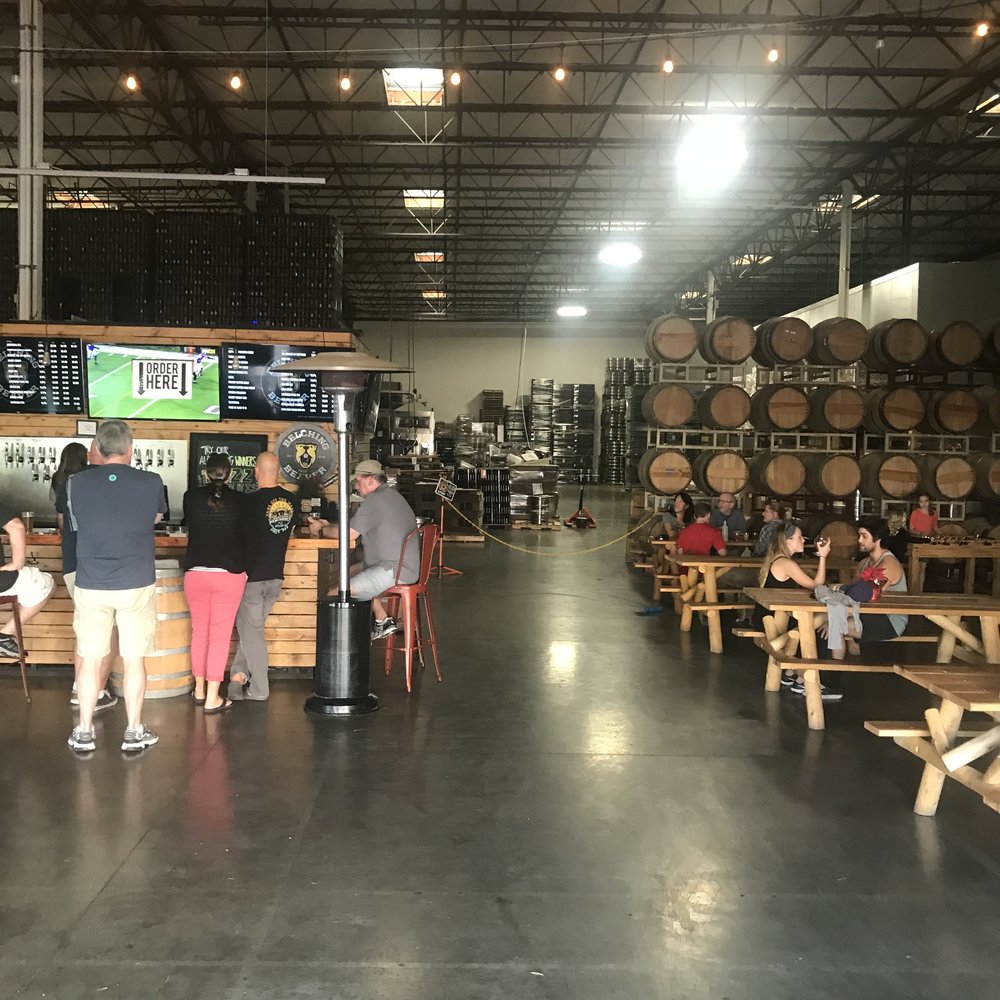 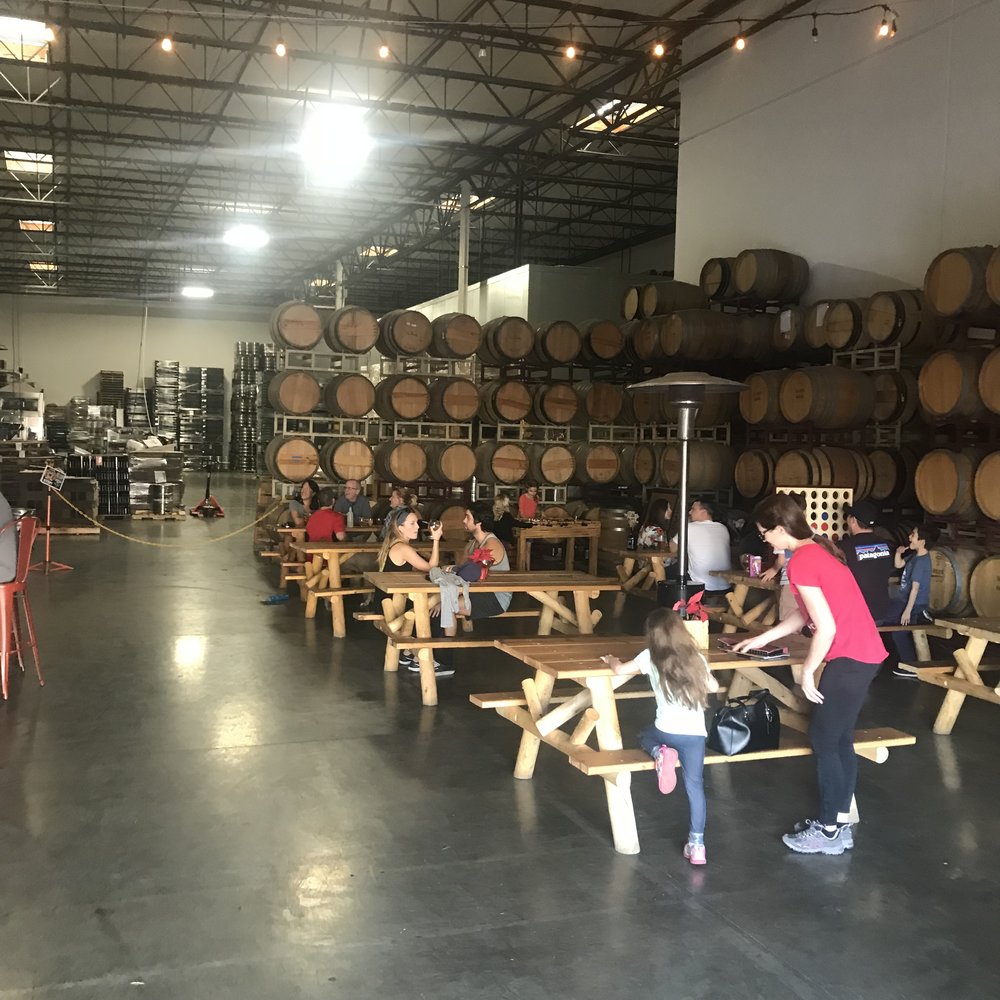 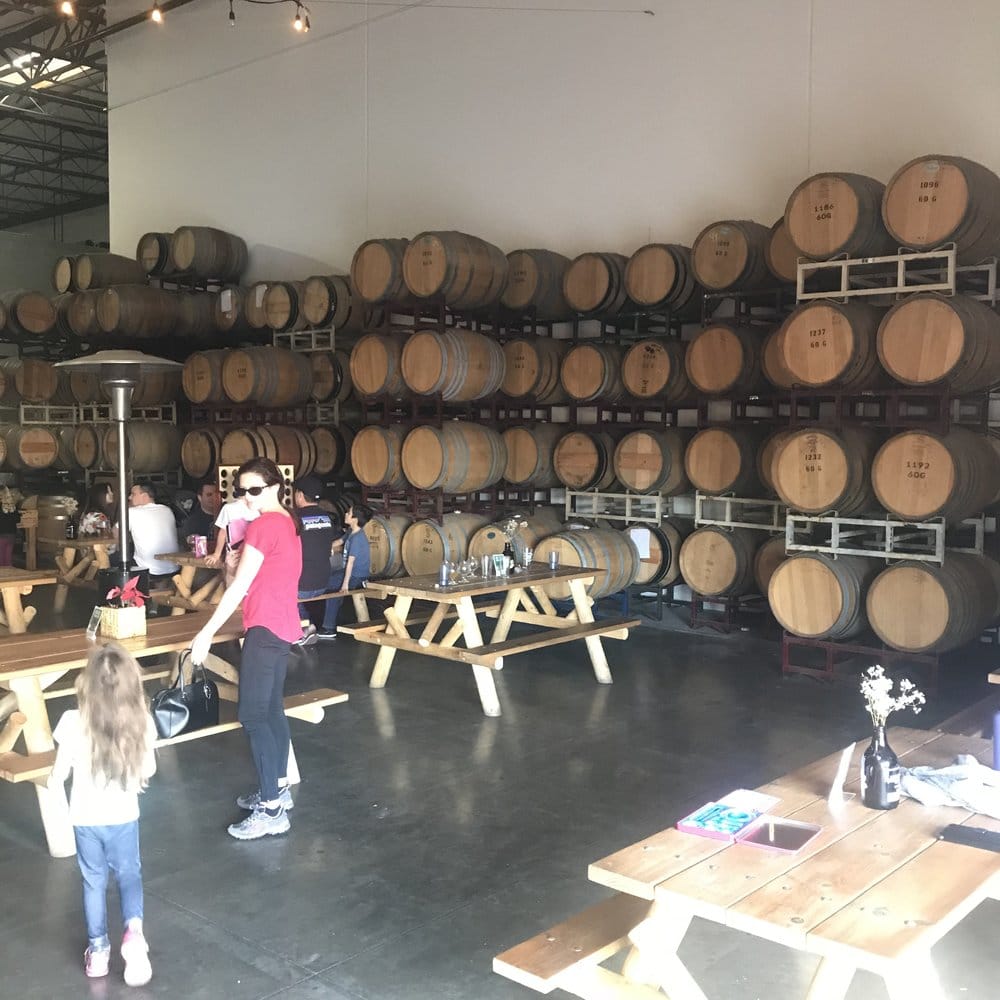 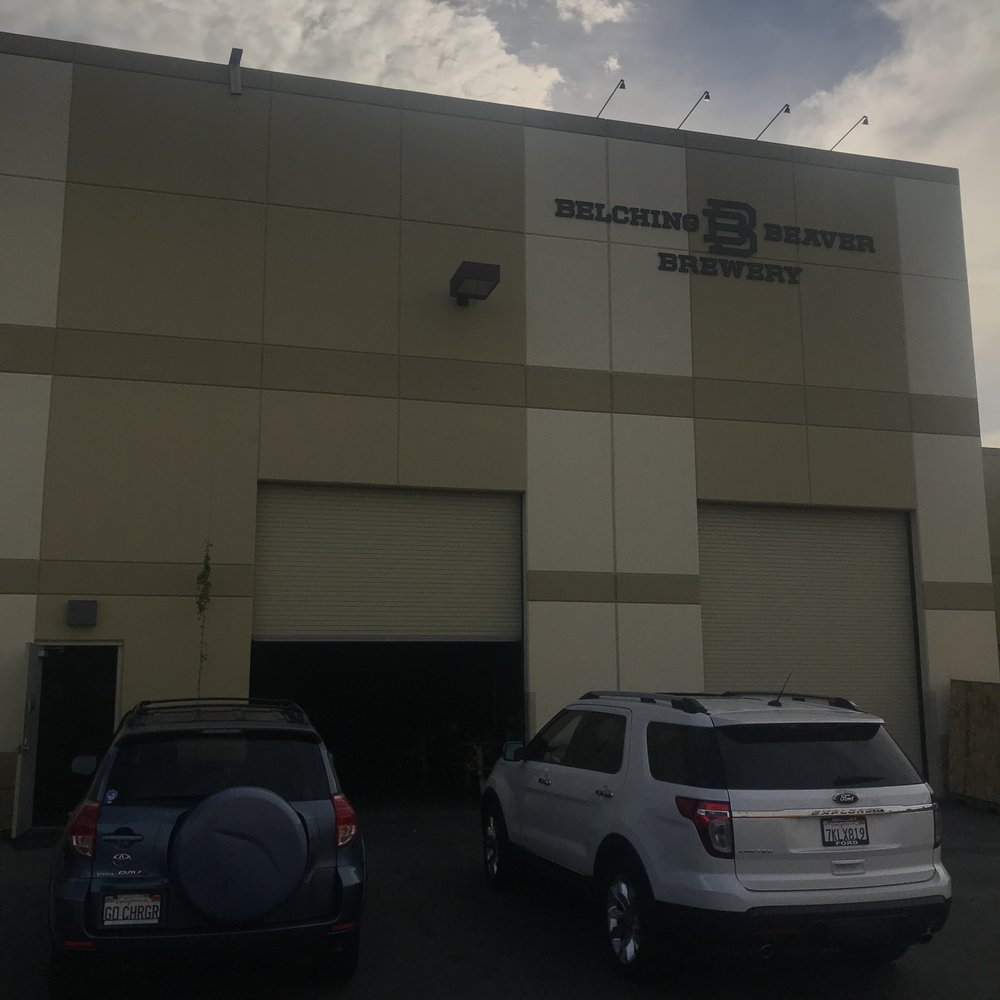 Since I’ve had a lot of Belching Beaver beer in my time, on this occasion I was just looking for a pint. To my surprise and pleasure, they had on a fresh keg of Thizz is What it Is, a Citra Double IPA that was the 2017 winner of the Alpha King Challenge, a competition that runs alongside the Great American Beer Festival and which some consider to be the most prestigious award in brewing.  This is head brewer Thomas Peter’s third Alpha King medal, including a bronze in 2015 and another gold in 2014.

Thizz is What It Is (Double IPA, 9% ABV). Very nice. Floral, juicy, with background piney-ness and a lingering but not-too-intense bitterness. As required of Alpha King beers, it is intense but very drinkable. My only hesitation is that it costs $9/pint.  4/5

As I was looking back over my previous visits to the various Belching Beaver locations, I realized that I’ve rate Belching Beaver beers thirteen times now. And I was impressed to see that I have very consistently rated them very highly. Only two of my thirteen check-ins were below 3.75/5.  Until I looked back at my data, I hadn’t realized that I liked Belching Beaver so much. The other thing I notice in the data is that I rate the Peanut Butter Stout differently every time I try it. I think there is or has been a lot of batch-to-batch variation in that beer; also, it is a style I am not always in the mood for.

Belching Beaver is already doing well and they seem to be on an upswing. Look to see their almost-universally popular Peanut Butter Stout in cans and kegs in even more places, and to see more of their lineup being distributed as well.