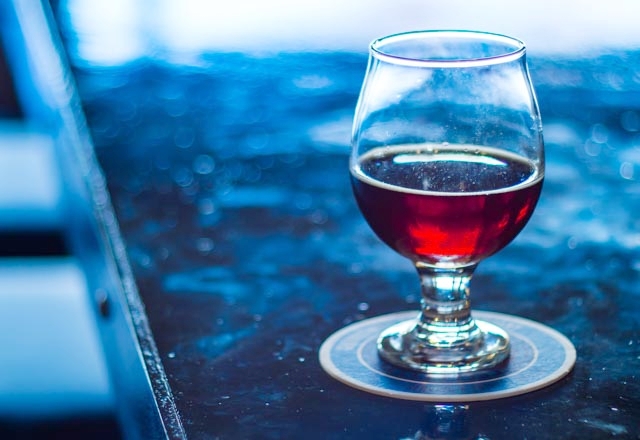 Groundswell has been on an aggressive expansion trajectory for more than a year now. From humble roots on a tiny brewing system in Grantville, they branched out to Santee, where they bought the much larger facility formerly owned by now-defunct Twisted Manzanita Brewing. After some growing pains on the new system, the beer was back to form. Now, they have opened a tasting room in Chula Vista, directly across the street from 3 Punk Ales and just down the block from Chula Vista Brewing–both of which are also very new. The neighborhood along 3rd Avenue has been undergoing a recent renaissance (#SouthBayRising is the hashtag), largely due to these craft beer tasting rooms and a couple of other craft-focused bars (Bar Sin Nombre and Third Avenue Alehouse, for example). The City of Chula Vista even put in an aggressive bid to win Amazon’s new headquarters.

Things are happening in South Bay, that’s for sure. I do wonder (as do many others) whether the South Bay beer drinking audience is really big enough to support all of these new craft beer businesses. From my conversations with locals in the area, they are excited about it, at least, and the concentration of venues seems to be drawing beer tourists. It is almost a mini-North Park (okay, not really, not yet anyway).

Groundswell’s Grantville tasting room is smallish but very comfortable and it has a fun vibe. I didn’t get the same good feeling when I went to the Santee location. The Chula Vista tasting room is excellent. Clean lines, modern design, nice dark woods, plenty of seating at the bar, at tables and out back on the patio. Some old video games add a fun element. The big window that opens to the street makes this location fit in with the other tasting rooms nearby which all have the same feature.

Service was excellent, as I had also experienced at the Grantville location. The vibe was friendly and fun, and I enjoyed chatting with the other patrons.

The beer I had on this visit was good to very good–overall even a bit better than what I had on my visits to either of the other locations.

Pull My Porter is a very solid and tasty American-style porter. It is not quite as good as, say, Second Chance’s (two-time GABF gold medal winner) Tabula Rasa–but then again, what is? Both on my first taste of Pull My Porter in October 2016 and on this occasion, I rated it 3.75/5. Likewise for Oathkeeper, a Russian Imperial Stout that I rated 3.75/5 fourteen months ago and again this time. I tried it this time on draft and from a can. The only noticeable difference was that the can was a tad under-carbonated. Oathbreaker is a whiskey barrel aged version of the RIS; it is better in some respects than the base beer and less good in others, so my overall rating was still 3.75/5, though it was very nearly a 4.