Duck Foot East Village is a great spot. The clean, modern design inside and out is comfortable and beautiful. There is plenty of seating, divided between two rooms–one where the bar is located, the other next to the kitchen. I love the duck art on the walls in the style of postmodernist posters, which is similar to the can art on the beers available to go.

There is a nice patio out front. The location is conveniently right next to the Park & Market trolley stop. That’s probably your best bet for getting to the area since parking is pretty tough to find or pretty expensive, as it is anywhere downtown. Plus, East Village is becoming a serious hub for San Diego craft beer, so you probably shouldn’t drive home anyway!

Amplified Ale Works Kitchen and Beer Garden is just two blocks away. In the other direction, it is three blocks to Half Door Brewing. From there it is one block north to Knotty Brewing or two blocks south to the Stone Brewing Tap Room next to the ballpark. Mission Brewery is less than half a mile from Duck Foot–and if you don’t mind drinking fake craft, there’s 10 Barrel Brewing, too. Whatever is going to occupy the old Monkey Paw location will be two blocks from 10 Barrel. Soon, Little Miss Brewery will open their third location directly across the street from Duck Foot, and Melvin Brewing will open two blocks from Duck Foot. (My best info on those projects suggests an early-to-mid 2019 opening for both.) That’s ten breweries and tasting rooms in a half mile radius (seven currently open)! The most efficient route that hits all of them is just 1.6 miles. If you are going to do a beer tour in this area, don’t forget about the excellent Resident Brewing which is just outside the official boundaries of East Village.

Duck Foot East Village was pouring twelve beers when I visited, including their 2018 GABF silver medalist for barrel aged beer, Red Rum (a red ale aged in local craft rum barrels from Cutwater Spirits). All of Duck Foot’s beers are gluten reduced, and their food menu is gluten free–great news for those with gluten sensitivities of various kinds. I sampled four of the beers on offer. 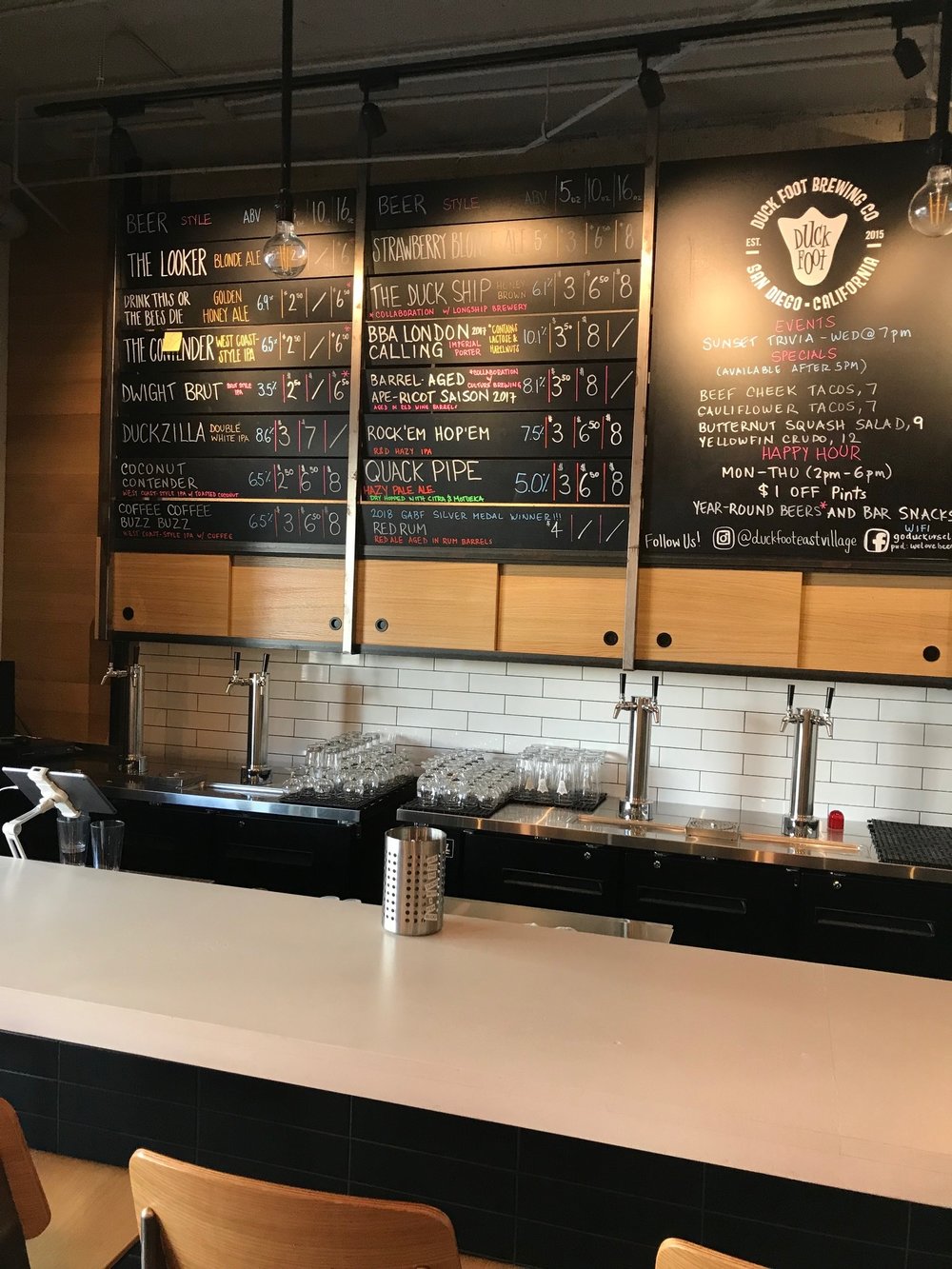 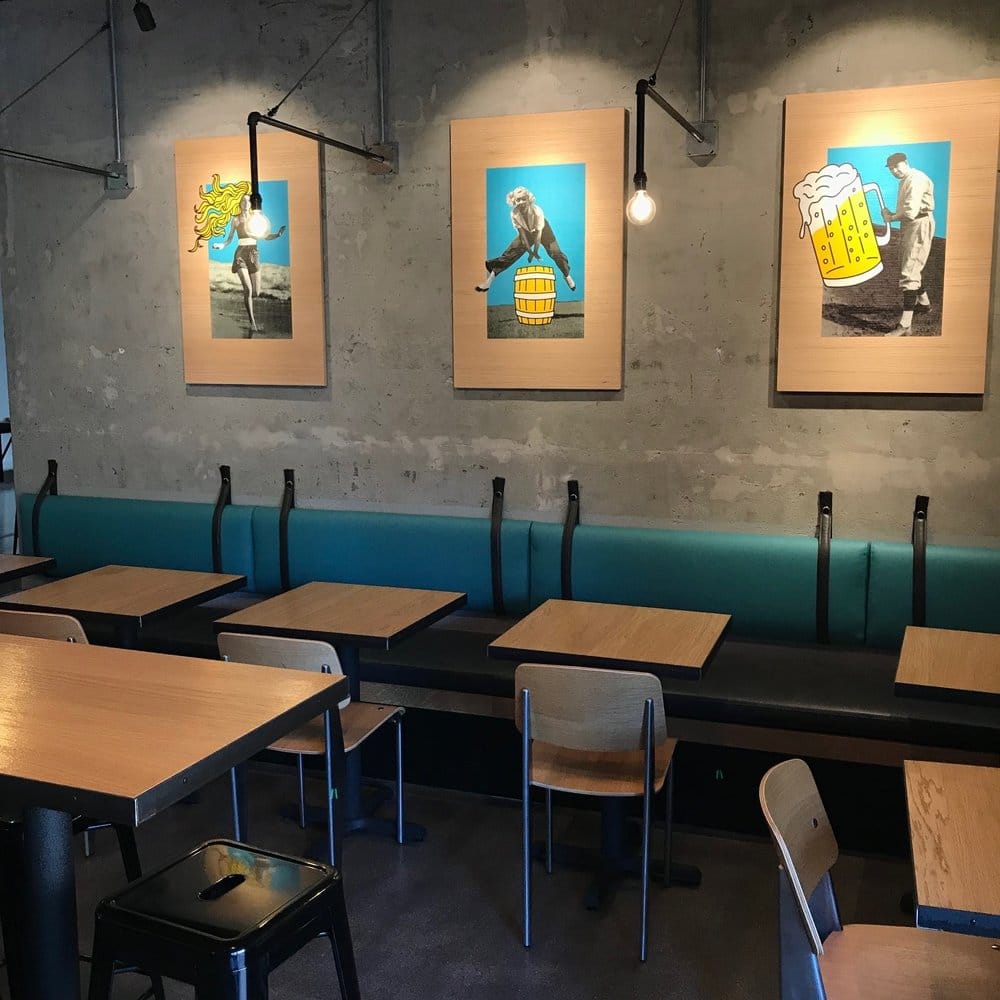 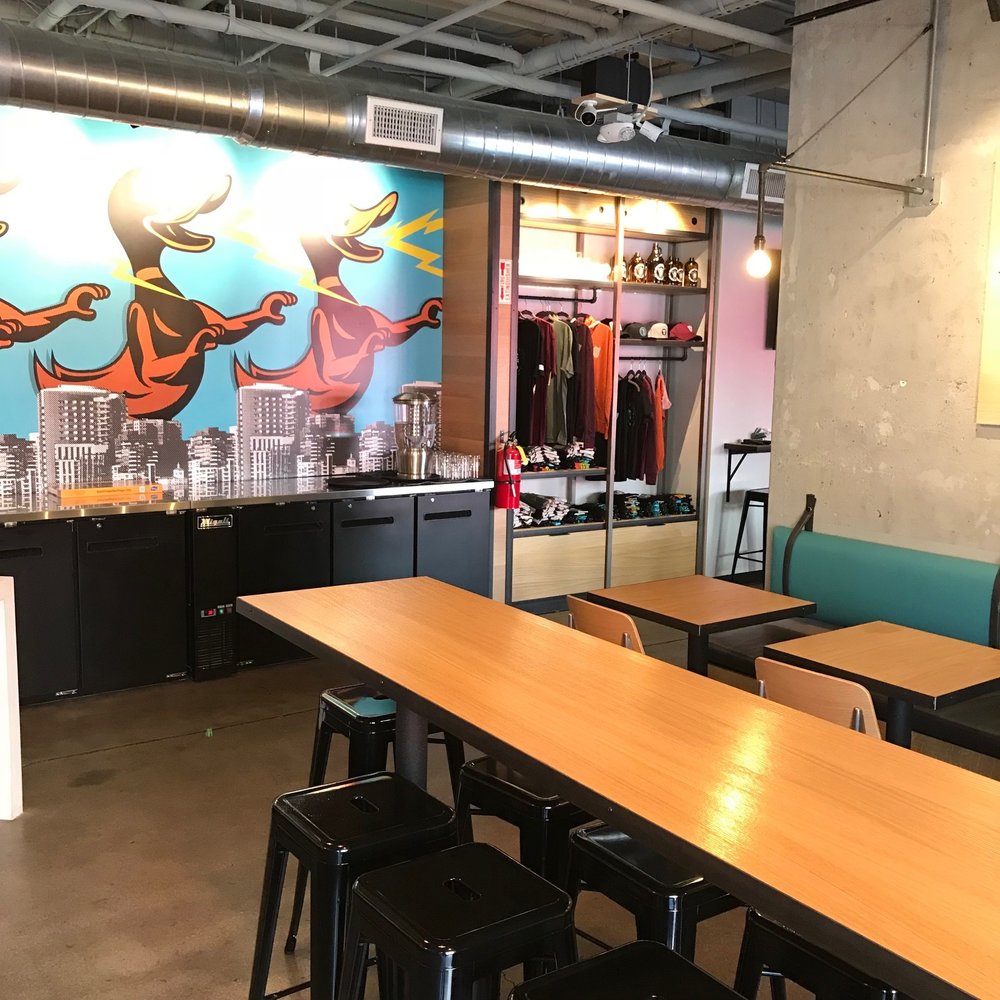 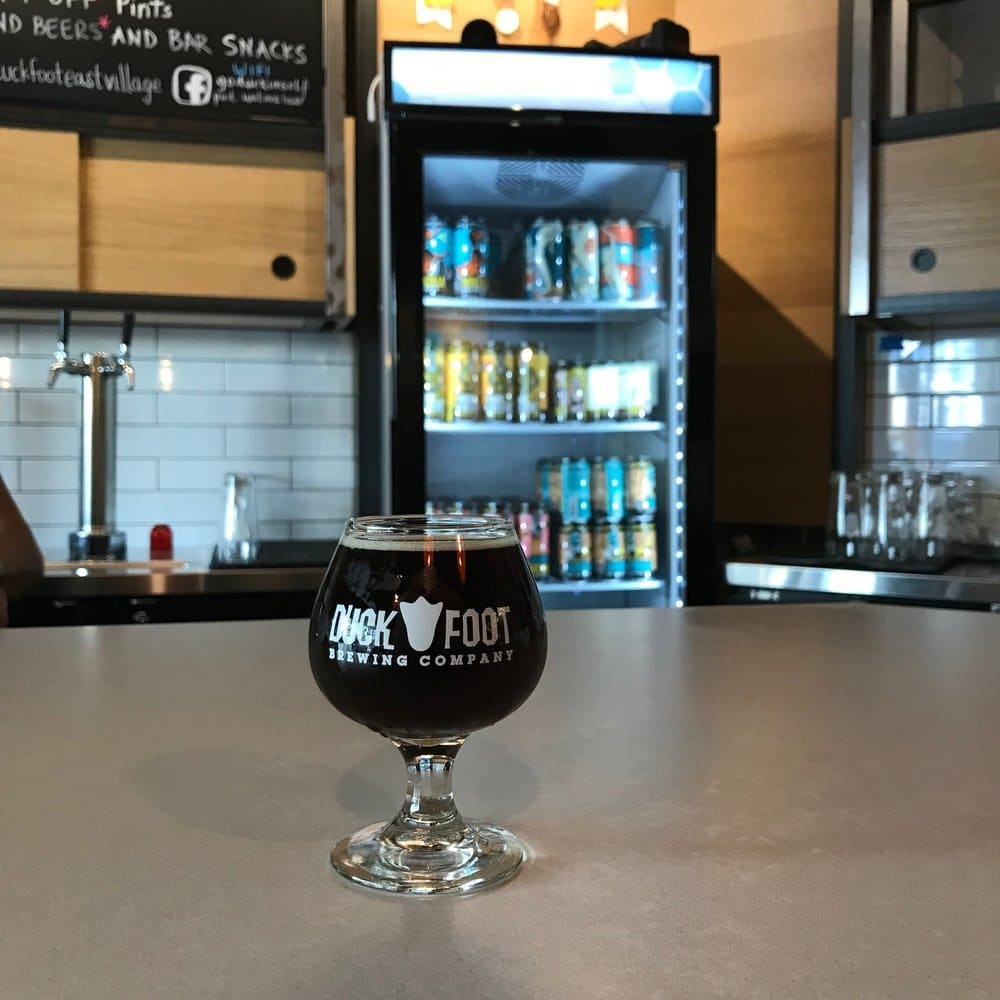 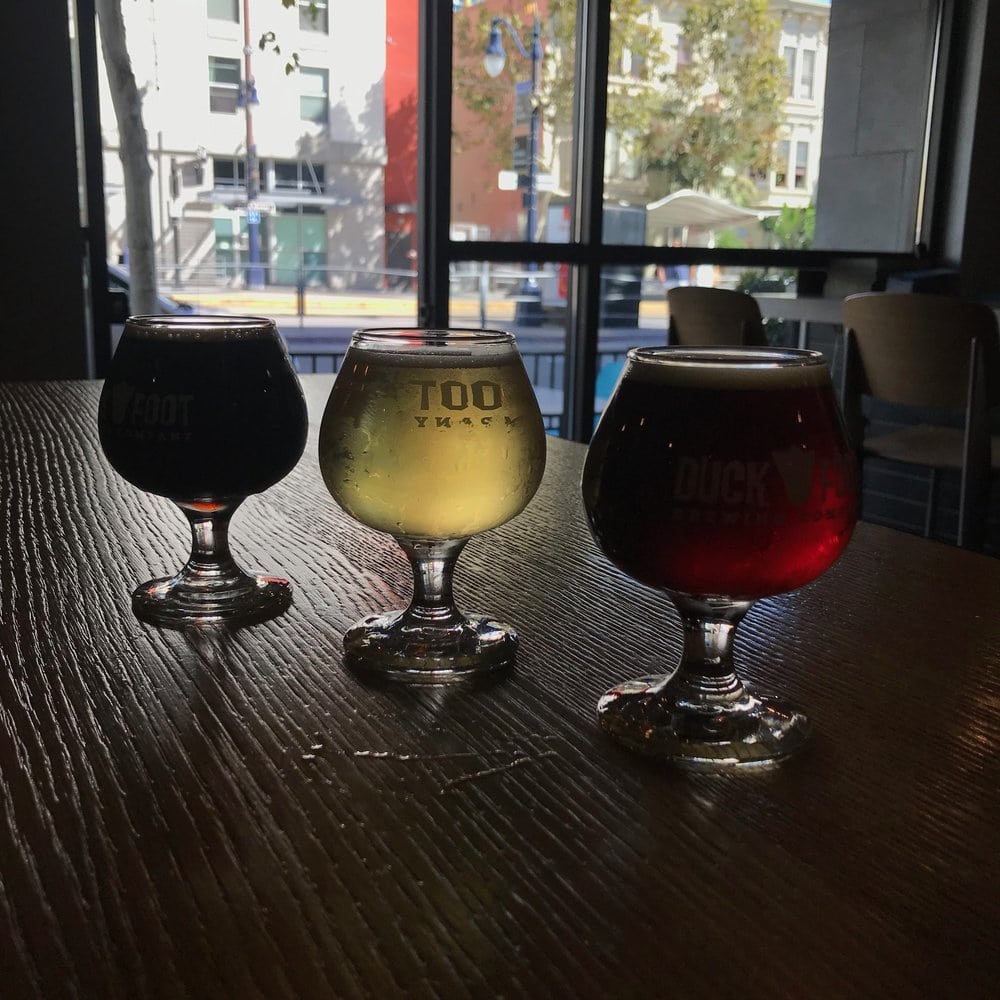 Dwight Brut is a light, bright, clean and thin brut IPA–dry and nicely hopped, it is very refreshing. I was impressed, too, with its brilliance and clarity. 3.5/5

The Duck Ship, listed as a honey brown ale, is a collaboration with Longship Brewing. It is made with Belgian yeast, which was a surprise to me given the description on the board–it reminded me of a saison more than a brown because of the yeast. It is sweet, fruity and spicy. Not what I was expecting but interesting and pretty good. 3.5/5

BBA London Calling (2017) is the barrel-aged version of Duck Foot’s excellent imperial porter. It is good, but the regular porter might be better. The alcohol heat and sweet raisin flavors are a little too powerful for my preference. The hazelnut was undetectable to me in this version. 3.75/5

Red Rum, the rum barrel aged red ale, was good though I was expecting better given the GABF medal. The base red ale is good, and the barrel aging adds a lot of complexity. There’s a glow of alcohol heat, a fig/raisin/molasses flavor profile on top of the roast malts, plus a little rum flavor. The deep red color is pretty, and there is a thin beige head. 3.75/5

Drink this or the Bees Die is a beer I had tried before. It is very good, probably my favorite of the day. It is sweet but balanced, and beautifully floral in aroma and taste. 3.75/5

I enjoyed meeting Suzy, one of the owners.

As I mentioned in my recent review of Amplified E Vil, the homelessness problem in East Village is severe. It will certainly be a drag on business since some potential customers will stay away because of it. The city and the local business community needs to act as quickly as possible to help the least fortunate among us. It is nearly obscene to see expensive high rise condos going up right where people are living on the street. As a society, we can and should do better.