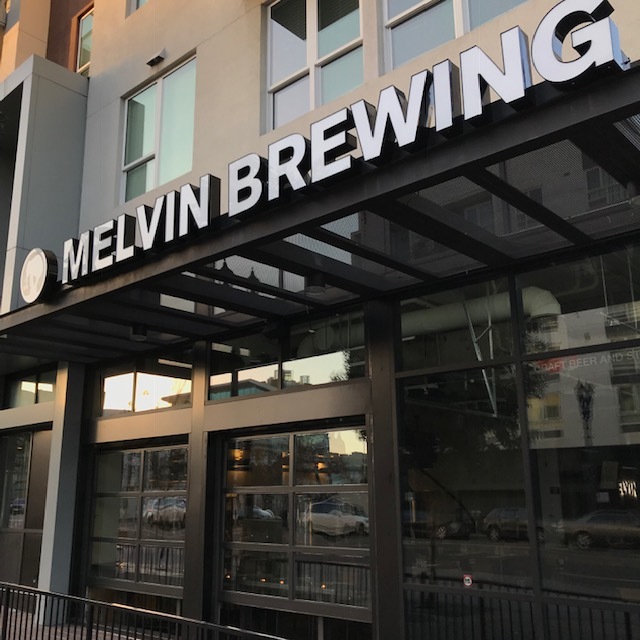 Melvin’s large, elegant tasting room is excellent, and so is the beer.

Melvin Brewing impressed me. After 210 other brewery and tasting room reviews, that means something.

The East Village location is a spacious, hip, comfortable and beautifully done tasting room. There is a wrap-around patio. The bar is large and elegant. There is a variety of seating areas. The brewhouse looks great tucked off to the side off the front room with floor to ceiling windows on two sides. The food looks good. The beer is excellent. The staff were all top notch — friendly, helpful, and they made a point to ensure everyone was well taken care of.

Melvin is the second newest of the eight (soon to be nine, then ten) breweries and tasting rooms in East Village. (I’ll post an East Village neighborhood beer crawl next week — stay tuned.)

The company Melvin Brewing was originally founded in the back of a Thai restaurant in 2009 in Jackson, Wyoming. In 2015 they won the Great American Beer Festival Small Brewpub of the Year, and then opened a larger production facility in Alpine, WY. In 2017 they won the GABF Brewing Group of the Year award.

So, although they are “outsiders” invading the San Diego craft beer scene, they certainly have cred. And they are brewing here, now, too, which makes them a San Diego craft brewery. The beers they serve are a mixture of ones made here and ones made in Wyoming.

I was prepared to dislike Melvin, because of bad press they’ve received this year about a toxic “bro culture” and a pattern of inappropriate behavior. (Beth Demmon’s coverage in SD CIty Beat was great.) San Diego won’t stand for that sort of thing, so we’ll hear if they cross any more lines and I wouldn’t be surprised to hear of boycotts if anything similar happens again in the future. It is important to be upfront about these sorts of issues both so that consumers can make informed choices about where to spend their beer money, and because for too long silence has been implicit approval of bad behavior. 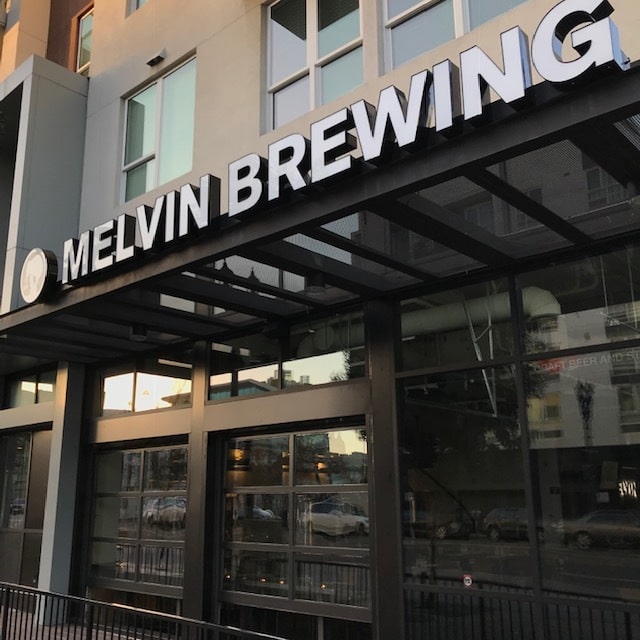 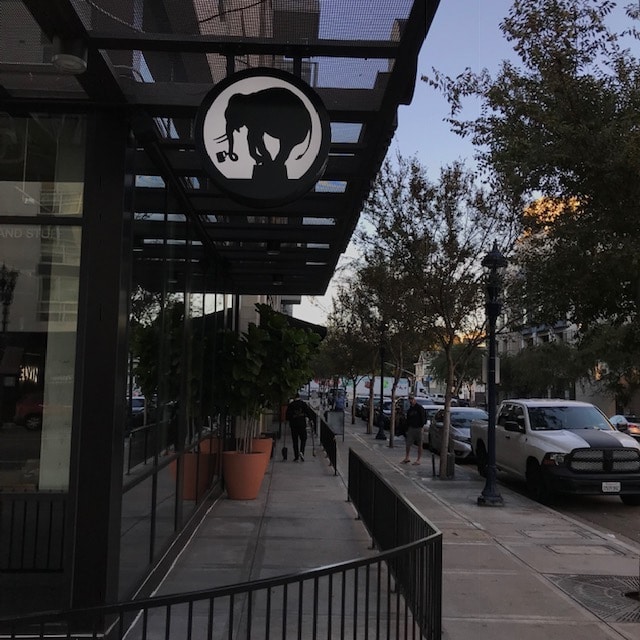 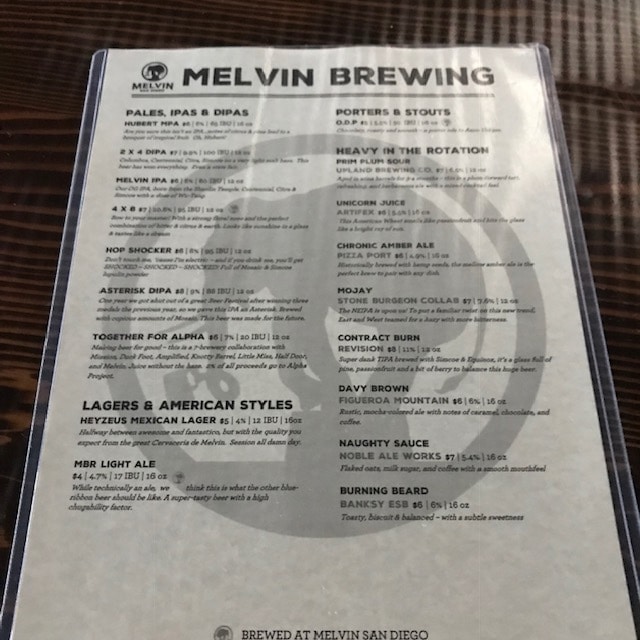 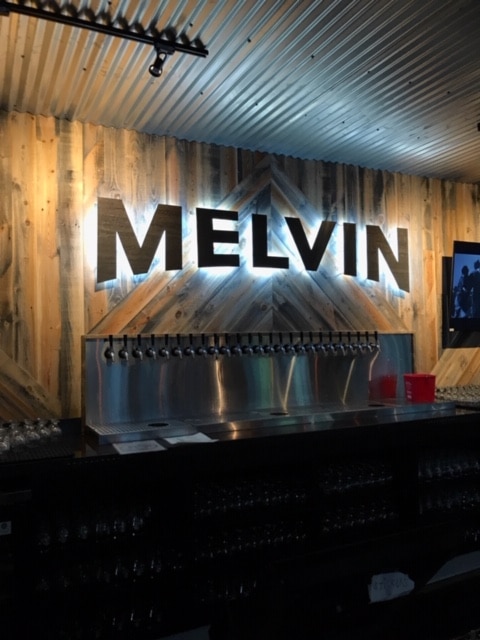 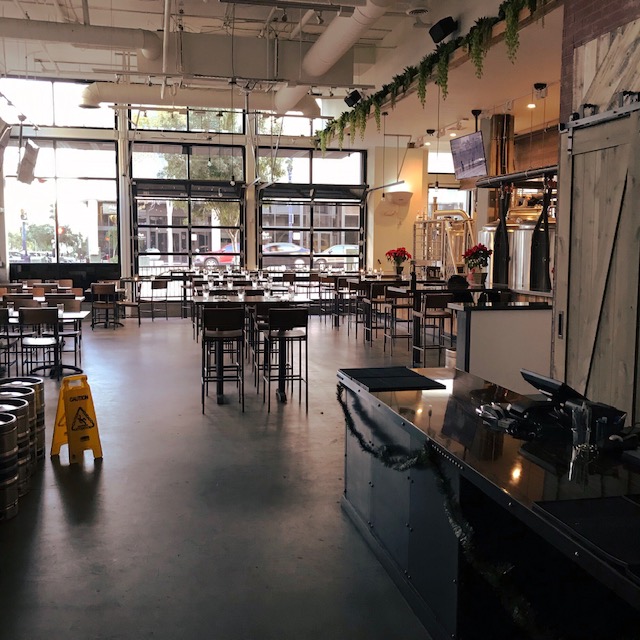 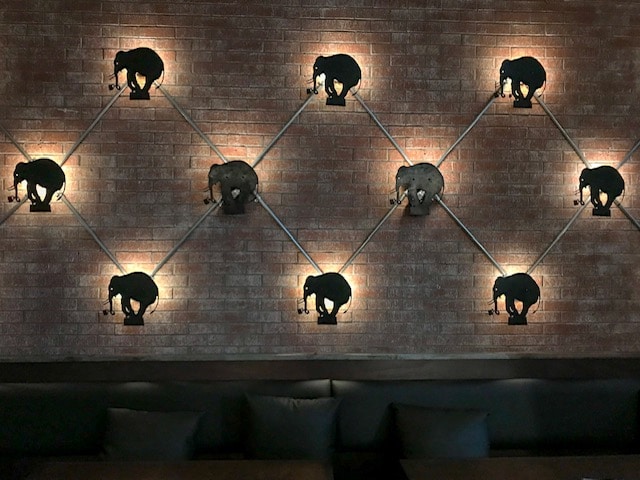 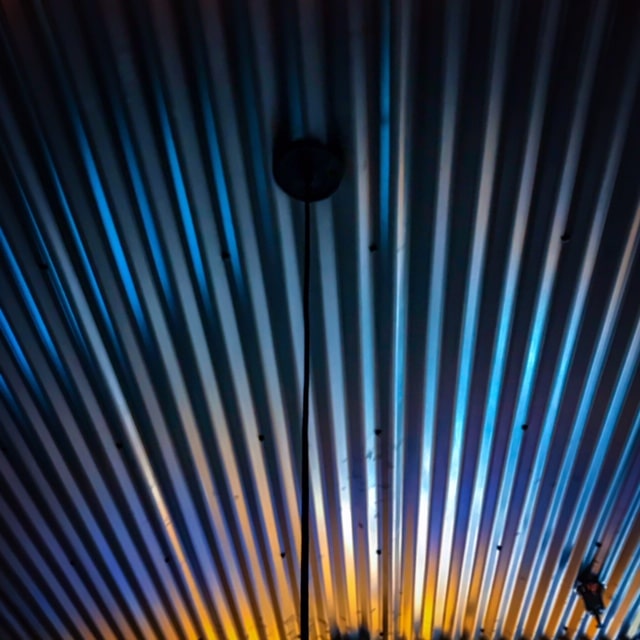 In a nod to their Thai restaurant roots, they serve Asian-inspired food and play old kung-fu movies on TVs in all their venues.

The beer was great. All clean, well-made, no flaws, recipes that make sense.

4×8 (Triple IPA, 10.6% ABV). 2×4 is one of Melvin’s core award-winning DIPAs; this is a locally brewed version that takes it up a notch further. It is excellent of its kind. The prominent aromas and flavors are dank and piney, with a sweet tropical background. Dank/piney is not my favorite hop combo, so I rate it a lower than many. On Untappd, it averages a very high 4.21/5. I rate it 3.75/5.

O.D.P. (Porter, 5.5% ABV). I really liked this one. Smooth and balanced with a roasty character accented by hints of chocolatey malts. This one is brewed in SD. 4/5

I look forward to returning to Melvin. It is a fun place with good beer, and I can see it becoming very popular with locals and tourists alike.