How Many Breweries in San Diego? Summer 2020 Edition 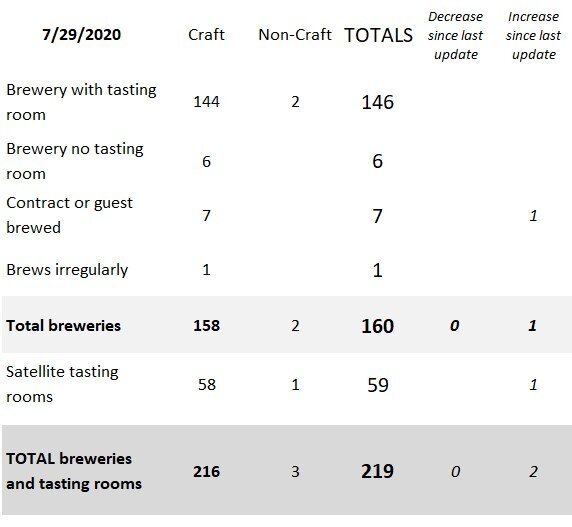 How many breweries in San Diego?

Since the previous update

In news that brought joy to many a beer lover, Pat and Shawn Mcilhenney have founded Mcilhenney Brewing and have once again taken possession of the location that was their Alpine Brewing spot that was sold to Green Flash. Green Flash vacated at the end of June and the father and son team are in the process of getting the “new” brewery up and running. Fall opening?

Mujeres Brew Club has taken over the brewery and tasting room that was formerly home to Alta Brewing, as a location to promote their goals of getting more women involved in the making and enjoyment of craft beer. Planning for a fall opening.

Hillcrest Brewing has decided to just be a restaurant. Their brewing equipment is for sale.

Rouleur Brewing made new arrangements with landlords Fenton Properties. They have acquired the space next door (formerly Papa Marce’s) to expand both tasting room and brewery, and they have modified the arrangements so that they will purchase the equipment outright and pay a simple lease instead of the Brewery Igniter premium. With so many Brewery Igniter spaces empty, I had wondered if Fenton would abandon the model.

Athletic Brewing, maker of non-alcoholic beer, opened a brewery in Miramar, next to Ballast Point. I didn’t include them on the list since they are non-alc, but it seems to be a sizeable “brewing” venture.

I am very interested to note that so far this year, and even just in the Covid period, more breweries and tasting rooms have opened than have closed in San Diego County. This could hide a pending wave of closures as breweries that are trying to hang on now just don’t make it later. But national data published in July 2020 shows that craft was growing at a 3-4% annual rate before Covid, and is now on pace for about a 10% decline. All things considered, that doesn’t seem so bad to me. With the various kinds of financial assistance that have been offered, more breweries might weather this storm than I had first thought. I certainly hope so.

I am aware of 23 breweries and 17 tasting rooms that have been announced as in planning. It is very hard to evaluate the chances that those projects will come to fruition, let alone when, under the current circumstances.

See you at the bar, whenever that might be possible again!