Thorn Brewing knows how to do tasting rooms. And their latest one, in Mission Hills, is the best of the their three locations.

Located just off the corner on a side street, the Mission Hills tasting room is a large, airy space on the ground floor of an office complex that looks more like a house. It is informally divided into four spaces, each with their own charms. There’s a back area with a couch, a tabletop video game mounted in a barrel, and a pinball table; the large U-shaped bar; a seating area with tables and booths; and the partly-covered patio. With windows and doors on two sides, east and south, and with a neighboring building providing partial shade on the south side, there is plenty of light and air but little risk of sunburn.

The vibe is relaxed and friendly. Even in the middle of the day in the middle of their first week of business, the location was busy. The local business community seems to have embraced them already. Proximity to North Park will also increase traffic here. 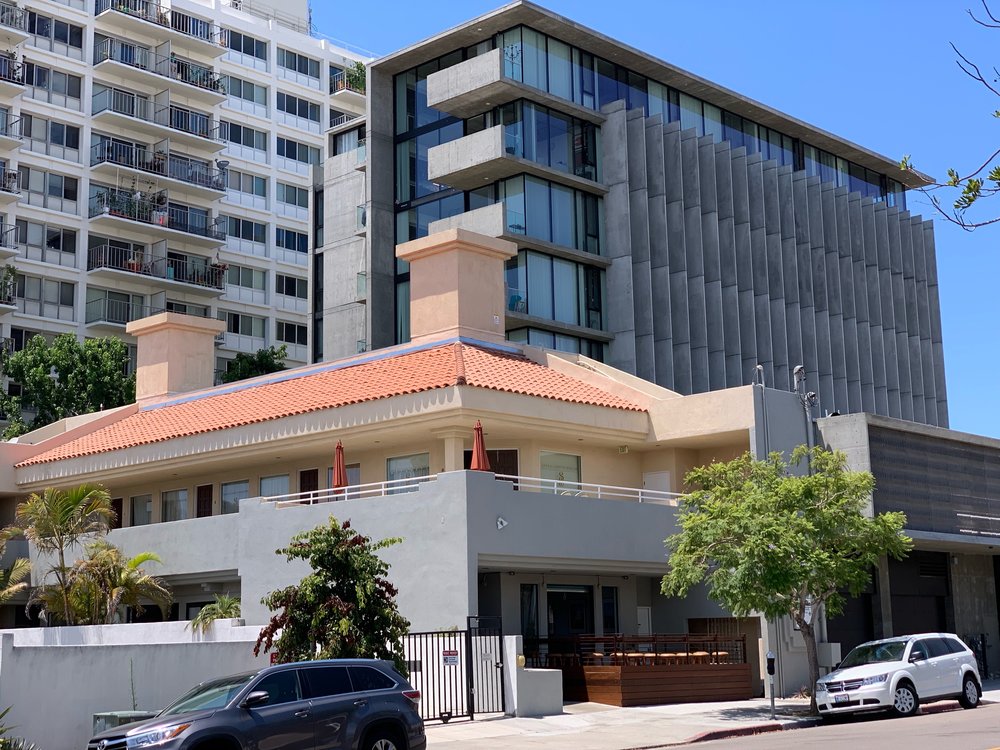 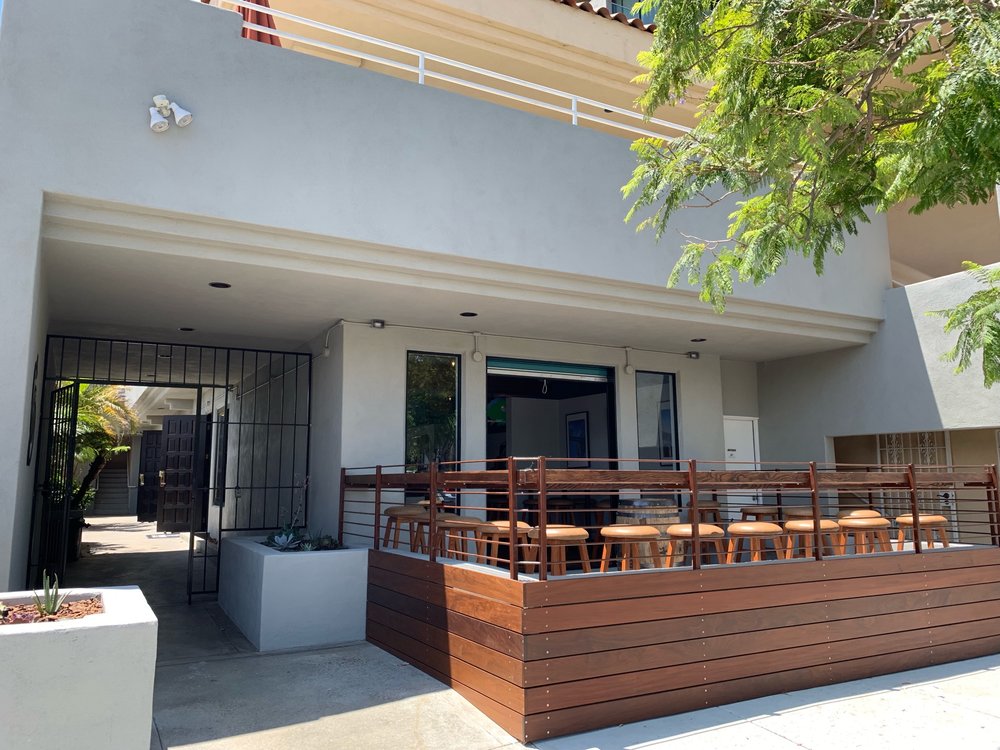 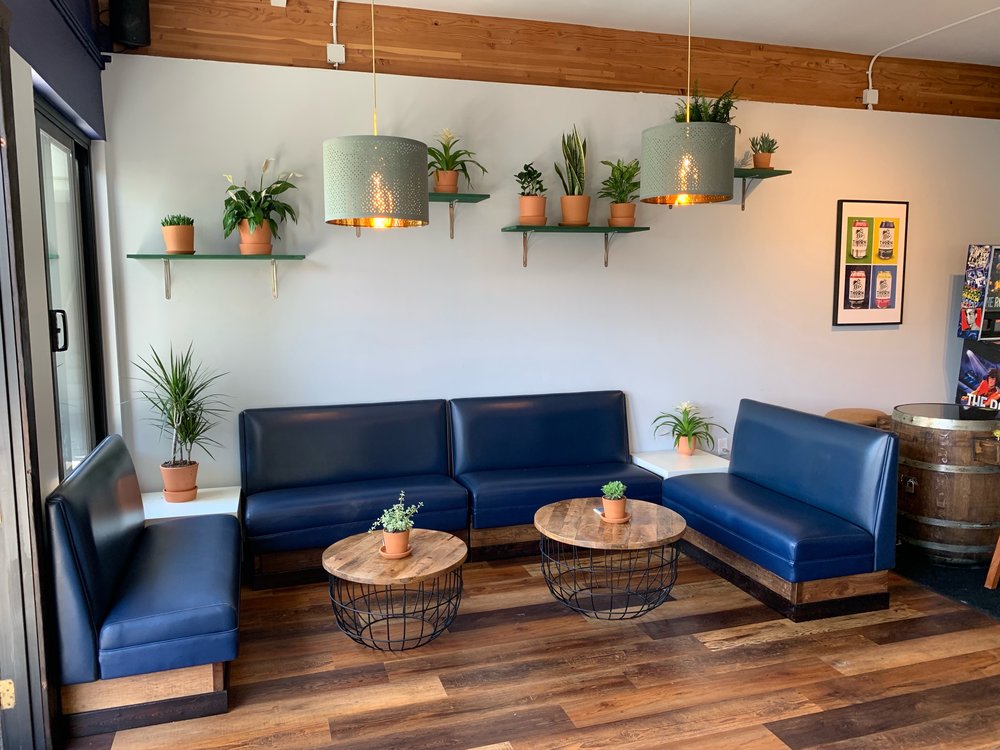 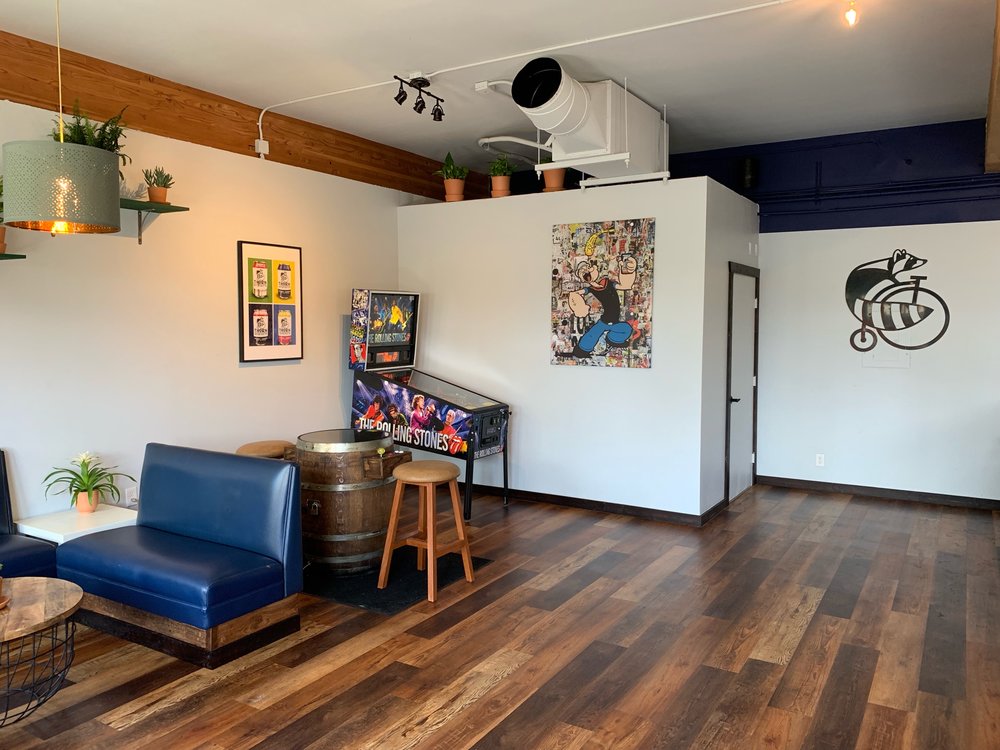 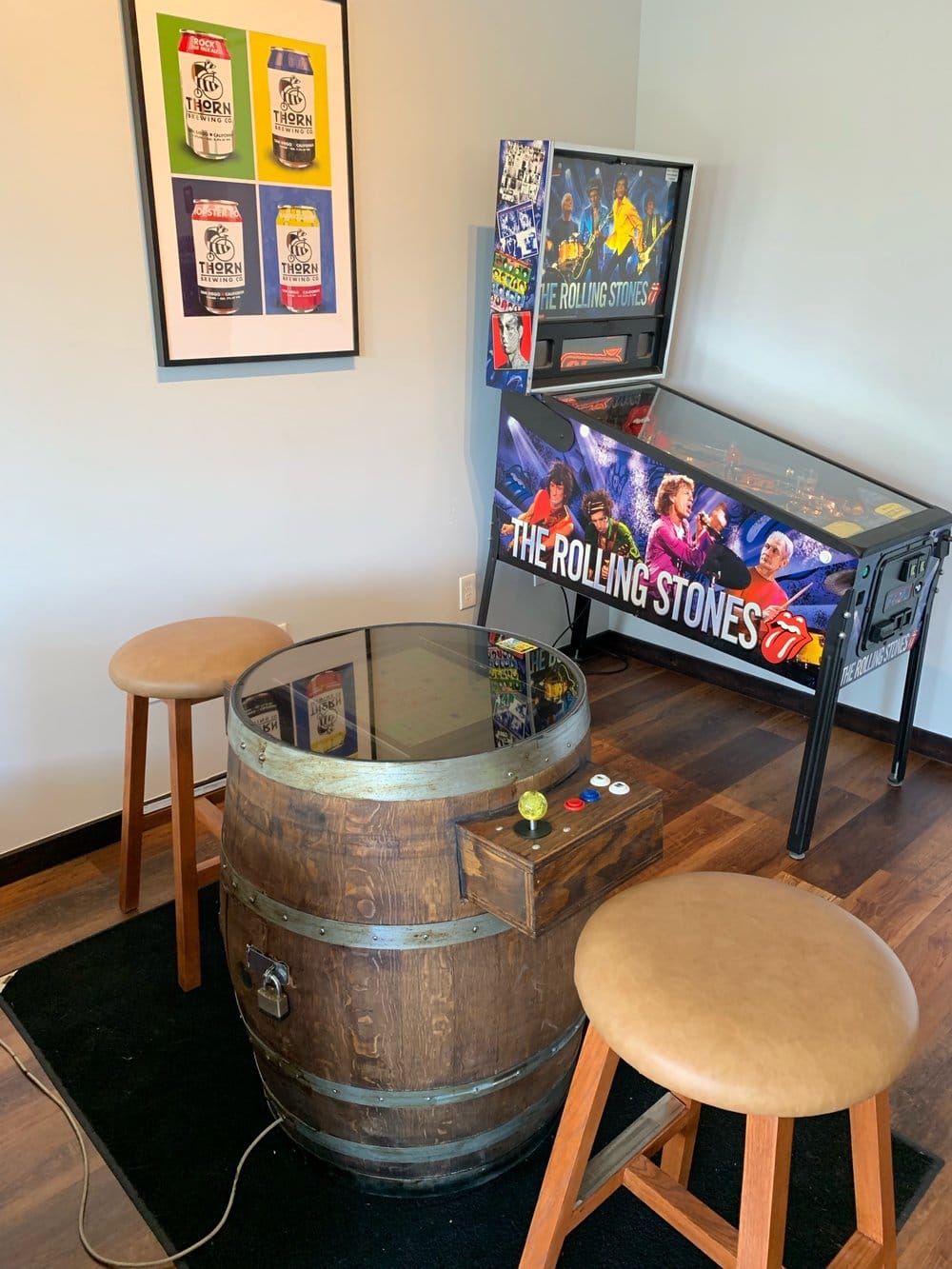 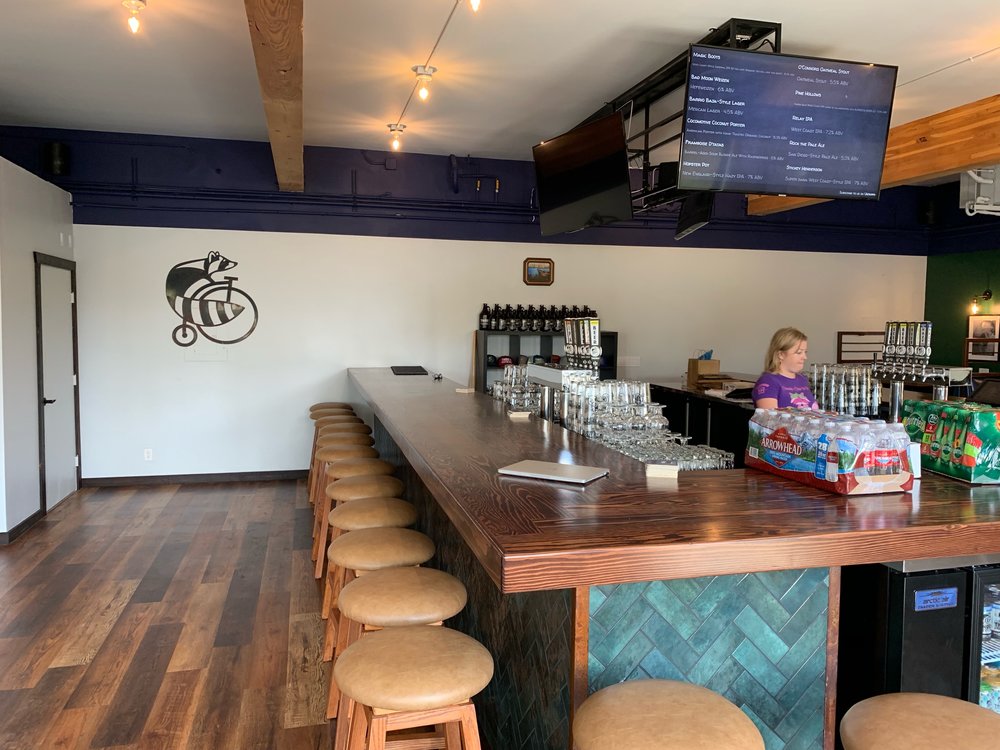 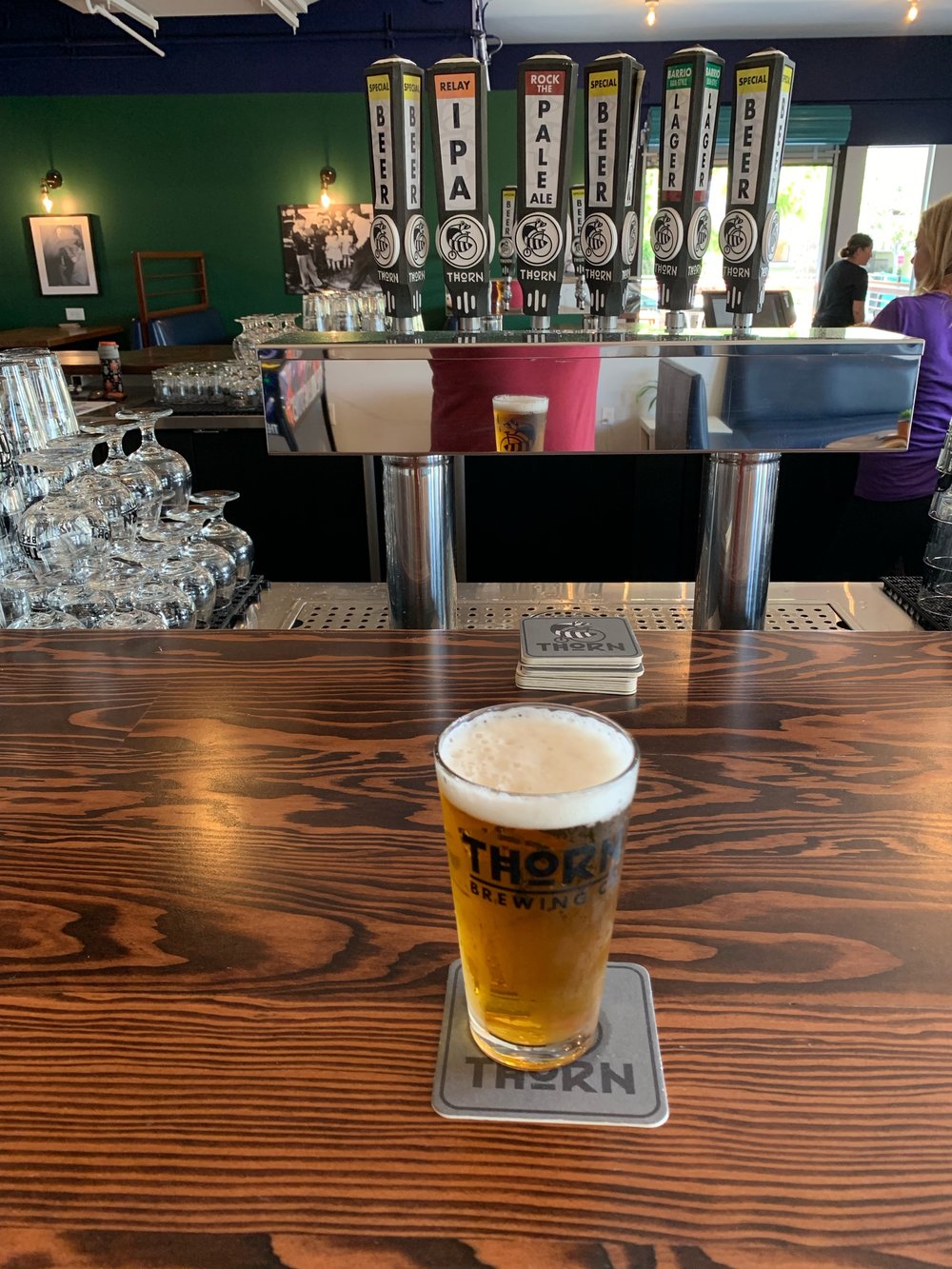 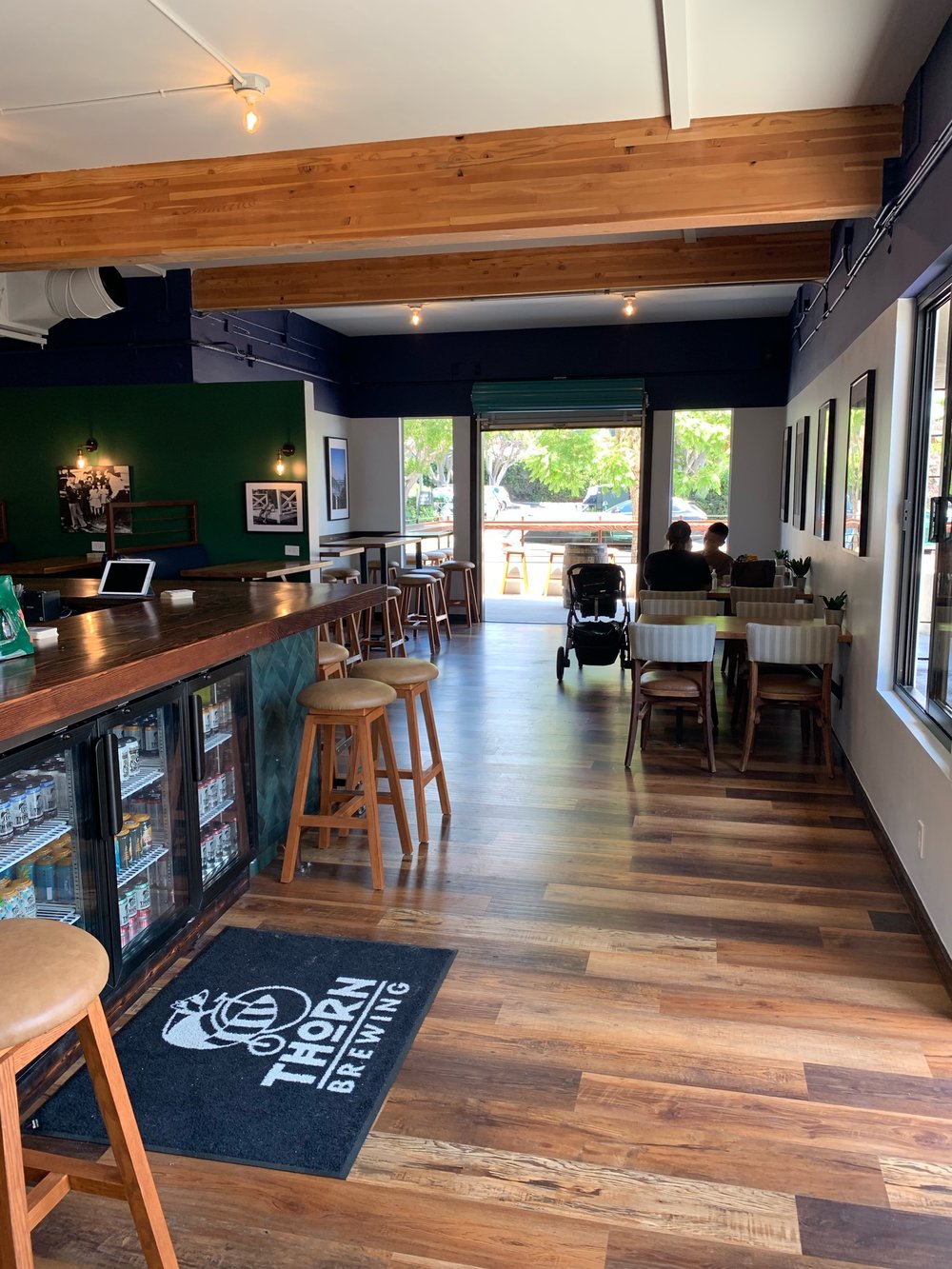 The only difficult bit is parking. There is metered street parking, but not much. Lyft is probably your best bet anyway.

Thorn has built up a significant following and has a lot of popular beers. At this location they have twelve taps. Due to a much-busier-than-anticipated opening weekend, when I was there a couple of kegs had kicked and had no backups. That’s a nice problem for a brewery to have, and I’m sure they will figure out supply chain quickly.

The beer menu was a bit unbalanced because of this, however, and I had a hard time finding a beer I really wanted, in part because a lot of the offerings on the board were quite high ABV (7.5-10%), which is not what I was in the mood for. I ended up ordering a pale ale and an oatmeal stout. I liked them both, but the stout was better.  I’m all for SD Pale Ales that are hopped to the hilt, but this one would have been better with the bitterness dialed back a touch; it seemed out of balance, and I found there to be a strange disconnect between the front and back of the swallow–there was an empty gap in time between the end of the flavor and the start of a slightly unpleasant bitter aftertaste. I don’t think I’ve noticed that in a beer before.

But don’t let this one slight issue dissuade you. Thorn makes a lot of different kinds of beer, and they are normally good to very good. I’m especially a fan of their British-style ales (they even have a mild, though it wasn’t available on the day I visited) and of their Relay IPA.

The original North Park location, Thorn Street Brewing, is still great, and the Thorn Brewing production facility and tasting room in Barrio Logan is popular, too.