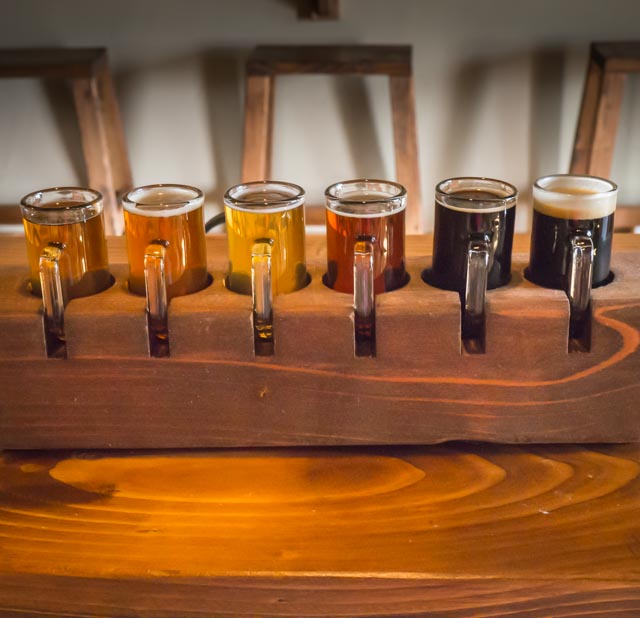 Successful homebrewers opened this Civil War-themed brewery on Ramona’s Main Street just last year. It is a comfortable spot with a small town feel. The beer is not bad at all and I predict it will eventually be quite good. #craftbeer #SanDiego #Ramona

I’m nearing the end of my quest. I’ve got four breweries to write up, and then four more to visit, and then I will be finished! Well, until the next place opens up, at least.

I’ll write reflection on my quest soon after getting to the end. Doing the last twenty or so places has sometimes felt like a slog. For one thing, all the breweries I had left at the end were distant from my house, mostly in north county, which entailed a lot of driving. To compound that, in addition to being far away these last places have tended to have limited opening hours, which meant two things for me: It was hard to schedule days to get to them, and it usually meant having to drive those long distances when traffic was worst. And, unfortunately, the beer quality has seemed to be lower than average in this last group. Honestly, it has been a little frustrating. I think I can safely generalize and say that if a place has limited opening hours it is at least partly due to the fact that their beer isn’t very good.

We were finally able to find a free Saturday to drive out to Ramona, where we visited Smoking Cannon and ChuckAlek Independent Brewing, and to Julian, where we visited Nickel Brewing Company. (Thanks for driving, Sarah!) It is an easy enough drive, and parts of it are quite pretty.

We arrived at Smoking Cannon just as they were opening up, so we were the first customers. The brewer was on the bar, and while he is a naturally quiet sort of fellow, he was willing to talk a bit about the beers and the theme of the place. He is a Civil War enthusiast who used to make working model cannons, so there are Civil War photos and books all around the place, and a few of his small cannons, too. The environment is comfortable and interesting, and there is a lot of seating at a long high table down the middle of the room and at counters on the sides of the rooms.

There were nine beers on the board, and I got a flight of six. I haven’t seen taster glasses like these before. I’m not sure they are any better than the typical ones, but they are at least unique.

Smoked Peanut Butter (Pale Ale, 4.7% ABV). I have had smoked and peanut butter beers before, but never together and never in a pale ale. It does not quite work for me. It might be better with a different yeast.  3/5

Griffen ESB (Extra Special Bitter, 6.4% ABV). Lighter color and sharper taste than ESBs I know. A quick perusal of the style guidelines suggests this is an atypical example. 3.25/5

Gingerbread Porter (6.4% ABV). Rum-raisin/spice nose. Tastes like a ginger ale. Not nearly as dark as a typical porter. 3.5/5

Spencer (Porter, 7.4% ABV). A little too sweet and not quite deep enough malts. Pecan doesn’t quite come through. Other comments on Untappd suggest to me that this beer’s flavor profile has dramatically evolved as this batch has aged over three months.  3.25/5

A few other customers trickled in as we were finishing up, and we heard the brewer’s wife  (clearly the outgoing one in the family) chatting with other patrons. They were regularly winning homebrew prizes, so they decided to open a brewery. It strikes me that they haven’t quite outgrown their homebrew roots yet, but that over time the beer will become quite good here. One thing that may slow their evolution is the limited flow of customers in this small, isolated town. Do drop in if you are passing through Ramona.