If you want some beach with your beer, it is hard to beat the four tasting rooms in Encinitas, CA. #craftbeer #beercation #beertravel #beertour

It might seem odd to suggest that people do a craft beer tour in Encinitas, since there are no breweries in the city. But Encinitas is home to several satellite tasting rooms, all of which are excellent. Plus, the area is gorgeous and it is a great place to spend a few hours near the ocean. Restaurants and coffee shops in the area are also good.

In Encinitas proper, you’ll find the Modern Times Far West Lounge and a Culture Brewing tasting room on highway 101, The Coast Highway. I’ve just written about these two for Coast News here. Plus, there is the tasting room of the non-craft brewery (or fake craft, depending on your view) Saint Archer in the Encinitas neighborhood of Leucadia, just 1.5 miles north of Modern Times. Then, 2.2 miles south of Modern Times, you’ll find The Confessional, a tasting room for Lost Abbey and Port Brewing, in the Encinitas neighborhood of Cardiff-by-the-Sea. Finally, if you want to try an old standard that used to be a San Diego brewpub (now they don’t brew on-site and the beer is made just outside of San Diego county in San Clemente), there is also an Oggi’s to the east of the 5 on Encinitas Blvd.

Here are my individual reviews for these tasting rooms:

The Confessional by Lost Abbey

All of these tasting rooms share three key features: They are beautiful spaces, they have great big windows that open to the outside for sun and air, and they are just steps away from iconic beaches. Saint Archer is next to Beacon Beach. Modern Times is near Moonlight Beach. Culture is just north of famed surfing spot Swami’s Beach. And The Confessional is just across the street from San Elijo State Beach. 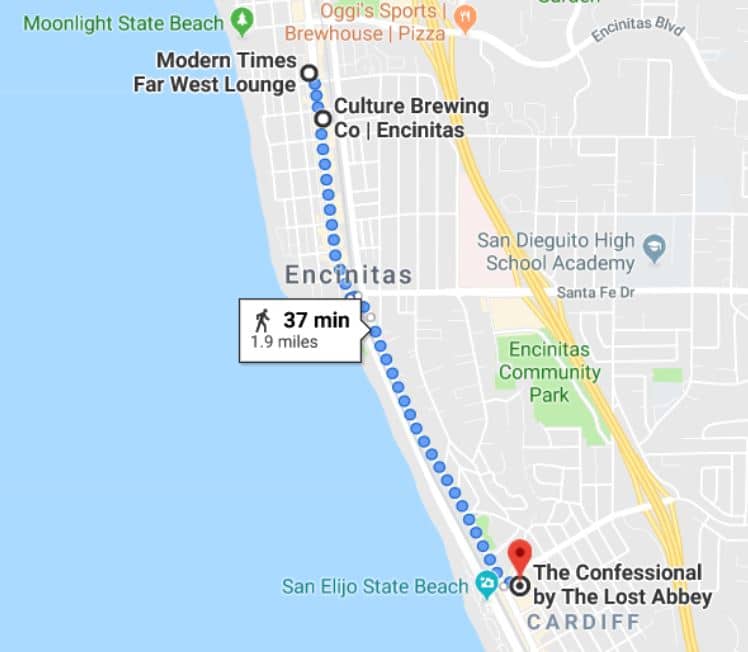 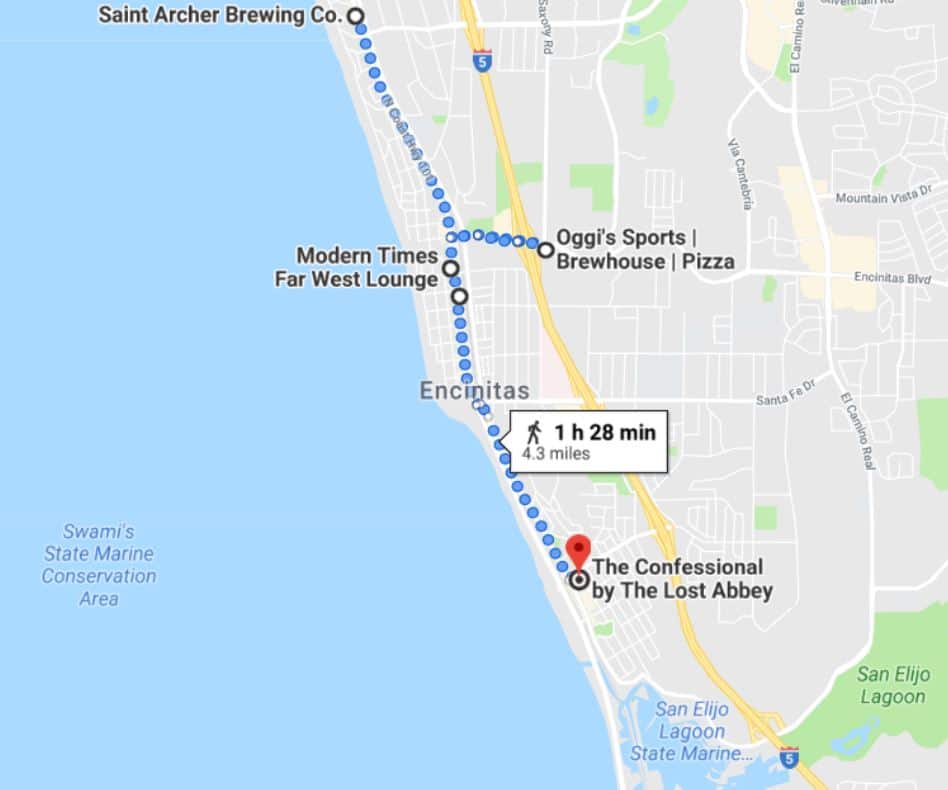 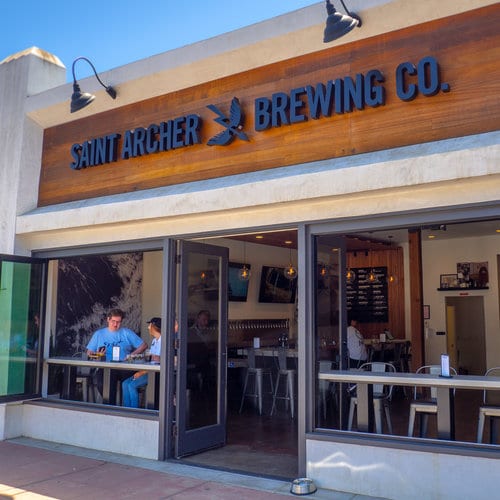 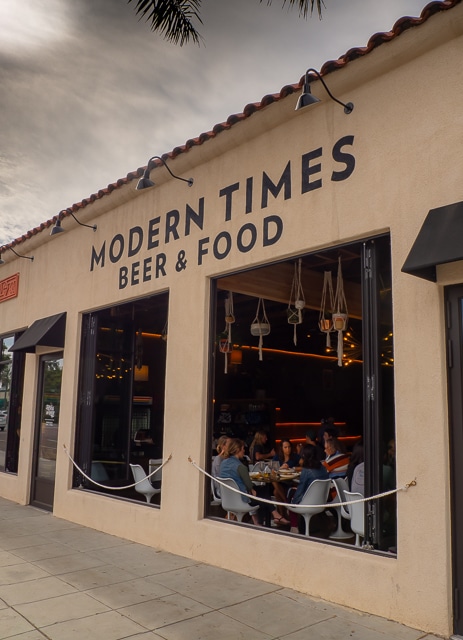 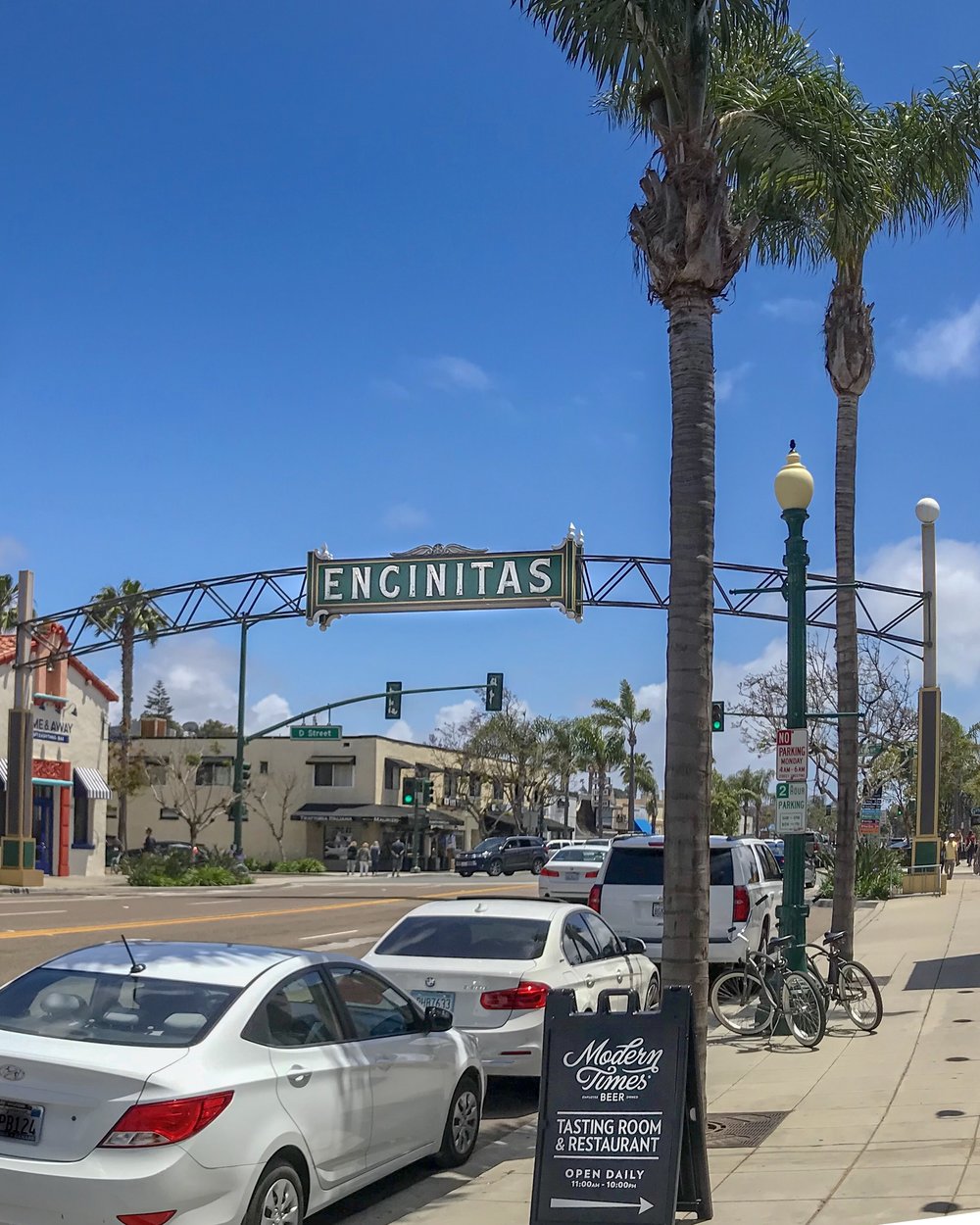 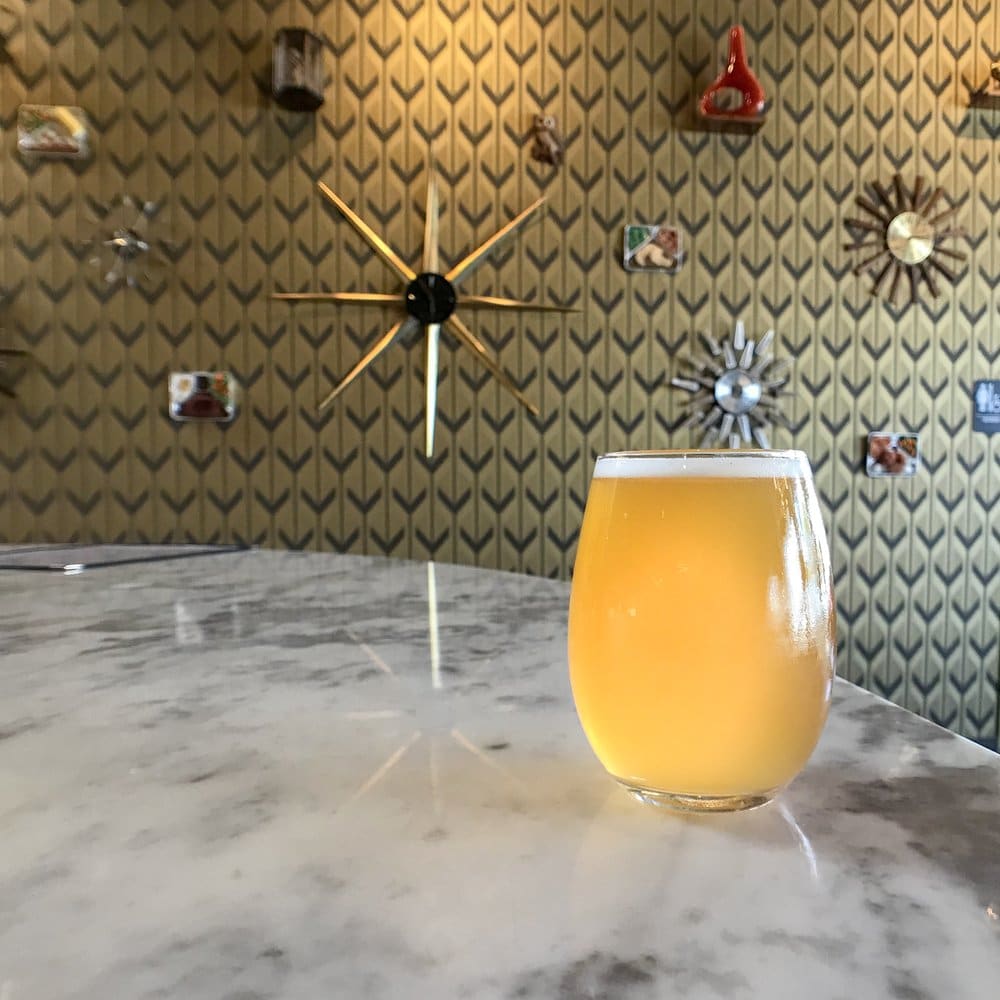 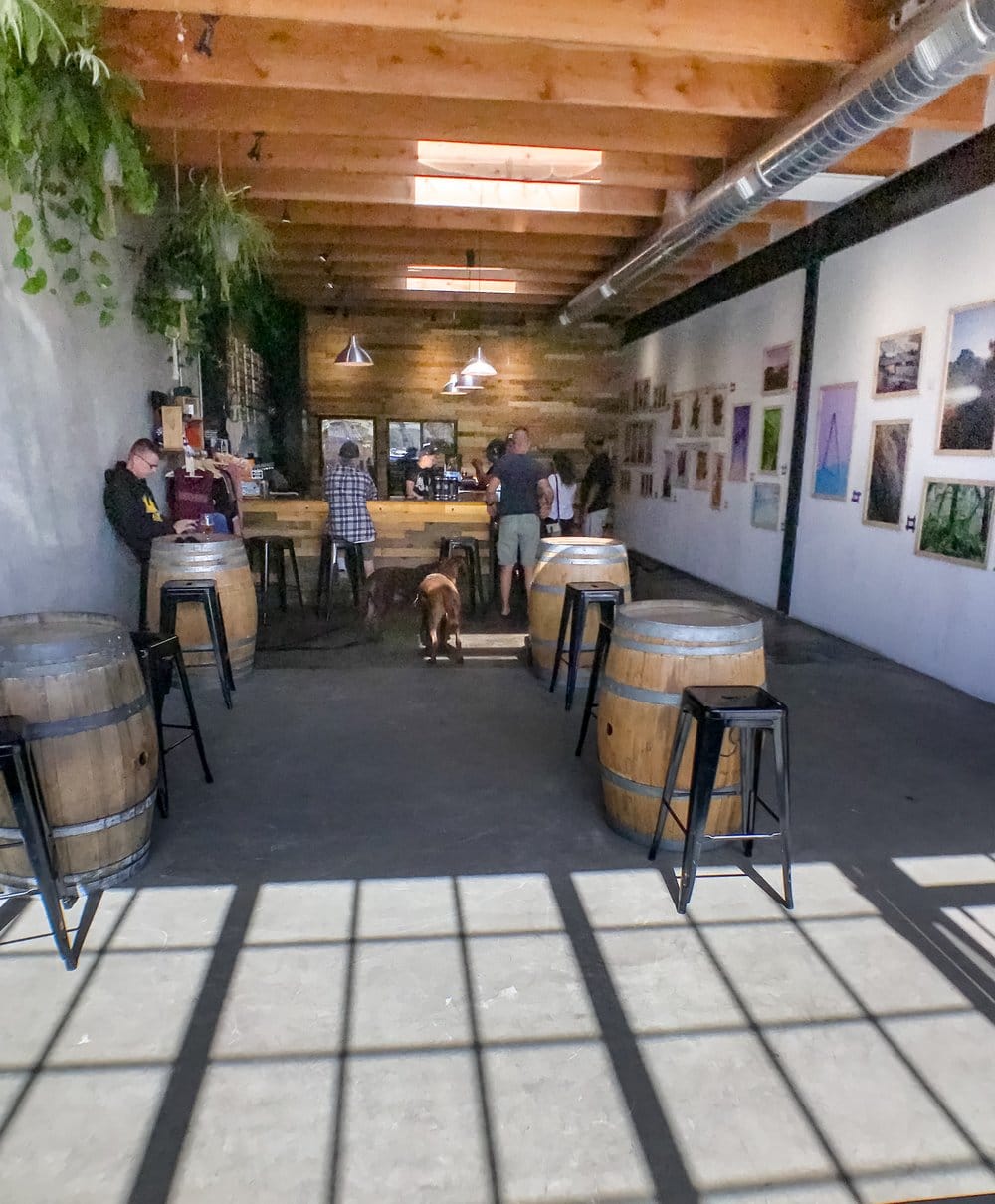 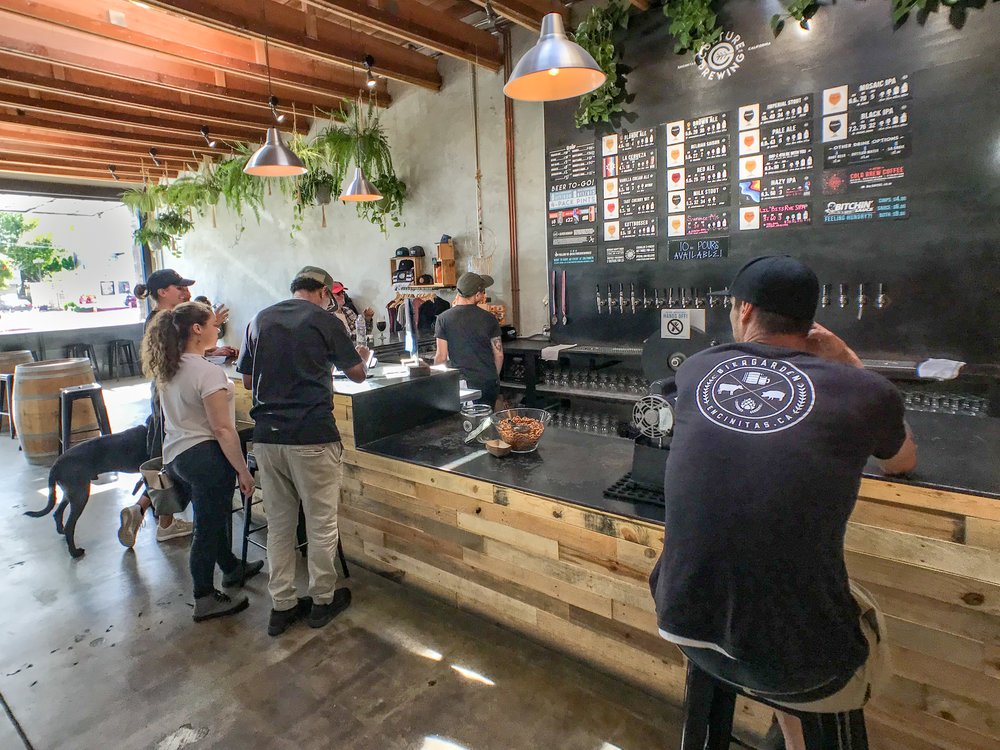 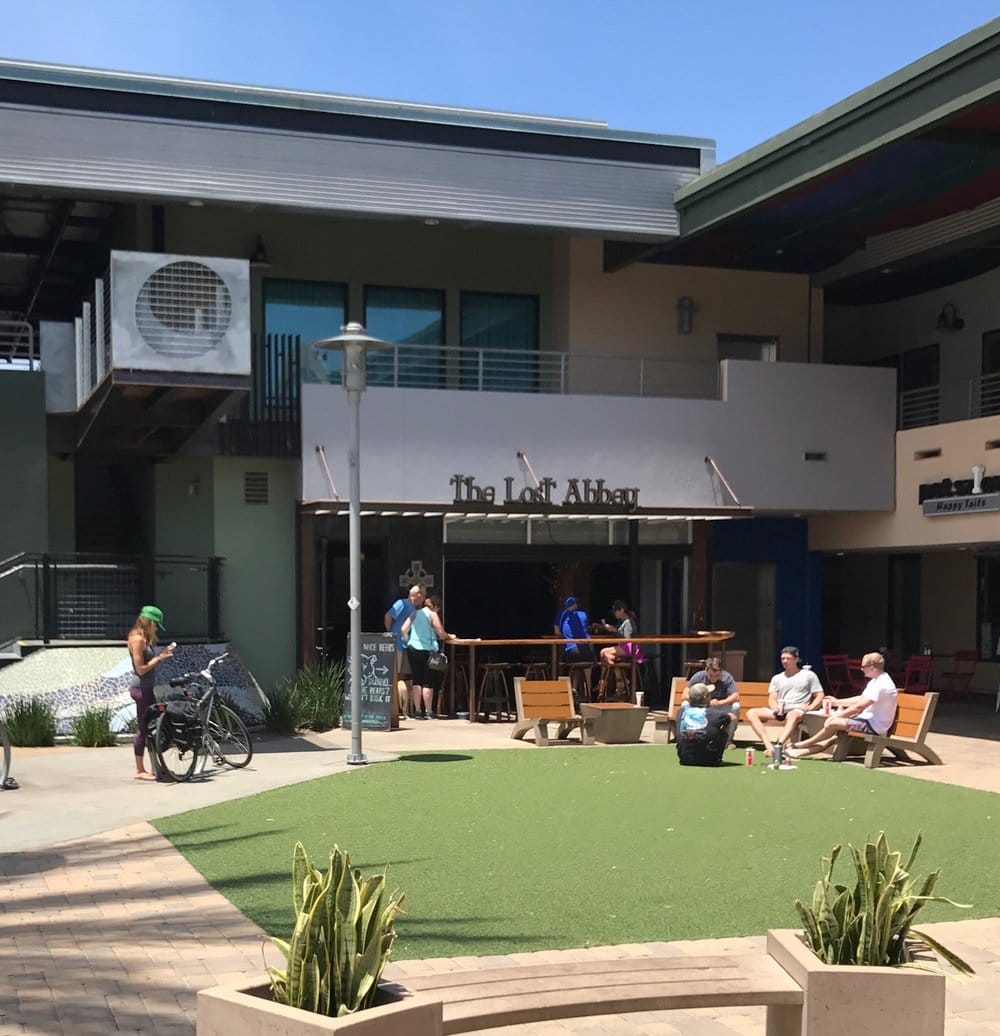 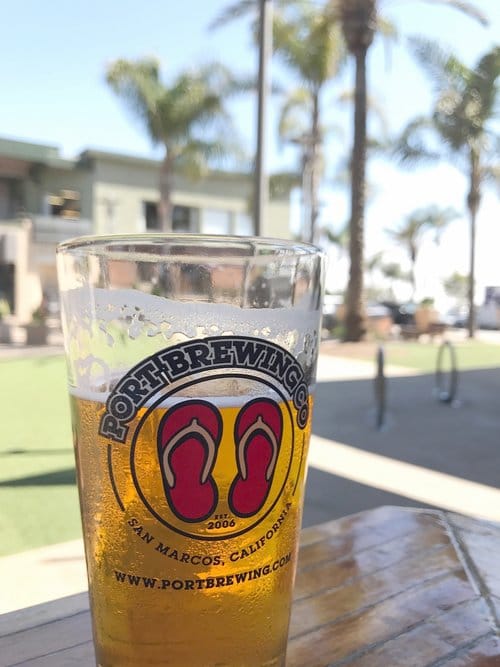 If you are already planning a trip to the area, be sure to include these tasting rooms. And if you need a suggestion for your next vacation, this area is a great option. Hotels in Encinitas are considerably less expensive than those farther south, closer to downtown, but downtown is still easily accessible by train or car. (It takes about 30 minutes to drive to downtown San Diego from Encinitas when traffic is light, though it can take quite a bit longer when traffic is bad.)

If you are coming from downtown San Diego or Oceanside, an interesting travel option is the train: both the Coaster and AMTRAK run trains that stop at Encinitas Station, which is 0.1 miles from Modern Times. From there you could walk, bike or Lyft to the other tasting rooms.