Latchkey occupies space in the Mission Brewery Plaza near the airport, the former home of Acoustic Ales. In fact, Latchkey is contract brewing for Acoustic while Acoustic is finishing up their new Carlsbad site.

This spot is tricky to get to. Use the parking garage or the street to park. And try hard not to miss it the first time: circling to get back to it is difficult because of the 5 and the railway tracks. 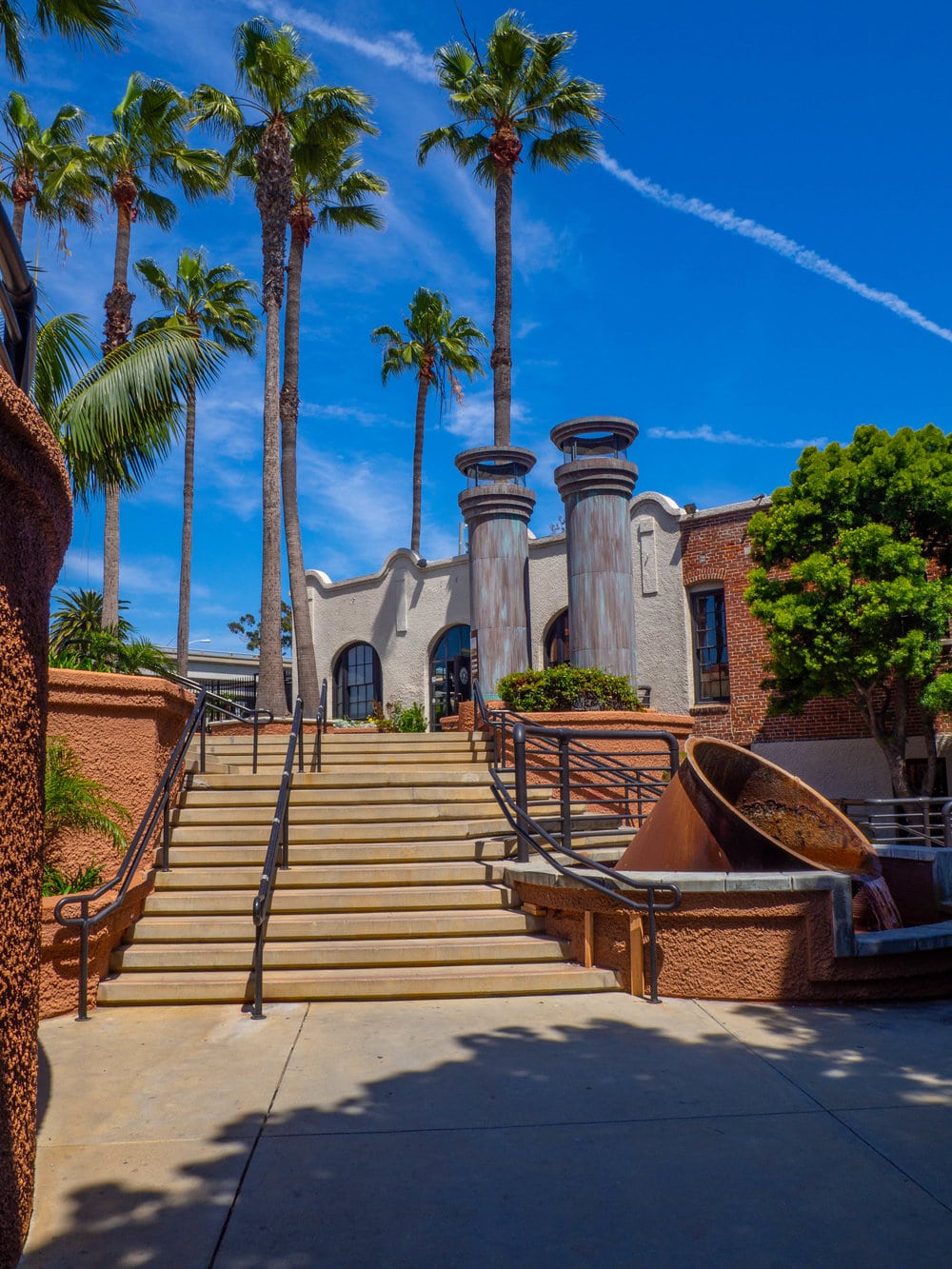 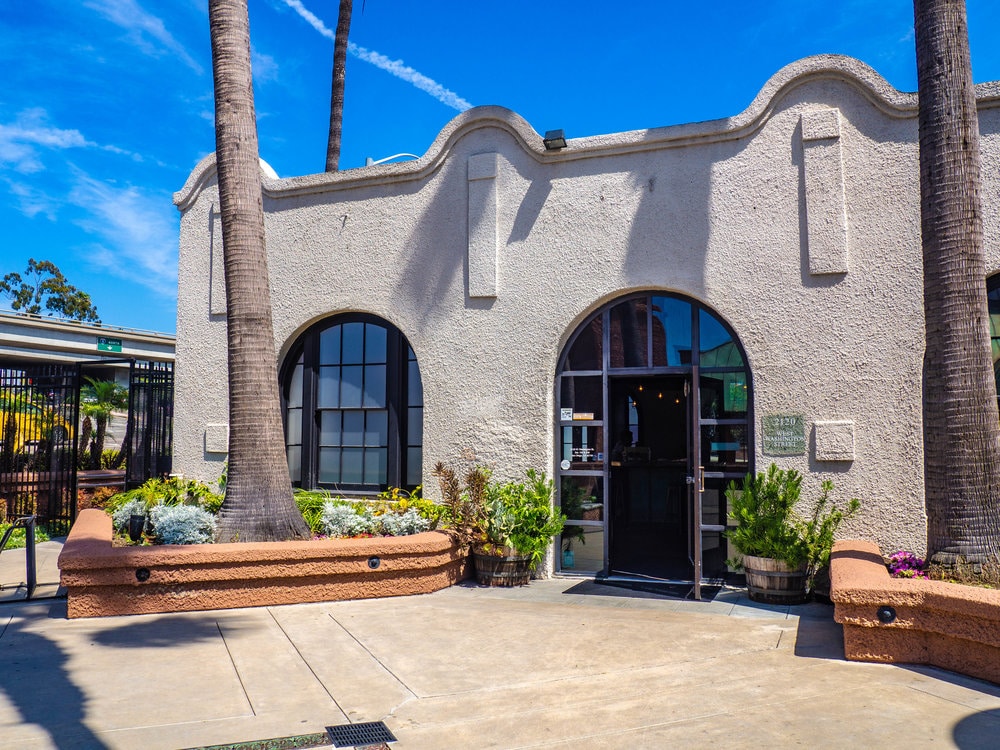 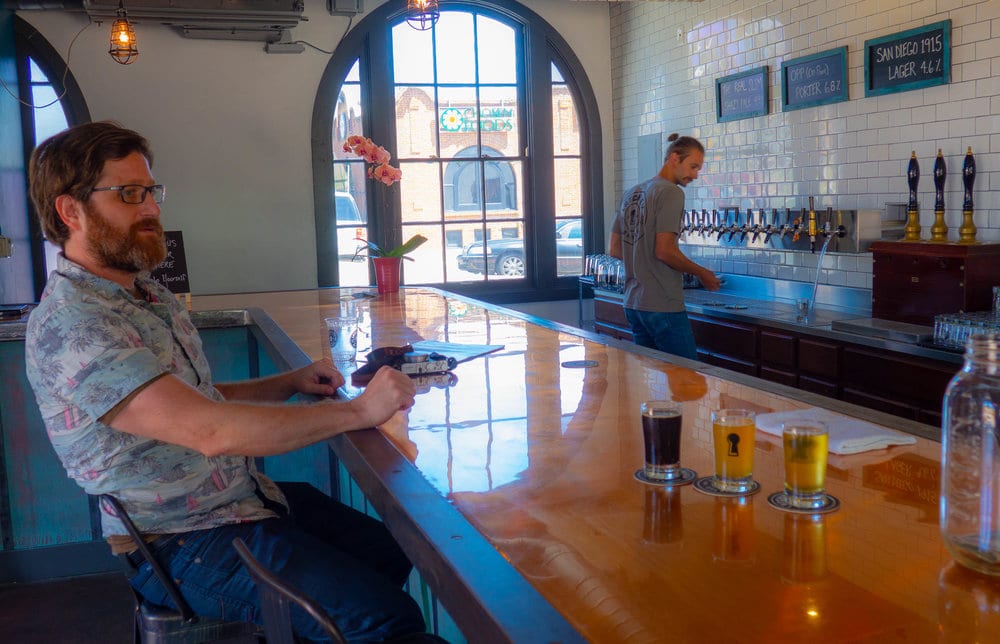 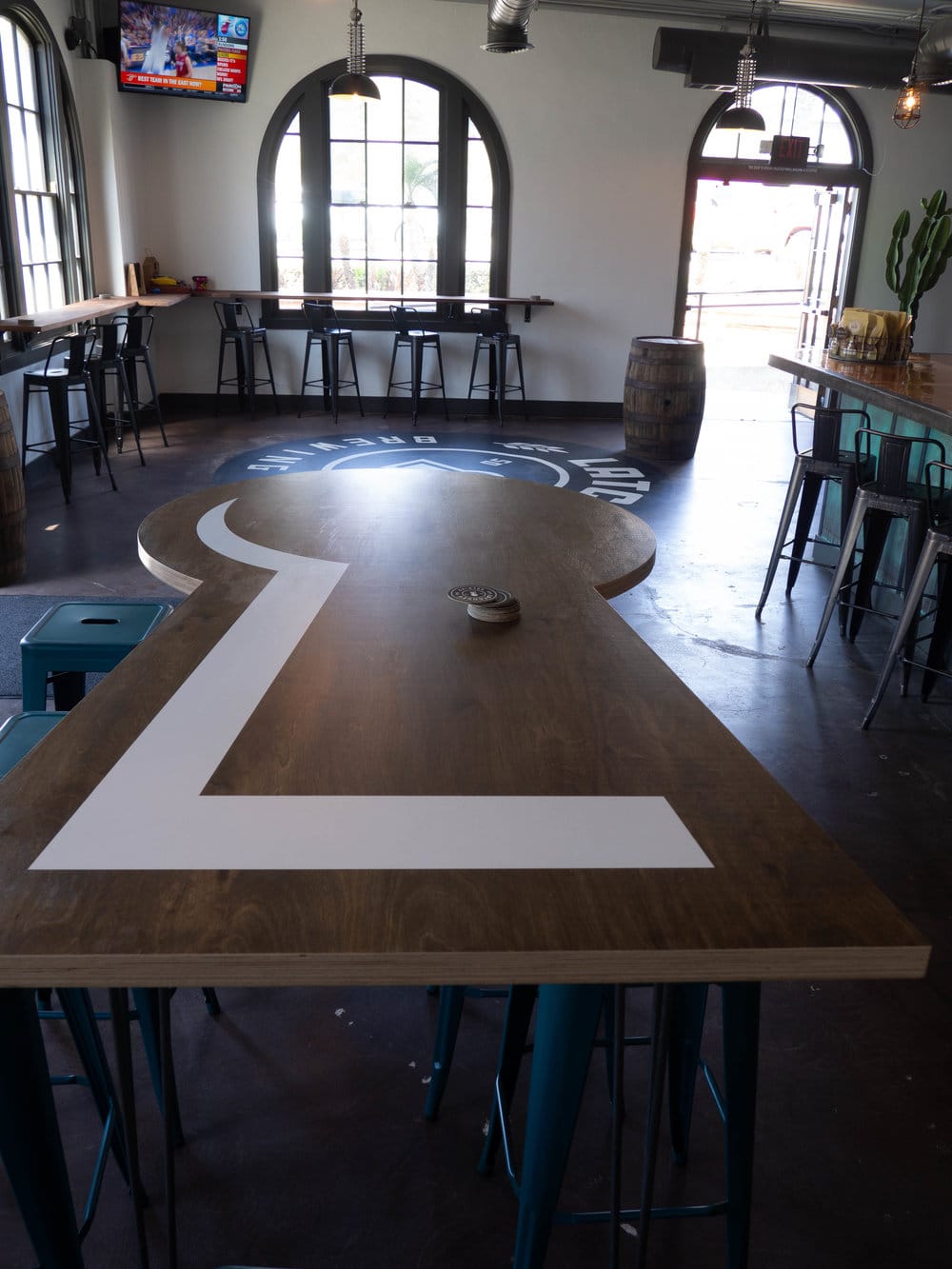 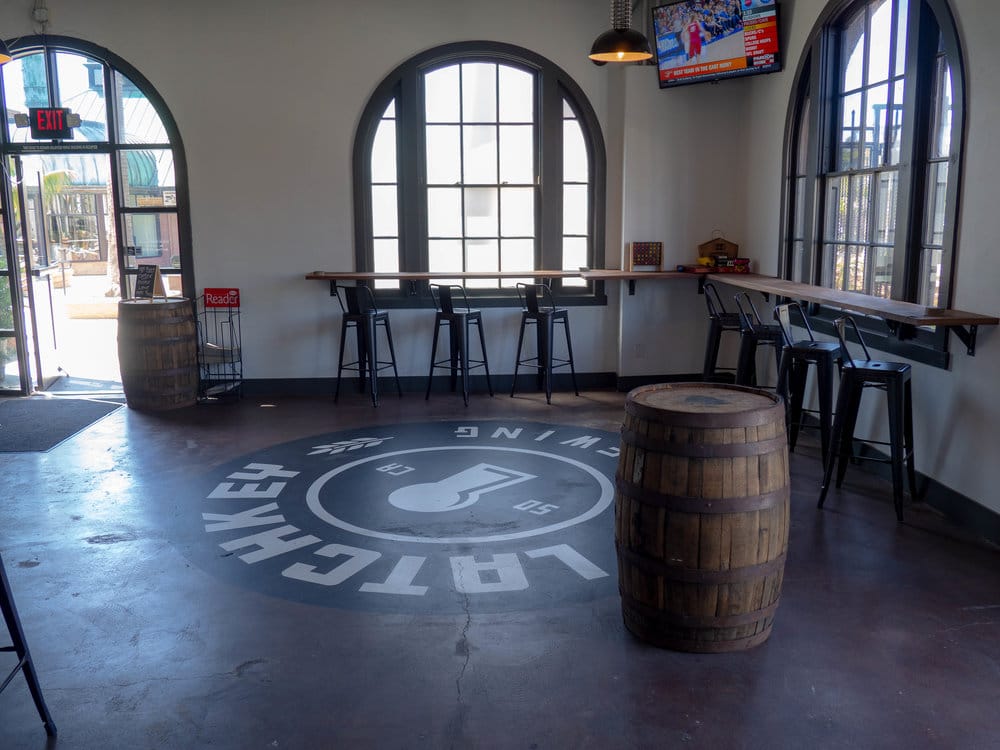 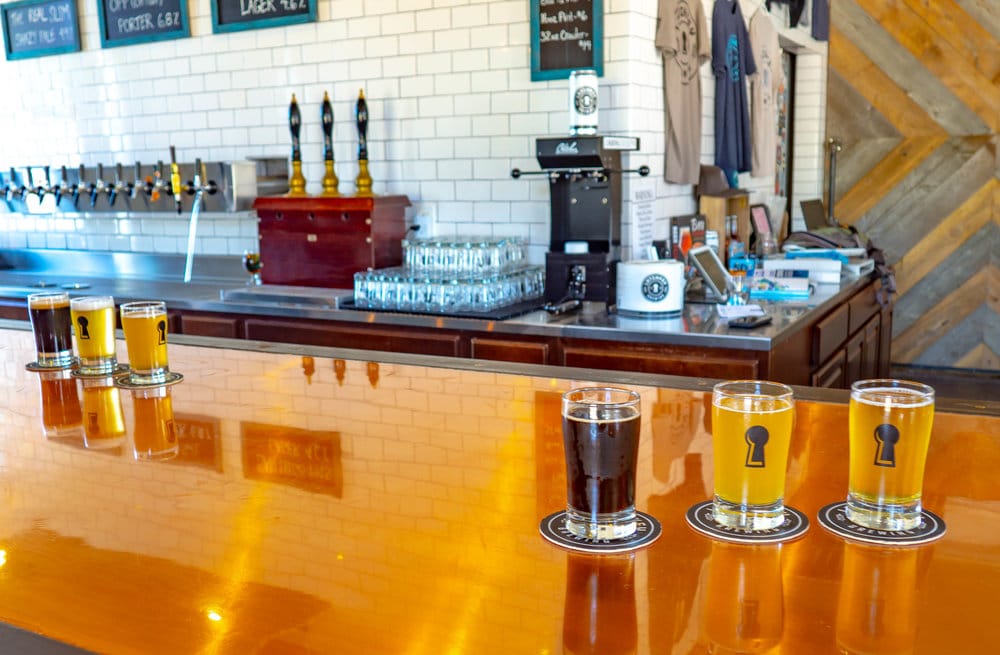 Latchkey has done a pretty significant overhaul of the tasting room. I liked it the old way, but this way is good, too: light, airy, and modern. Plans are in the works to expand into the back room and to put in a large outdoor patio. It is already a nice space to hang out in, and it will only get better.

The people who run the Latchkey are friendly and nice. They care about the beer, and about your total experience. They spent quite a bit of time chatting with us about the beer and the location, including its history and its future.

When I visited, there were only a few beers on tap. I’ve noticed this trend among a few recently-opened local breweries, that they start with a very small menu and plan to ramp up production over time. It is a good business strategy, but it does make a strange impression to see only three beers on the board when most craft breweries have 12-30 taps.

OPP! (Porter, 6.8% ABV). This IS an on-point porter. Re-named after a patron’s exclamation upon imbibing. Rich, nutty, medium mouthfeel and very good.  3.75/5

Even though there were so few beers on offer during our visit, everything available was good. They told us about two new beers that will be on by now, so the menu is expanding. The fact that the quality is already so high, when they are still a fledgling brewery, bodes very well for the future.

I have to thank Ian Anderson from San Diego Magazine, who invited me and Rob (Instagram’s @sdbeertour) to meet at Latchkey for an interview for his piece on people who are trying to go to every brewery in San Diego. Thanks for the beers, Ian, and it is an honor to be in the pages of The Reader.