This former under-the-radar brewery has been making house beers for restaurants since 2018. In December 2019, they opened a tasting room in the brewery they took over in June 2019. It is in the former Council Brewing space in Kearny Mesa.

After a visit to the County offices, I needed a beer. Luckily for me, Hopnonymous was just a couple of miles away.

Hopnonymous has an interesting business model. Their main business is to brew house beers for bars and restaurants. They do so anonymously, hence the name. They’ve doing this “under the radar” since 2018 and now have seventeen clients, according to Ian Anderson’s San Diego Reader piece that coincidentally was published the day I visited. (That’s the trouble with only having newer places left to visit, those are the ones that are newsworthy, so all the other San Diego beer writers are covering them at the same time. Brandon Hernandez has a good backgrounder on the owner in West Coaster from July 2019.)

Hopnonymous acquired the former Council space in Kearny Mesa and began brewing there in summer 2019, opening a tasting room to the public in early December. I have to admit it made me a bit sad to go back there for the first time since Council closed. Although there have been some changes to the decor (all upgrades, I think), the layout is the same and a lot of it looks the same.

I normally try to give new places quite a long while to get up to speed, but in this case I needn’t have worried. Besides the fact that the company has been making beer since 2018, the head brewer used to work for Coronado and Mikkeller. He knows what he is doing.

I had a flight of five beers and enjoyed all of them.

Bringin’ Blondie Back is a 5.1% ABV straight-ahead blonde ale designed to satisfied restaurant customers. I thought it was a good example of the style, a classic porch beer. Crisp with a background fruity note, biscuity. 3.5/5

Iris And the Giant Peach is a fruited sour that comes in at just 5% ABV but packs a huge flavor punch. In fact, I think it is a smash hit. Subtly sour with a powerful burst of peach flavor. The first taste is a revelation, and the finish is especially satisfying. 4.2/5

Plan of Attack (Double IPA, 7.1%) is a well-made classic west coast IPA. Piney with a touch of tropical fruit sweetness. Moderately bitter with a lingering finish. 3.8/5

Hoppy Little Cloud (hazy IPA, 7.% ABV). I am admittedly not a haze bro, but I’m not a huge fan of this one. In my humble opinion It is too bitter and piney, and not juicy or soft enough, to make a good example of this style. It might work if sold as a hybrid hazy/WCIPA (like what Karl Strauss and Russian River did with their collab “California hazy”). I find the aftertaste unpleasant. 3.2/5

Attitude Era is another West Coast Double IPA, clocking in at 8% ABV. I liked it quite a bit. 3.5/5

I was there on a Friday about 4 pm, and I was surprised that they weren’t so busy. I guess the neighboring businesses haven’t caught on yet that they are there. No doubt they will get a lot busier over time, because the beer is very good. Give them a try. 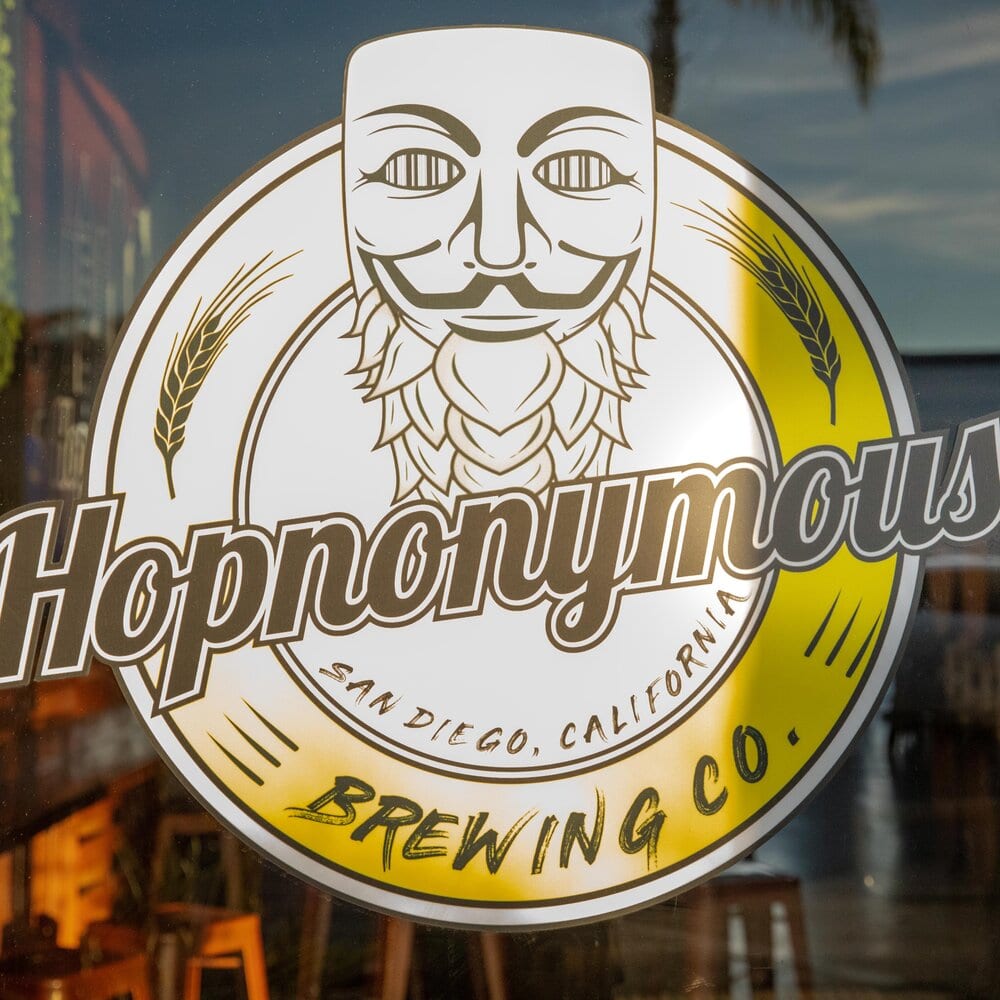 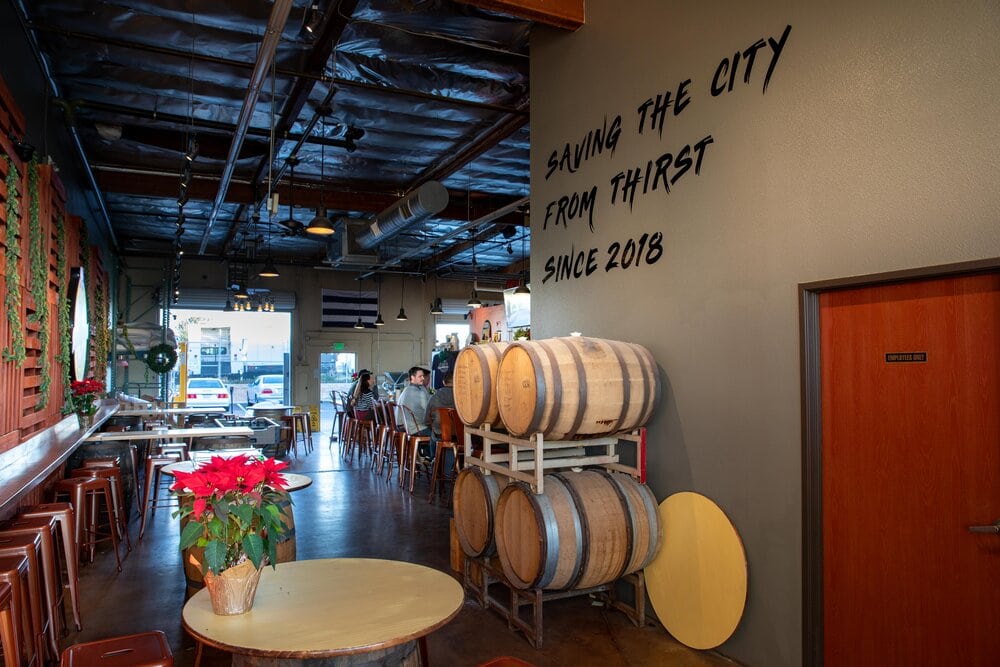 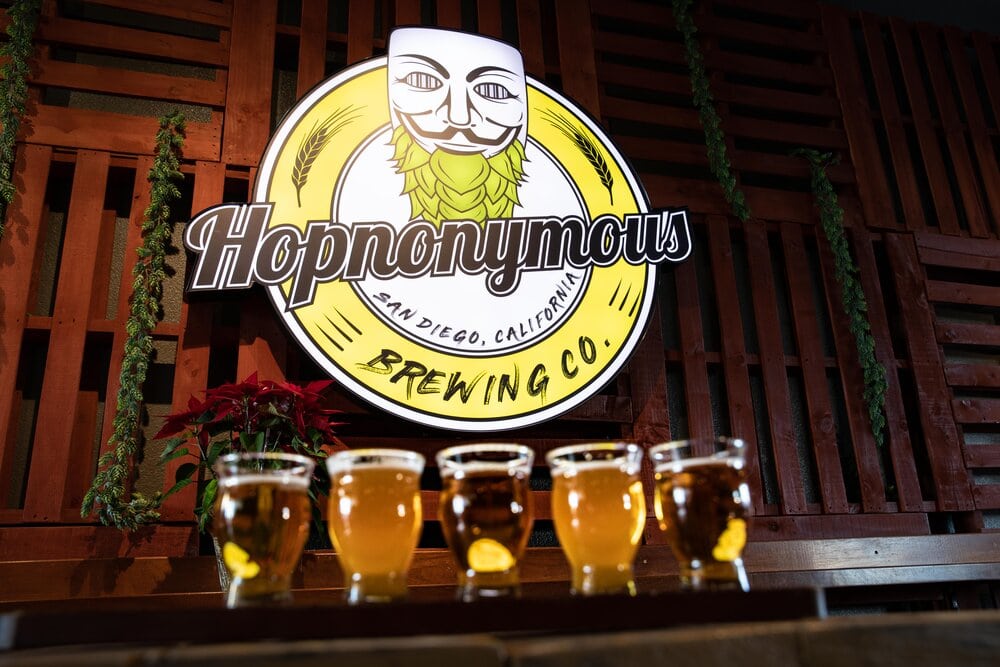