Bolt Brewery & Spirits is the third location for this brand that claims to be the first craft brewery in San Diego County. It has a full bar and serves free hot dogs. If dive bars are your thing, this might be your place. #craftbeer #sdbeer

This is Bolt’s third location, after their main La Mesa brewery, near Helix Brewing, and their tasting room in Little Italy, near Mikkeller’s tasting room.

Until earlier this summer, this location was a dive bar. In most respects, it is still a dive bar. When Bolt took over they cleaned up a bit, but the bones of the place still say “dive bar”.

There are good and bad things about dive bars, so whether you like this place will depend a lot on your tastes and your mood.

The bar itself has plenty of seating, including a neat little loop at one end that enhances conversation opportunities. There are several other high top tables, a pool table and lots of TVs for sports. 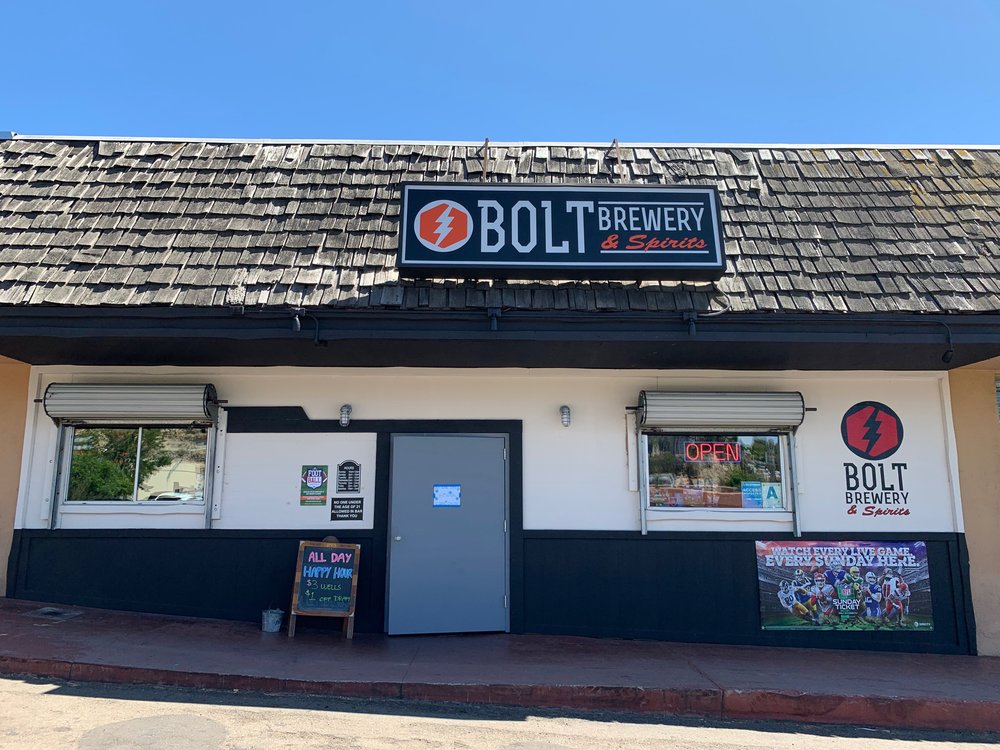 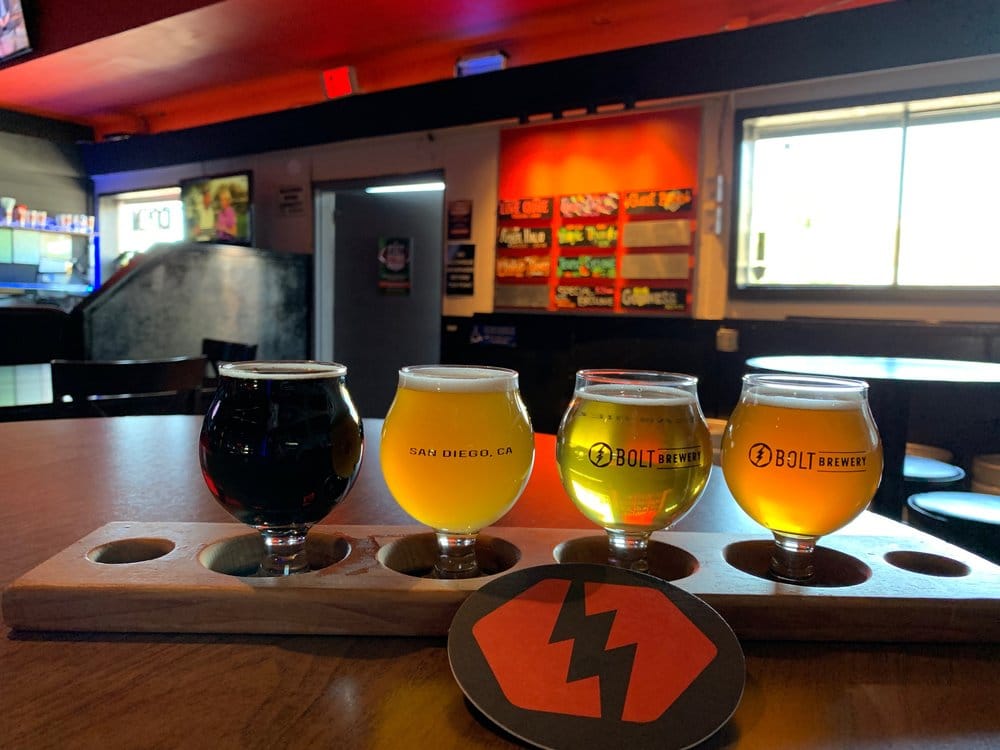 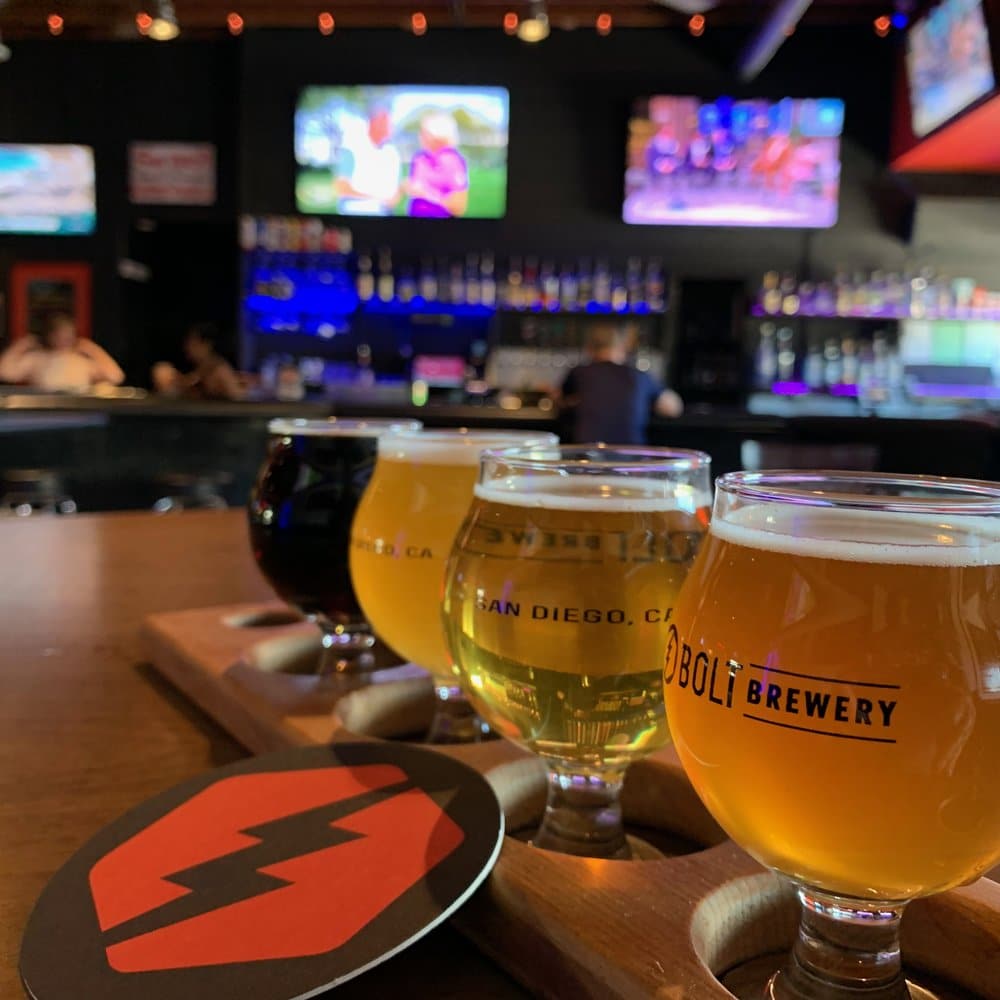 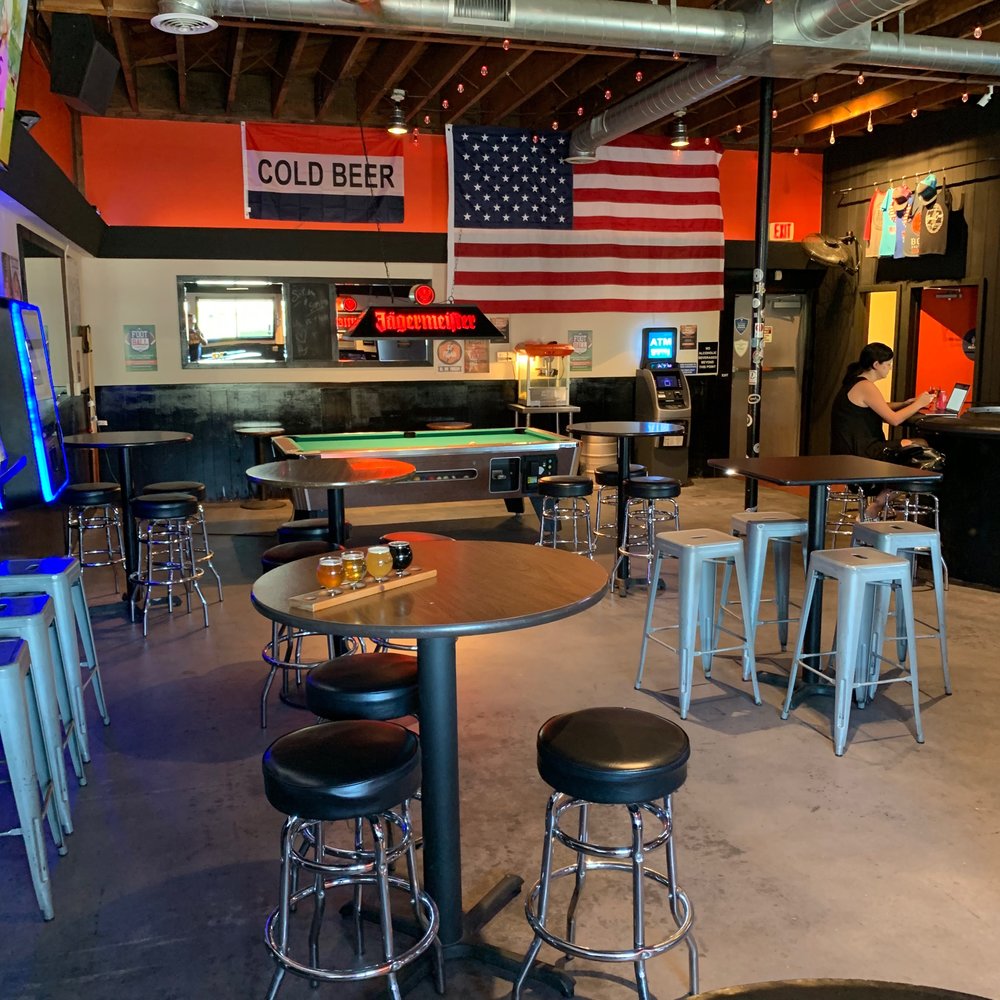 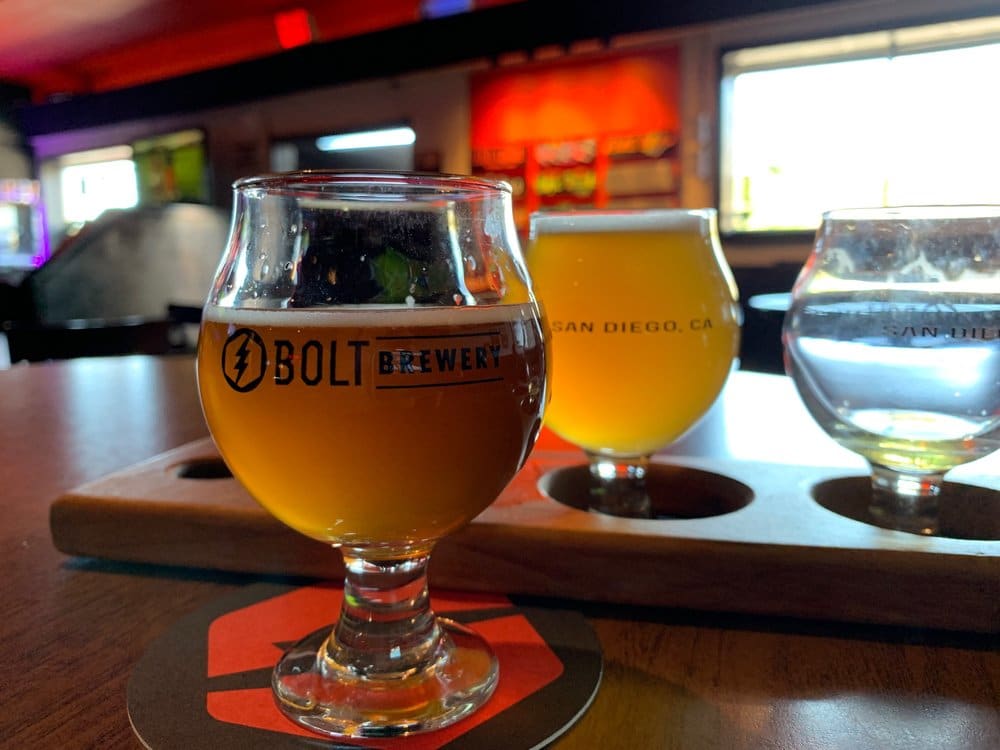 The location serves Bolt beer, brewed just 2.8 miles away at the main brewery. There is guest beer available, though when I visited the only option was Guinness. The “& Spirits” part of the name is meant to indicate that they also have a full bar. Apparently they give out free hot dogs during busier times, but otherwise there is no food on site.

However, it will be a rare person, I think, whose tastes make them come to Bolt just for the beer. It is fine, but it isn’t great. In fact, while I’ve had Bolt beer on a handful of occasions since I first started this brewery quest, this was my least positive experience.

Bolt claims rights as the first post-prohibition brewery opened in San Diego County, having started in Fallbrook in 1987–and then stopped after less than two years, and then restarted in a different place after twenty-five years. I mention that long pedigree in part because I have also had many Karl Strauss beers, they were founded in 1989, and simply put, Bolt is no Karl Strauss. Given all the time they’ve had to get it right (even just the five years since they reopened), they should be way better than they are. Instead, on the whole, they are merely adequate. Inconsistency and quality problems seem to plague them.

If I were judging just on the flight I experienced today, my overall judgement would be quite a bit lower. Out of four beers in the flight, I finished one. That hasn’t happened for a long time, not since I went to the now-defunct Reckless Brewing. I also abandoned most of my tasters at Escondido Brewing.

It might be that the lines aren’t as clean as they should be, or that the beer has not been stored well. Surely they didn’t mean for it to taste like this when they brewed it. Or maybe my palate was having a very bad day. I can’t say for sure. I hope you have better luck. But this was my experience:

Party On (Pale Ale, 6.3% ABV) is the kind of beer that makes a good impression then gets out of the way so you can have a few more with your friends. Light, moderately bitter, and impressively crystal clear straw color. This was the best of what I had today.  3.5/5

Amber Halo (Amber Lager, 5.2% ABV). This is very malty with fruity yeast, yielding a somewhat unpleasant taste to me. Dark straw colored and somewhat opaque (odd in a lager, points off). The flavor reminds me of a mass market light lager (more demerits) and it makes my stomach a bit sour (still more demerits).  2.5/5  To be fair, its average rating is more than a full point higher on Untappd, though on just 55 ratings at the time of writing. This seems to be the first batch of this beer, so maybe they’ll dial it in later.

Tropic Thunder (IPA, 7.2% ABV). The first sip was promising. Tropical and citrus fruit, medium mouthfeel. But then there’s an astringency on the end, followed by a slight but off-putting kids-medicine-coconut flavor. Cloudy light yellow, but you couldn’t honestly call it a hazy.  3/5

Special Brownie (5.7% ABV). I don’t understand the pot reference, there’s nothing funky or dank that I could detect. Dark toasty malt with a coffee-and-ash element. As others on Untappd noted, it is much more like a porter than a brown–except that the mouthfeel is thin. I get a kind of mintyness lingering on the finish. I don’t think that’s supposed to be there, from the descriptions I can find. 3/5

Looking back at my stats, I see I’ve checked in 13 Bolt beers since fall 2016. Two of those 13 were beers I rated 4 or above. The most common rating I’ve given Bolt is 3/5. That’s not a great record compared to the vast majority of other San Diego breweries. (I’ve been to all but one of them now: Just Stave and Nail left and I will have at least temporarily completed all the breweries. I currently have four tasting rooms left to visit, too.)