Saint Archer is a #sandiego #sandiegobeer #brewery. Since they disappointed #craftbeer fans and sold to MillerCoors, they haven’t gotten much love from #localbeer lovers. Their new tasting room in Leucadia is well executed.

This attractive tasting room near the beach in the Leucadia neighborhood of Encinitas opened in June 2018. It is located on the 101, almost exactly halfway between Pizza Port Solana Beach and Pizza Port Carlsbad.

Though Encinitas has been reluctant to allow breweries and tasting rooms, this spot seems to be well received by locals and beach goers. When I dropped in with my buddy Rob (Instagram’s @sdbeertour) for a flight of beer and a few quick photos, there were several other groups enjoying the light and breeze coming in the big open windows facing the street, despite it being the early afternoon on a random Tuesday. 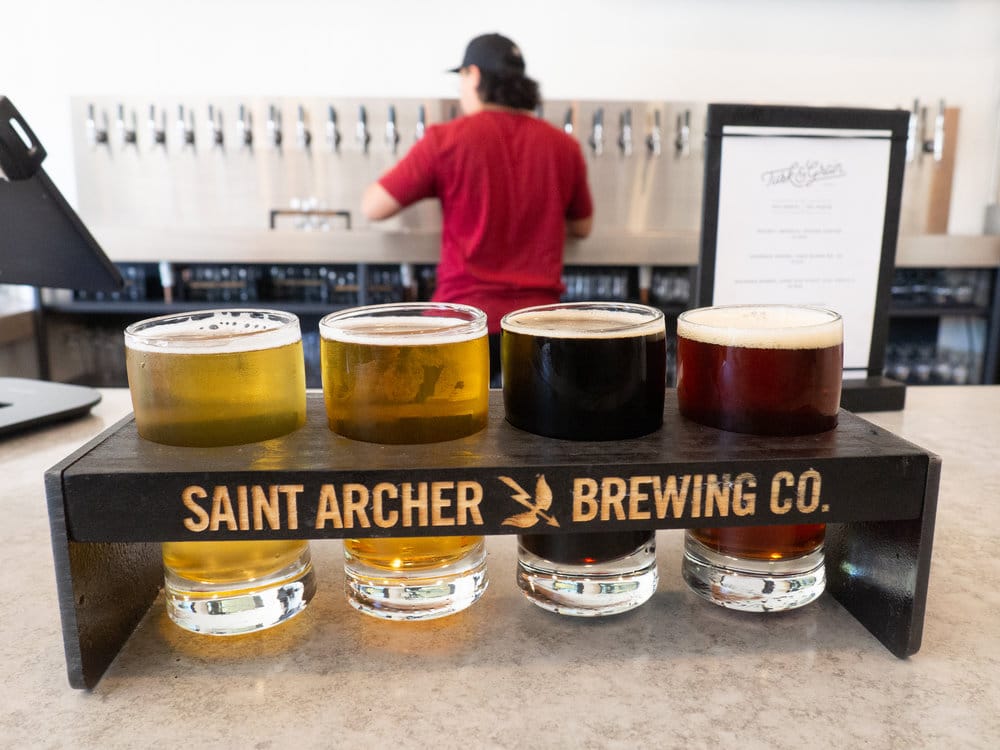 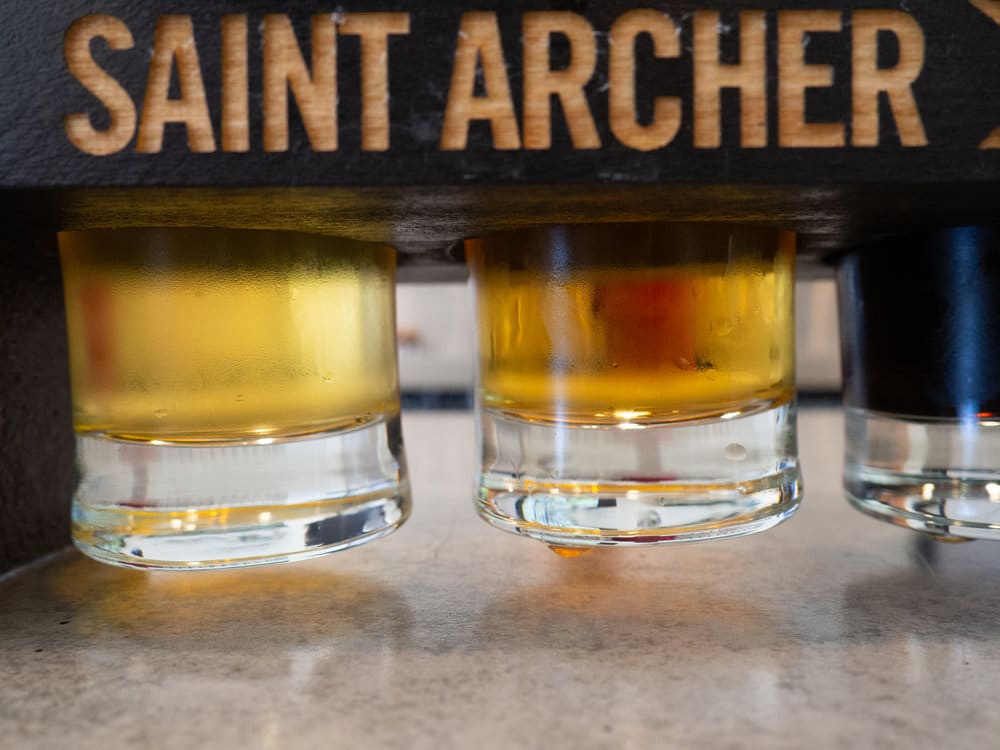 Those of you who follow my blog know that Saint Archer and Ballast Point get included in my quest mainly because they are crafty, local beer, even though (because of their respective buy-outs by large beer conglomerates, MillerCoors in the case of Saint Archer) those San Diego breweries do not count as craft beer according to the Brewers Association definition. I also happen to quite like many of Ballast Point beers. Saint Archer has never really impressed me, but they do make some perfectly good beer–better, for sure, than the bottom third of San Diego County’s 150 craft breweries. The flight I had on this occasion was decent to good; well-made beer with no flaws and good recipes. They had more than twenty beers on the menu, so just about anyone who comes in is bound to find something they like.

So, as a pure experience–location, atmosphere, service, beer, price, etc.–the Saint Archer tasting room hits all the right notes, though perhaps without being truly outstanding in any particular area. However, if you prefer to spend your beer money supporting local, independent, CRAFT beer (rather than padding the already well-padded pockets of MillerCoors), try one of these nearby spots instead:

The Confessional by Lost Abbey (Cardiff)

Or, if you are willing to drive twelve to twenty-five minutes inland, there is a whole mess of good craft breweries in Carlsbad and San Marcos.