Papa Marce’s Cerveceria, located next to Rouleur Brewing in the Carlsbad brewery ignitor, is pretty new but already making a wide range of very good beers.

Papa Marce’s Cerveceria opened in summer 2018 in the Carlsbad “brewery ignitor”, next door to Rouleur Brewing, in the spot formerly (though briefly) occupied by Wiseguy Brewing. It is not far from Guadalupe, Arcana, Burgeon, and Culver. 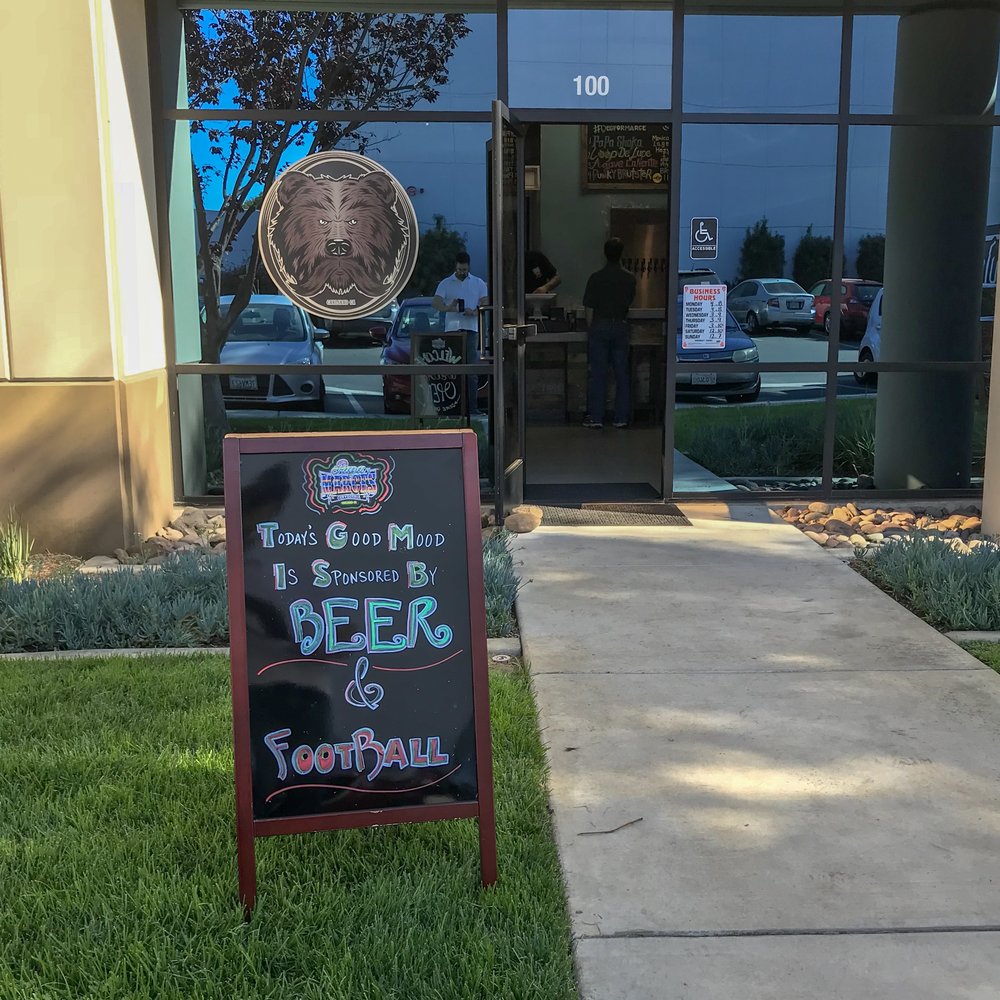 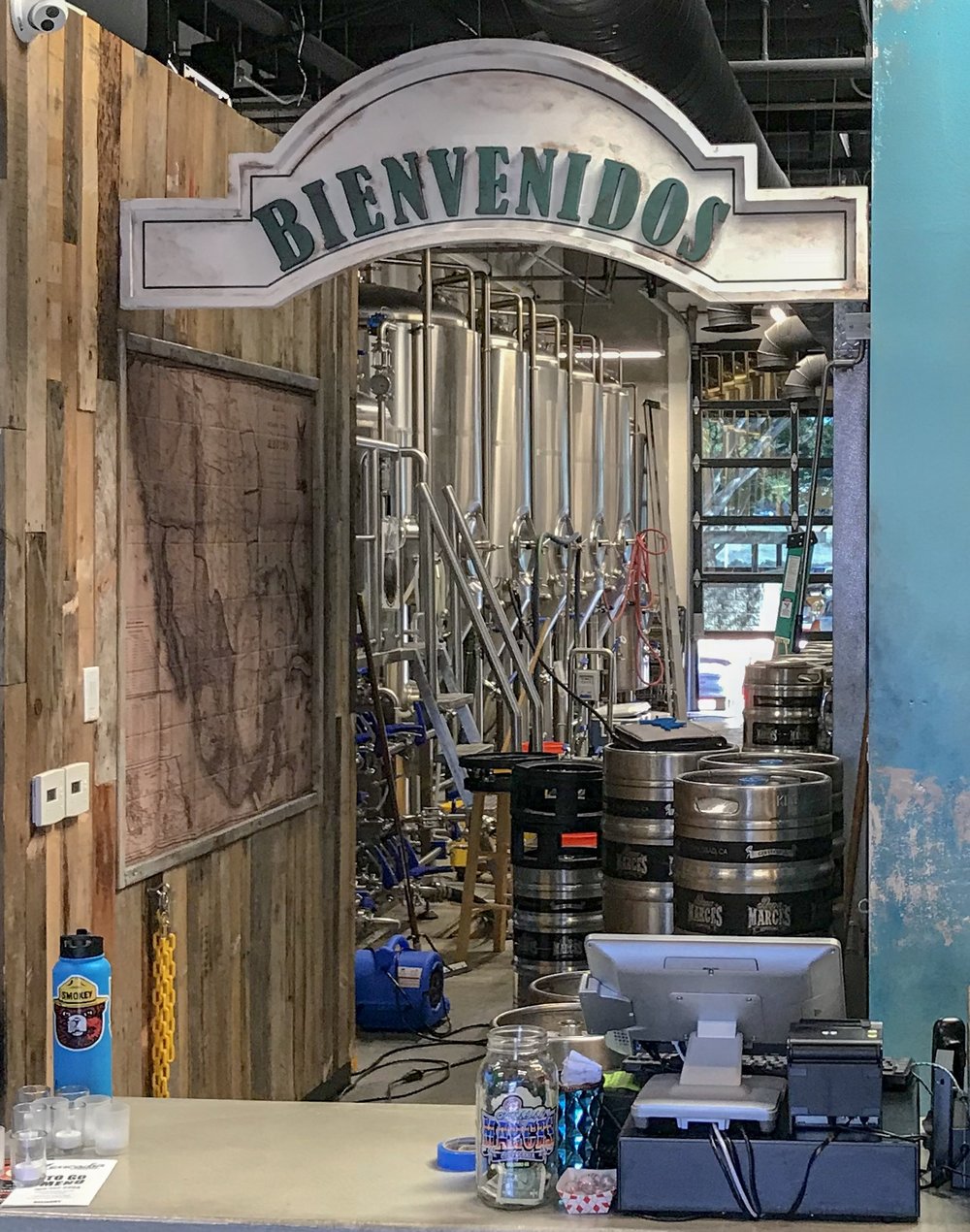 One of the nice things about the brewery ignitor concept is that brewers come into a space that is already essentially set up for brewing. They personalize their tasting room, brew some beer and then they are ready to go. Monthly rents are higher, but there are no up-front equipment costs to bear. It’s a compromise that works for some situations.

Most of the brewery ignitor clients so far have been pretty successful. Consider Pure Project, one of San Diego’s biggest hits, known for quality and can release mania. Amplified Ale Works, also brewing in Miramar, just open their “E-Vil” location downtown, their third now. North Park’s Eppig has a second tasting room in Point Loma–with its bay and marina views it is perhaps the nicest beer drinking location in the whole city. Papa Marce’s Carlsbad neighbor Rouleur is producing great beer and seems to be building a strong following. North Park’s Pariah Brewing has an excellent reputation and produces distinctive, interesting and delicious beers (sea urchin roe stout, anyone?) that are gaining distribution. The other current North Park brewery ignitor tenant is JuneShine, a craft organic hard kombucha brewery, located where San Diego Brewing had their second location for a year. (San Diego Brewing treated the brewery ignitor as a proof of concept for expanding production and opening a second location; when they gave up their lease after a year, they announced an intention to open a second brewpub with additional brewing capacity, but I haven’t heard any news since then.)

During my visit, Papa Marce’s was pouring an impressive number of beers (thirteen) across a wide variety of styles (from lager to IPAs to porter to sours); even more impressive for a new brewery, the quality was high across everything I tried. (And everything my neighbors at the bar had, too.)  Papa Shaka (Mexican Lager, 5% ABV) was a very good example of the style, and is something of a flagship beer. Punky Brutster (Brut IPA, 6.9% ABV), a collaboration with Chula Vista’s 3 Punk Ales, was one of my first ever in this new style and I thought it was great. The Big Red Sour (9.9% ABV) was moderately sour and very drinkable. My favorite was Porter She Wrote (5.4% ABV), an excellent example of the style–if I were a regular, this would be my usual order.

The tasting room is comfortable, with a few seats at the bar and a few high tables. A large group would have to stand. The interior design is well done and feels like it has been “lived in” for a lot more than a month, which adds to the comfort.

Service was excellent. In addition to a very knowledgeable bartender, those of us sitting at the bar had the opportunity to chat with the brewer and another owner, who went on to make the rounds of the room to check in with patrons–a classy move.

I expect we will be hearing a lot more about Papa Marce’s in the coming years.