California Wild Ales is a blendery that focuses exclusively on barrel-aged “wild” and sour beers. The owners take turns behind the bar, and they are so enthusiastic that this is a “must” experience for any #craftbeer lover. #sdbeer

Open limited hours on Thursdays, Fridays, Saturdays and Sundays, California Wild Ales’s original concept was to not have a tasting room at all and just do a bottle club by subscription. They opened a tasting room anyway a few months ago. It is located in Sorrento Valley, not too far from New English Brewing, Longship Brewing, Green Flash Brewing, and Karl Strauss Sorrento Valley. It is really just a hop from there to anything in Miramar, so you can easily include it on your beer tour.

Google and Yelp rate this place extremely highly, so I was eager to give it a try.  It is a little tricky to find it. There is adequate parking if you keep heading toward the back of the property. The front entrance is from a flower-lined walkway, though you can also enter from through the garage doors on the other side. The interior design is minimal, but the graphic design awesome–three furry cartoon monsters to represent the three “bugs” that ferment sours. I can’t wait to get a t-shirt of them. 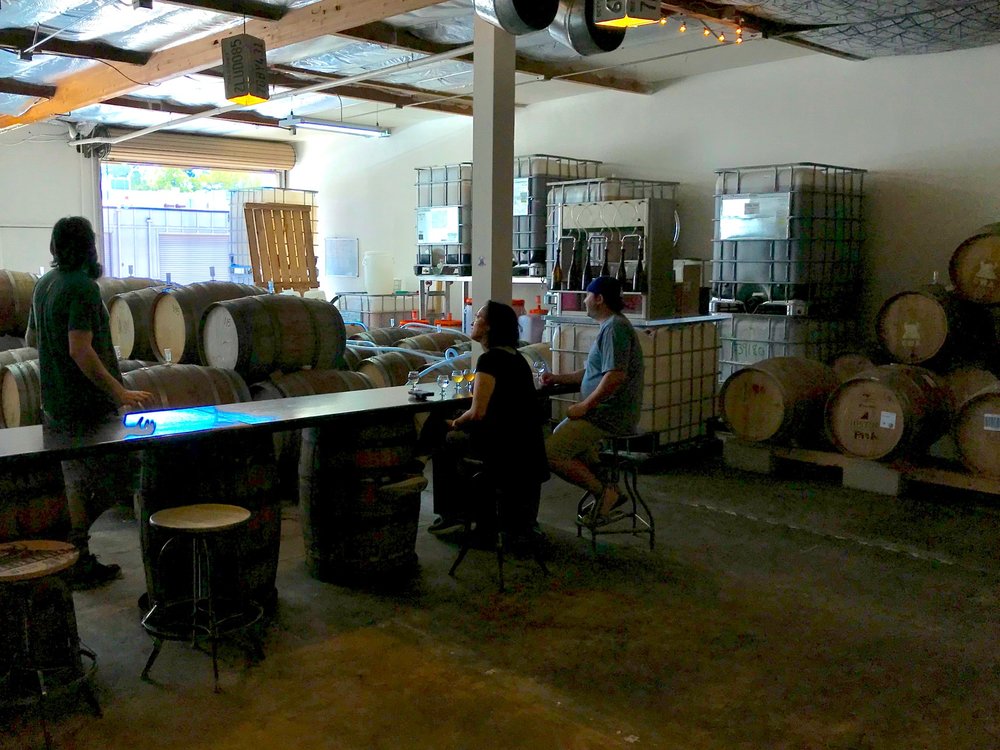 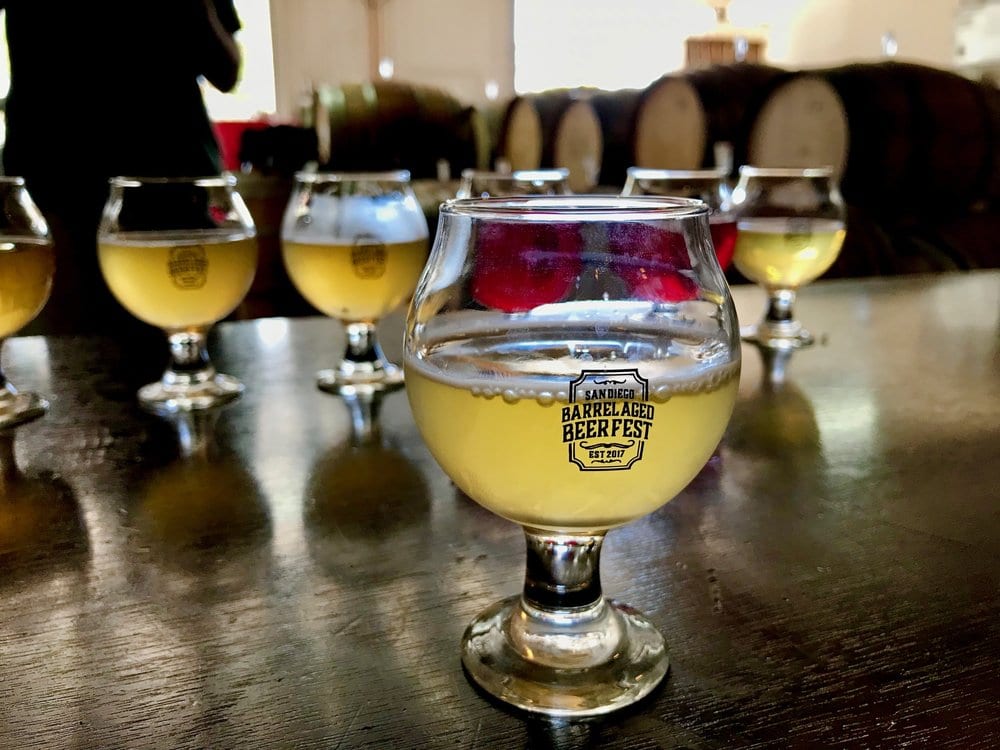 They were pouring eight barrel-aged sours on draft (two more had kicked) and one from a bottle. I tried them all. I’m not usually a fan of sour or wild ales, and even I thought these were good. There were several that were very good; I won’t rate or describe them because of my inexperience with these sorts of beers, but I liked them. There was only one that I couldn’t finish. (It tasted to me like a baby’s diaper–according to draftmag.com that is possibly a stale/oxidization issue.)

One of the reasons I enjoyed the beer so much was that the guy behind the bar was so engaging. It turned out to be Zack Brager, one of the owners. He was enthusiastic and very willing to answer questions. On Yelp we saw that the other owners have a similar approach when they take their turns behind the bar. That is a winning recipe all by itself. Beer people love to talk about beer.

We learned that Mike Hess is making the wort from California Wild Ales’s recipe. The wort then gets shipped to the Sorrento Valley location, where it is transferred into barrels (mostly wine, some whiskey, occasionally tequila) for fermentation and aging. I love Mike Hess’s beer, so that might be a factor in my reaction to this beer. The story of the trials and tribulations of carting 55 bbl of wort across town on a flatbed tow truck was fun to hear. They source barrels directly from wineries and distilleries, and have a few that were once-used at Modern Times.

California Wild Ales haven’t been serving the public for very long, but as things settle into a routine they are thinking about opening a tasting room in an area with more foot traffic. I think it will be popular, especially if they can keep up the level of engaging personal interaction. For people who love beer and love talking about the details of the making of craft beer, especially sours, I can’t recommend this place highly enough.