I predict that this brewery will soon be much better known; it makes consistently good beers and has a fun tasting room. #craftbeer #sandiego

I liked this spot. It has a low key vibe, a sophisticated and well-designed room, a great patio, a good food vendor, good service all around, and good beer. Even the parking was easy. What’s not to like?

Booze Bros. is right around the corner from Barrel Harbor’s main brewery, and just down the street from Aztec Brewing; they make a good three hour tour, if you know what I mean.

Another good thing about Booze Bros. is that they are open every day. That is not as common as it should be among breweries. However, like most of the breweries in Vista, they don’t open until fairly late in the afternoon. Speaking for others like me who like to drink earlier in the day (including on Mondays and Tuesdays, thank you very much), 3 or 4pm is too late an opening time. For one thing, opening that late means I am not going to be able to make it at all, since traffic back south will be horrible. (I admit that I have an usual work schedule, but I’m sure there are enough people in a place like San Diego who want a beer at 2pm that it will be worthwhile for the breweries who try it. Competitive advantage!) 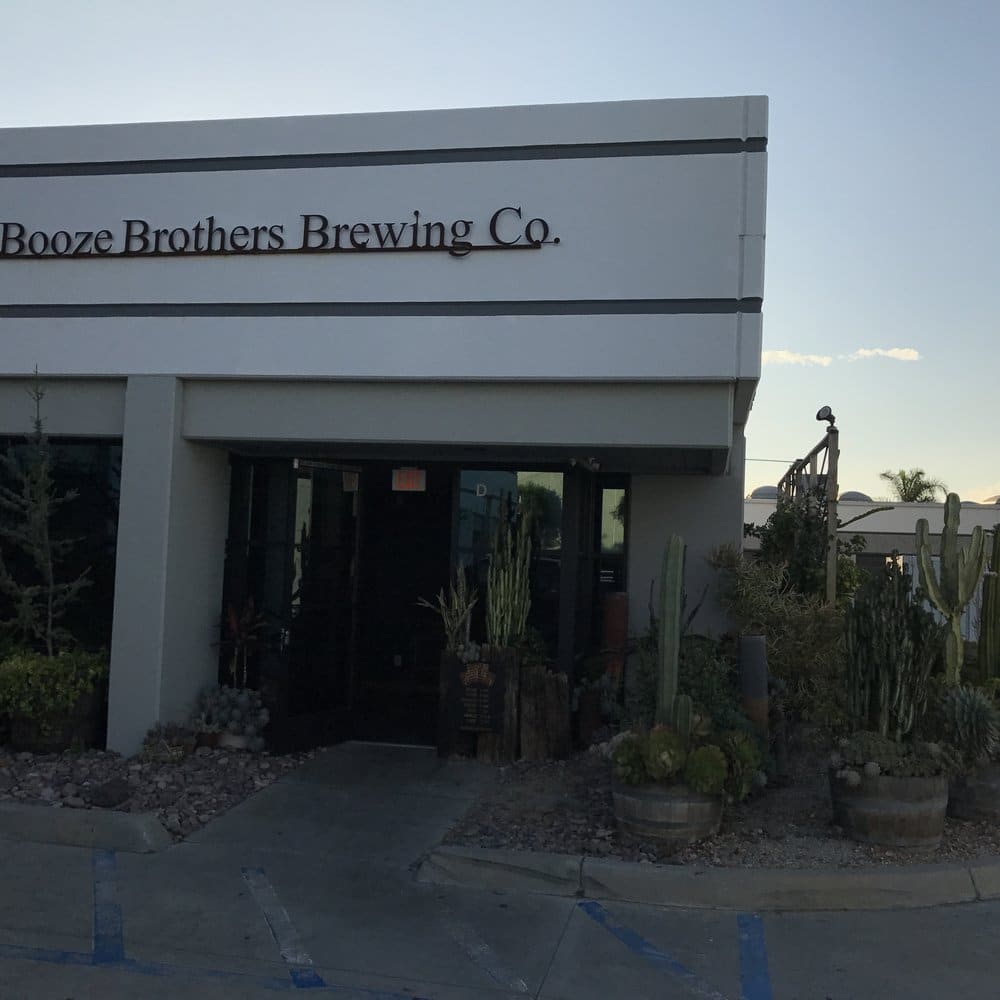 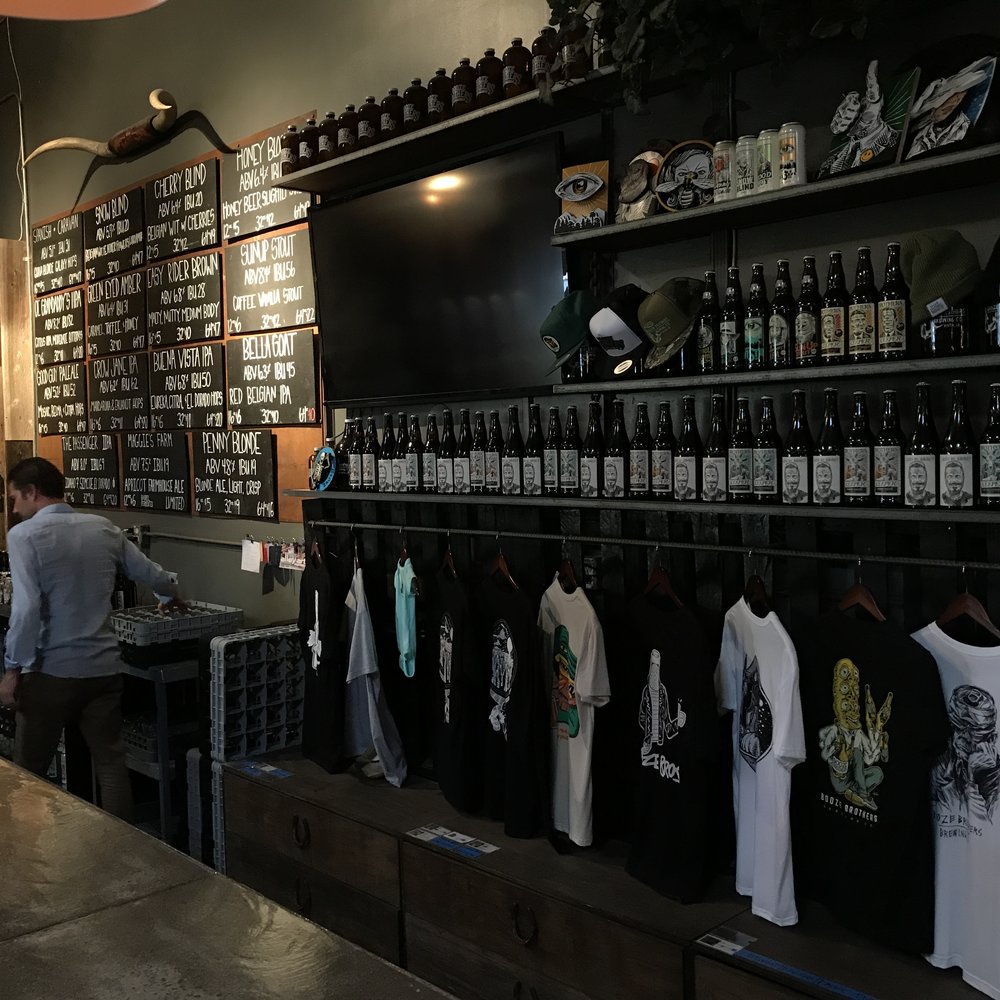 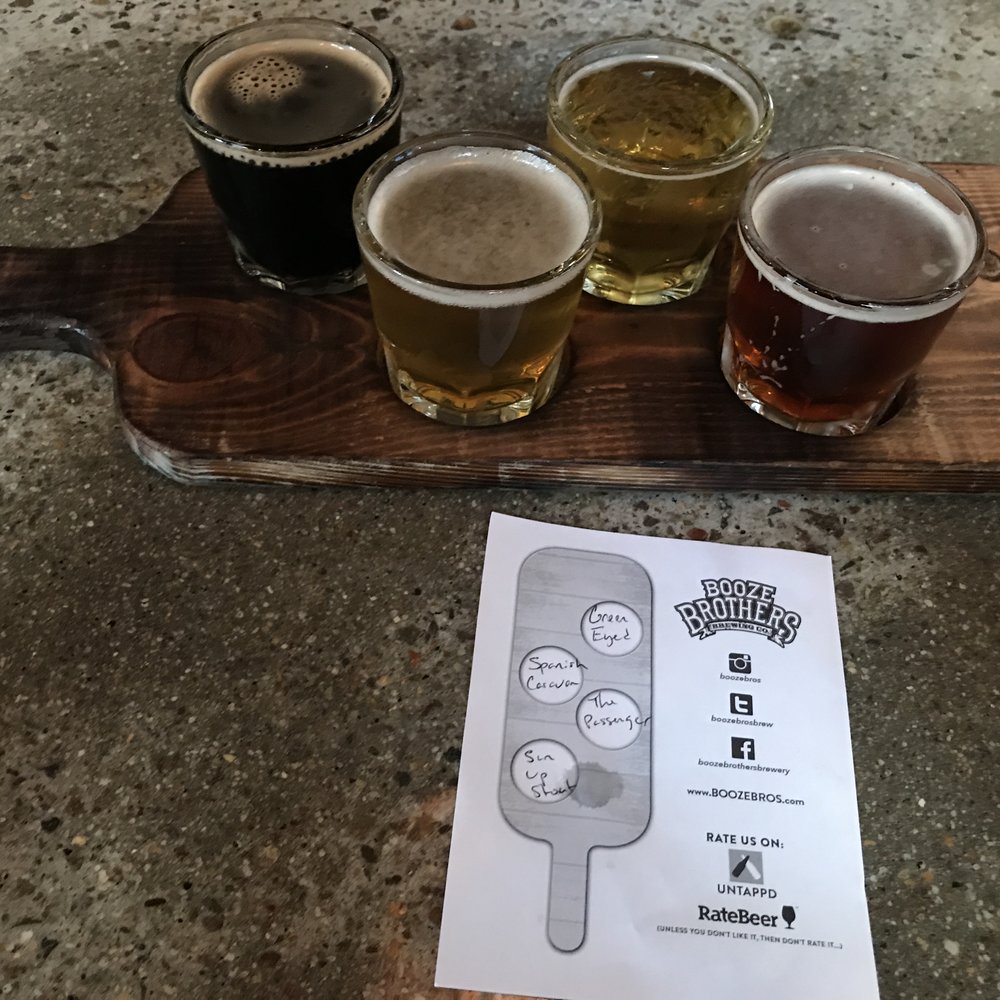 They were pouring 15 beers when I was there. I was impressed with the consistency and quality of what I had.

The Passenger (Double IPA, 8% ABV). At 8% it is a good idea to be a passenger if you are going to have more than a couple of these. Solid DIPA. Smooth, and maybe more malty than you expect in a DIPA.  3.5/5

Sun Up Stout (Stout with coffee and vanilla % ABV). I liked the level of coffee flavor, present but not too much; similarly the vanilla was not over-assertive, just in the background adding roundness and (combined with the deep roasted malts) an umami perception. 3.75/5

Overall, this is a good spot, and I would be happy to return if it were just a little closer to my house (or open earlier in the day). The can/bottle art is distinctive and interesting, too. My prediction is that this brewery will soon be much better known.