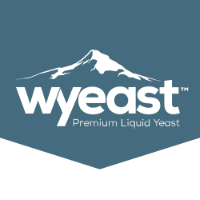 Compare Brettanomyces Lambicus to others »

This is a wild yeast strain isolated from Belgian lambic beers. It produces a pie cherry-like flavor and sourness along with distinct “Brett” character. A pellicle may form in bottles or casks. To produce the classic Belgian character, this strain works best in conjunction with other yeast and lactic bacteria. It generally requires 3-6 months of aging to fully develop flavor characteristics. This Wyeast strain is known by it's old nomenclature, Brettanomyces lambicus, while rapid PCR analysis confirms that genetically it is Brettanomyces bruxellensis. This strain remains known as B. lambicus because of the name's historical relevance and unique profile.

If you cannot find Brettanomyces Lambicus (WY5526) anywhere, you can substitute one of the following yeasts for a similiar result.

These are the most popular beer styles that make use of the Brettanomyces Lambicus yeast: