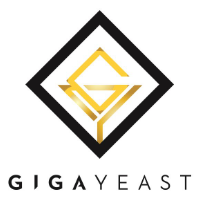 Compare Kveik #1 to others »

A traditional Norwegian Kviek yeast that can be fermented at 85-100 F for fast fermentations and no off flavors. We have found a 15 P wort attenuates to 74 - 78 in as little as 48 hours at 90F. Subtle notes of citrus fruit make this yeast an excellent choice for clean hop-forward IPAs and Pale Ales with citrus hop additions

These are the most popular beer styles that make use of the Kveik #1 yeast: