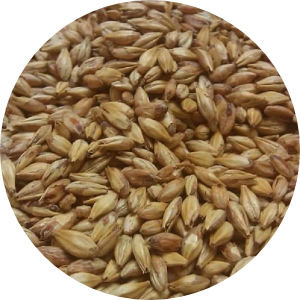 Chit malt is essentially raw barley that has been barely malted. It has a substantial beta-glucan content and that typically requires a beta-glucan rest to avoid later brewing problems. It is used to promote foam formation, head retention and stability in beers.

These are the common ranges that we've seen with Chit Malt over the years. Each manufacturer can have slightly different qualities, so these ranges are based on a combination and average.

This product must be added into the mash to be effective.

We are not affiliated with any grain manufacturer. All copyrights and data are provided by their respective owners.

Beer Maverick has compiled a database on the most frequently used grains and adjuncts used in homebrewing. Learn about their uses and brewing qualities. Browse all fermentables »

Are All Barley Pale 2-Row Malts the Same?